Ha ha, you know what’s a novel part of modern life? A “drive-thru” window, assuming you consider the 1970s and ’80s, when drive-thru windows became omnipresent on fast food restaurants, to be recent enough that someone might find their existence noteworthy! Anyway, what today’s Shoe asks you to imagine is this: what if there were a mortuary that had a “drive-thru drop-off window,” and while drive-thru windows are usually a means by which you can access an establishment’s goods or services without leaving your car (something already available to funeral customers), the implication of “drive-thru drop-off” seems to be that you’d drive up to the mortuary with a corpse in your car, and just heave it out your window and into the funeral home, then drive off, presumably to have your car’s upholstery cleaned, because of the dead body smell. Pretty funny, huh? Yes, this is definitely the juxtaposition of two discordant ideas for comical effect! 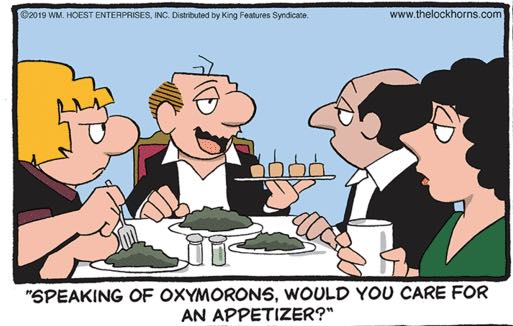 One would assume that whatever gelatinous off-green mass is on everyone’s plates here is the evening’s main course, so it’s honestly weird that Leroy is only now pulling out this even more inscrutable selection of appetizers. Presumably their preparation was terribly botched even by Loretta’s standards and the decision was not to serve them, but then Leroy fished them out of the trash and stashed them at the ready on the off chance that a wordplay opportunity like this would present itself. Dinner with these two must truly be among the most tiresome things anyone could imagine. 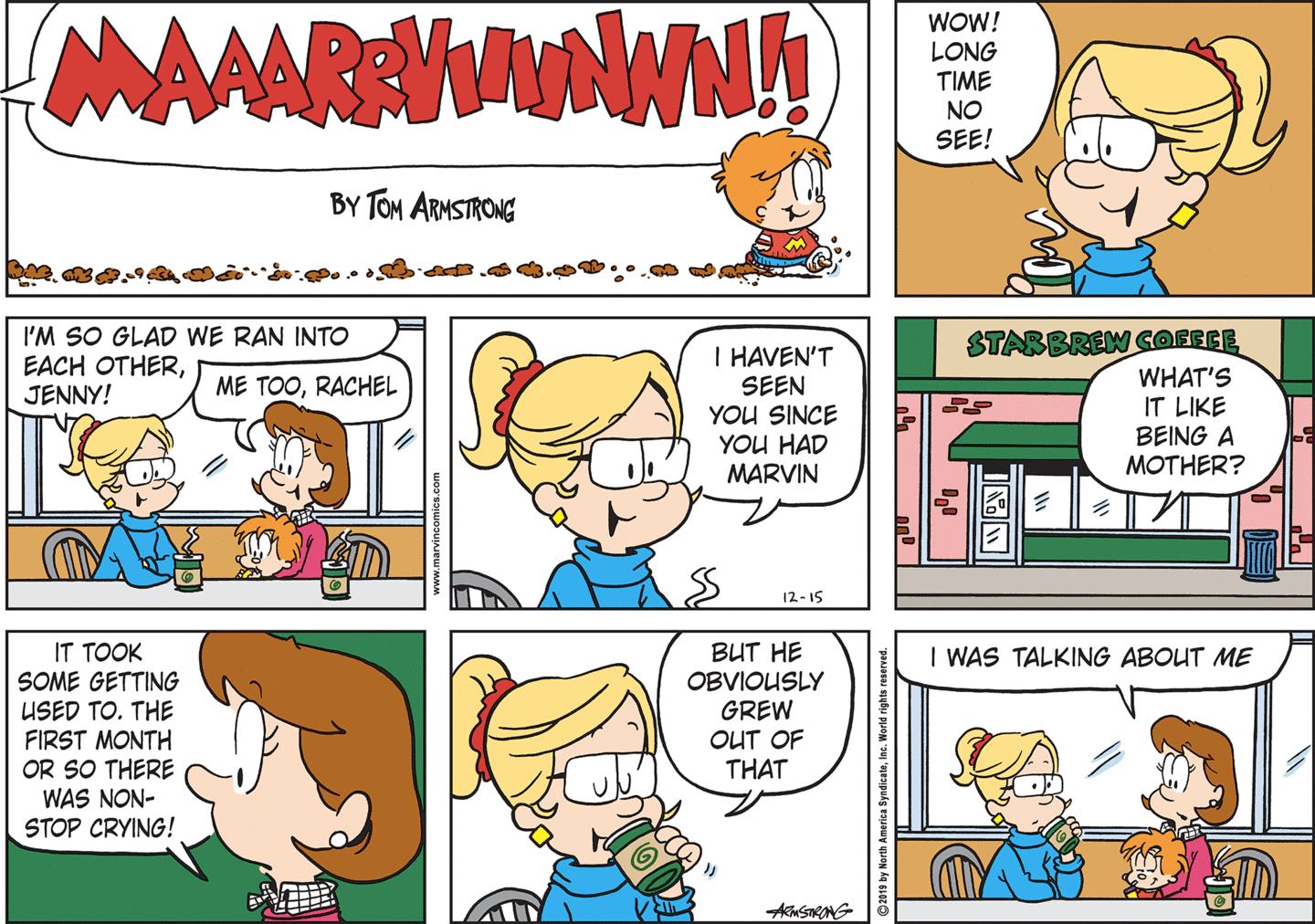 I revisit the concept of comic book time, in which characters always exist in more or less the current calendar year but never age, a lot on this site, but today’s Marvin in some ways reverses it. Usually I imagine characters like Hi and Lois’s Trixie frozen in time, aware of their eternal infancy but unable to break out of it. But today we learn that for Jenny, Marvin’s birth wasn’t that long ago, and her pre-motherhood life is still recent enough that she can catch up with an old friend from those days without much oddness or awkwardness. Sure, he’s a terrible baby who brought her to tears, but she’s confident that will pass, as he naturally moves on to other stages of life, learning to speak, read, and, of course, use a toilet. Meanwhile, in real life, I’m the one who’s trapped. I’m the one who’s been making jokes about Marvin shitting himself for nearly thirteen years now. The characters in these strips are just scribbles on paper, and the prison of the comics is a prison for me and me alone.