Oh my gosh we’re wrapping up this week with a VICIOUS BEAR ATTACK!!!! And, folks, I don’t want to bring anyone down but … it’s clear that literally everyone in this strip is going to be killed by this bear. I mean, look how close they all are to it. Genie’s face is twisted in terror and possibly pain; if that huge claw, just inches from her body, hasn’t already sliced her open, it surely will on the next swipe. Mark, sadly, is just reflexively barking out nature facts; his expert ID of the bear’s species will be the last thing he ever says. Mingma and Dr. Camel are both trapped under the wreckage of this hiking station, and my main question about them is: whose leg is this? 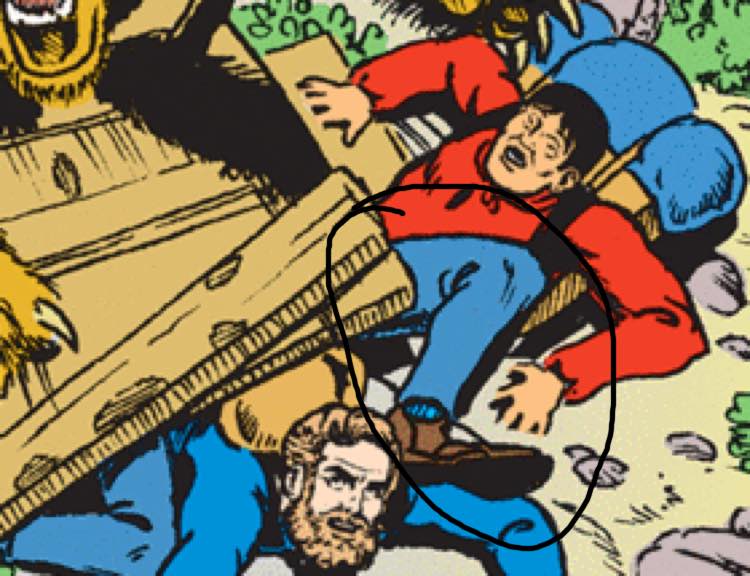 If it’s Dr. Camel’s, it’s horribly twisted in his hip joint, and if it’s Mingma’s, it’s clearly been snapped off entirely. Either way, both men only have seconds left to live. Not-Mingma will be spraying a cloud of bear repellant behind him as he flees into the mountains, leaving a scene of absolute carnage behind him. Presumably the next day or two will serve to wrap everything up, the Sunday strip will be dedicated to bears and their propensity for eating human flesh, and then that’s it: RIP Mark Trail, 1946-2019, it’s been a real one.

Meanwhile, Funky Winkerbean is here to show Lillian why her book events are so sparsely attended: instead of writing some piece of shit mystery novel that nobody liked, she should’ve done a graphic novel about her beloved spouse dying of cancer. That really packs ’em in to the book signings, even literally years after the thing’s been published, and, good news: if they don’t get your cultural references, you can just belittle them right there, giving you a big ego boost! (Gotta wonder what sort of interaction with a clueless youth who showed shocking ignorance of the Lone Ranger and its important place in the American pop culture landscape prompted the run of bitter “kemosabe” jokes in this strip, but that’s neither here nor there.) 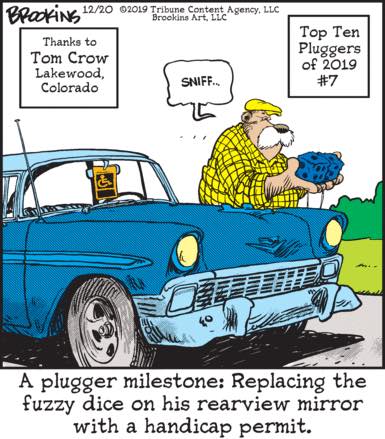 I’m genuinely touched by the delicate, almost reverent way this plugger is holding those fuzzy dice as he carries them to their final resting place, presumably a dumpster behind the local Carl’s Jr.