Barney Google was absent from his namesake strip for literally decades, but he started making occasional appearances back in 2012 that have become frequent enough that his presence in the strip — and in Hootin’ Holler — have ceased to be noteworthy. Why, he’s even participating in the ordinary of rhythms of the community, by, for instance, getting the absolute shit beat out of him for no good reason, it’s just a thing people do out here, we guess. 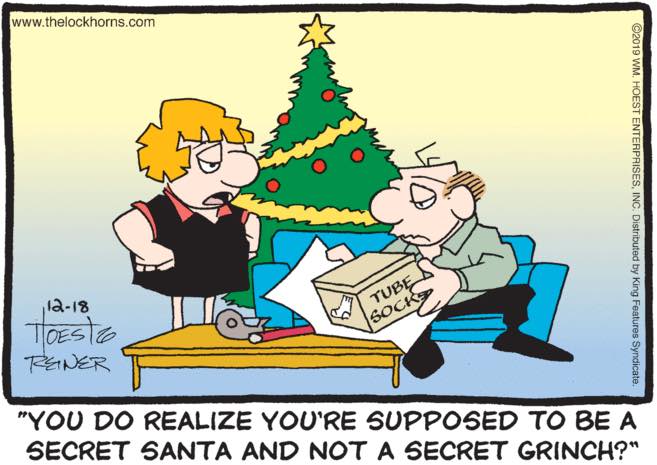 The thing I love about this panel is how comprehensively miserable Leroy looks. Like, do you think he wants this? Do you think he wants any of this? But despite Loretta’s snide remark, he knows his duty. He’s going to wrap up that box of tube socks and give them to somebody, by God. Don’t let anyone say he didn’t do what was expected of him, even though it kills him inside.

The “proof” Harvey is talking about is definitely yeti turds, right? Harvey’s gonna make Mark look for yeti turds? Very excited for the rest of this week!