I’m not sure what, exactly, this strip implies about the world in which Shoe takes place. Do the characters live in a parallel bird-dimension whose history echoes ours in many ways, with bird-Nixon and bird-Coolidge occupying at various points in the 20th century this universe’s equivalent of the White House, which I assume is perched precariously in a tree? Or are we meant to understand that the birds have been watching us for decades, with intellects intellects vast and cool and unsympathetic, noting the coming and going of our human leaders, waiting for the right time to strike, to wipe us all out and take our comfy sweaters for their own? 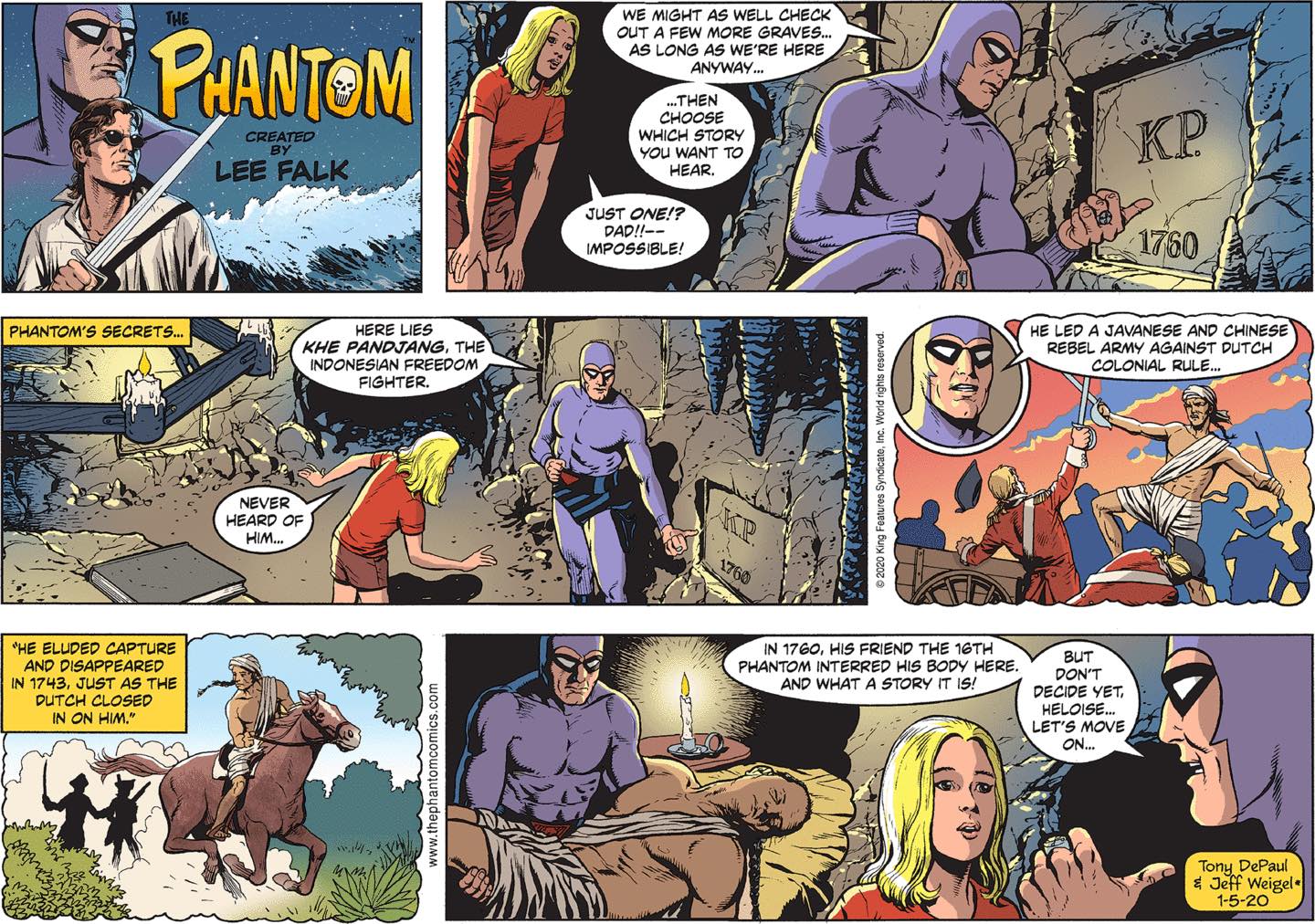 “See, Heloise, our line of shadowy puppetmasters, who kept native people under their sway via manipulation and fear, and who meticulously maintained their pure European bloodline despite living in Africa for centuries, were actually anti-colonialists. We’re the good guys!”

“Hmm, so why is it that European powers managed to colonize Africa anyway? Did our ancestors collab–” 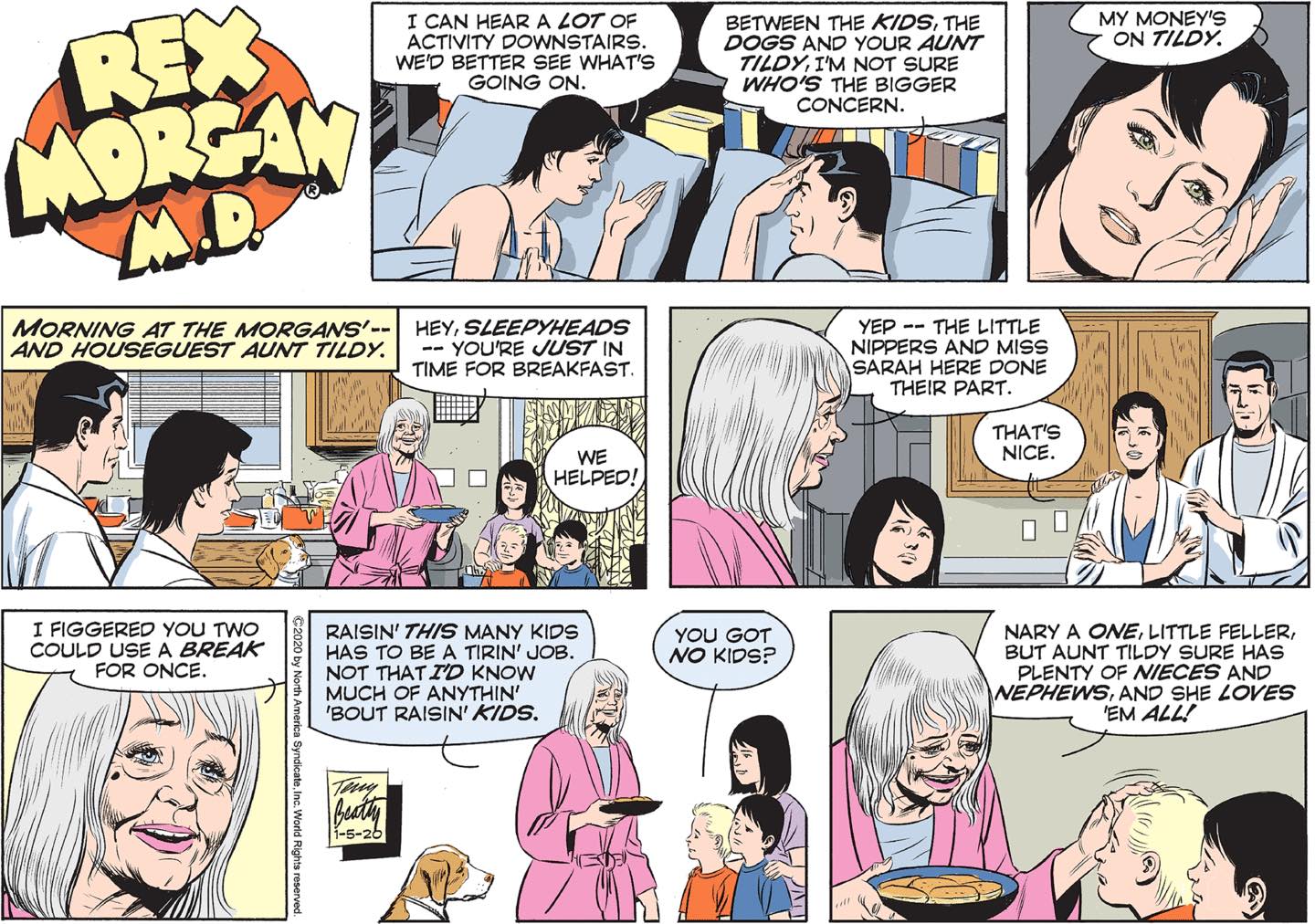 Ha ha, it’s Aunt Hildy, June’s meddling, troublesome distant relative! What mischief is she getting into today? Why she’s … keeping the kids busy while Rex and June sleep in and helping make breakfast for everyone? Wow, can’t wait to see what kooky antics she gets into next!