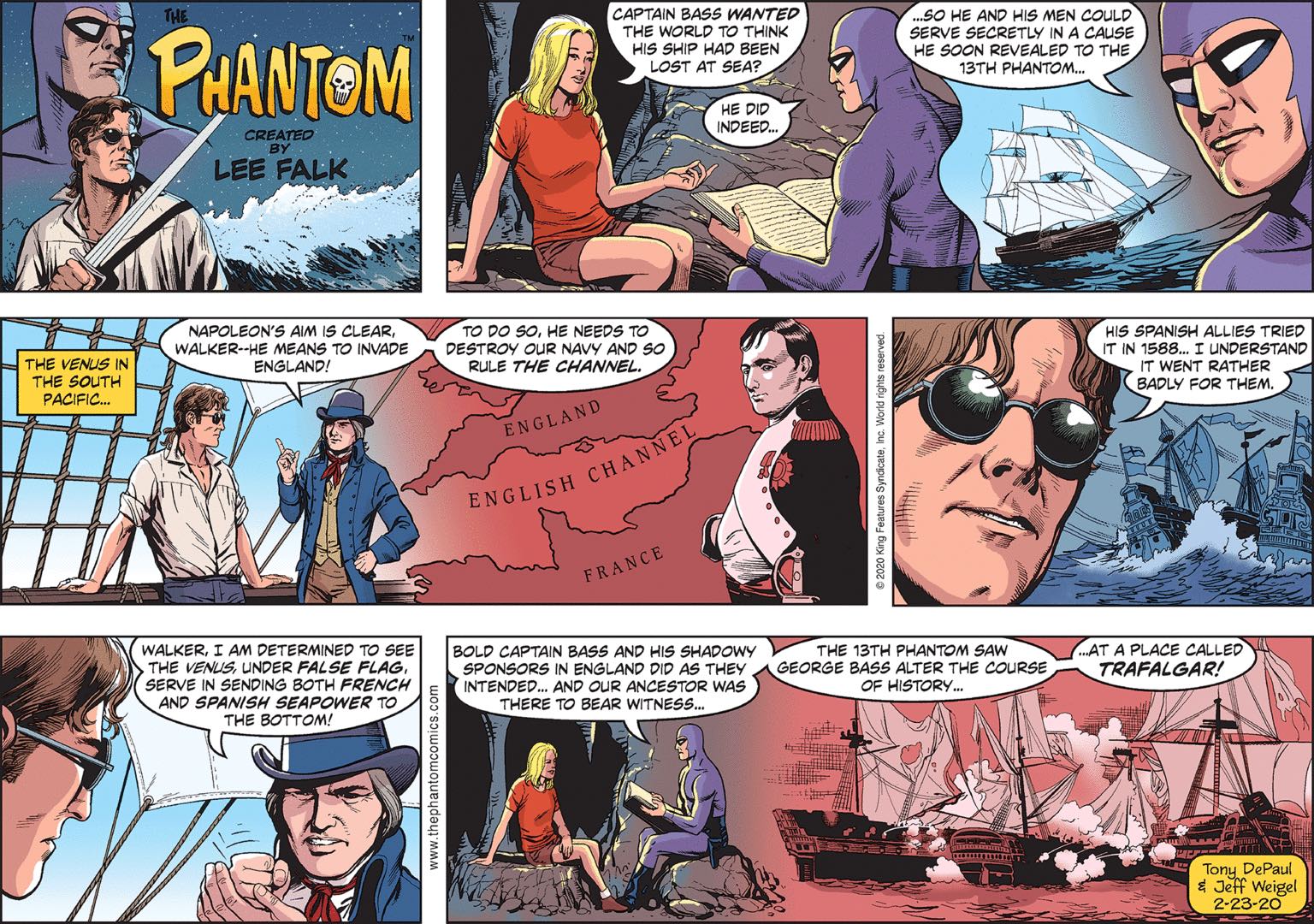 In the Sunday Phantom storyline, our hero is taking his daughter on a trip down memory lane (if you’re a Phantom or Phantom-adjacent, a “trip down memory lane” is your dad reading from a musty old journal while you sit in a creepy cave full of tombs) to teach her about her heroic Phantom ancestors. Did you know the 13th Phantom helped defeat Napoleon? This might seem a little far afield from the Phantom’s remit to fight against piracy, but surely by aiding the British and their Empire this hero helped defend his African home … wait, what’s that you say? Well, hmm, maybe he would’ve been smarter to let the French win, and … huh, that wouldn’t have helped either? Well gosh, our hero certainly was in a pickle, wasn’t he. Might as well stick it to Napoleon, I guess!

I’ve always found the title Mozart In The Jungle to be so goofy that I’ve worked hard to learn as little as possible about the show, just because I want to savor that name out of context. But now? Now that I’ve seen Holly suggest it as tonight’s viewing, as she flashes bedroom eyes at Funky? Now it’s forever tainted to me. I still don’t want to learn anything about the show, but mainly because I fear it will cause me to have reason to think back upon today’s Funky Winkerbean, which can only depress me. 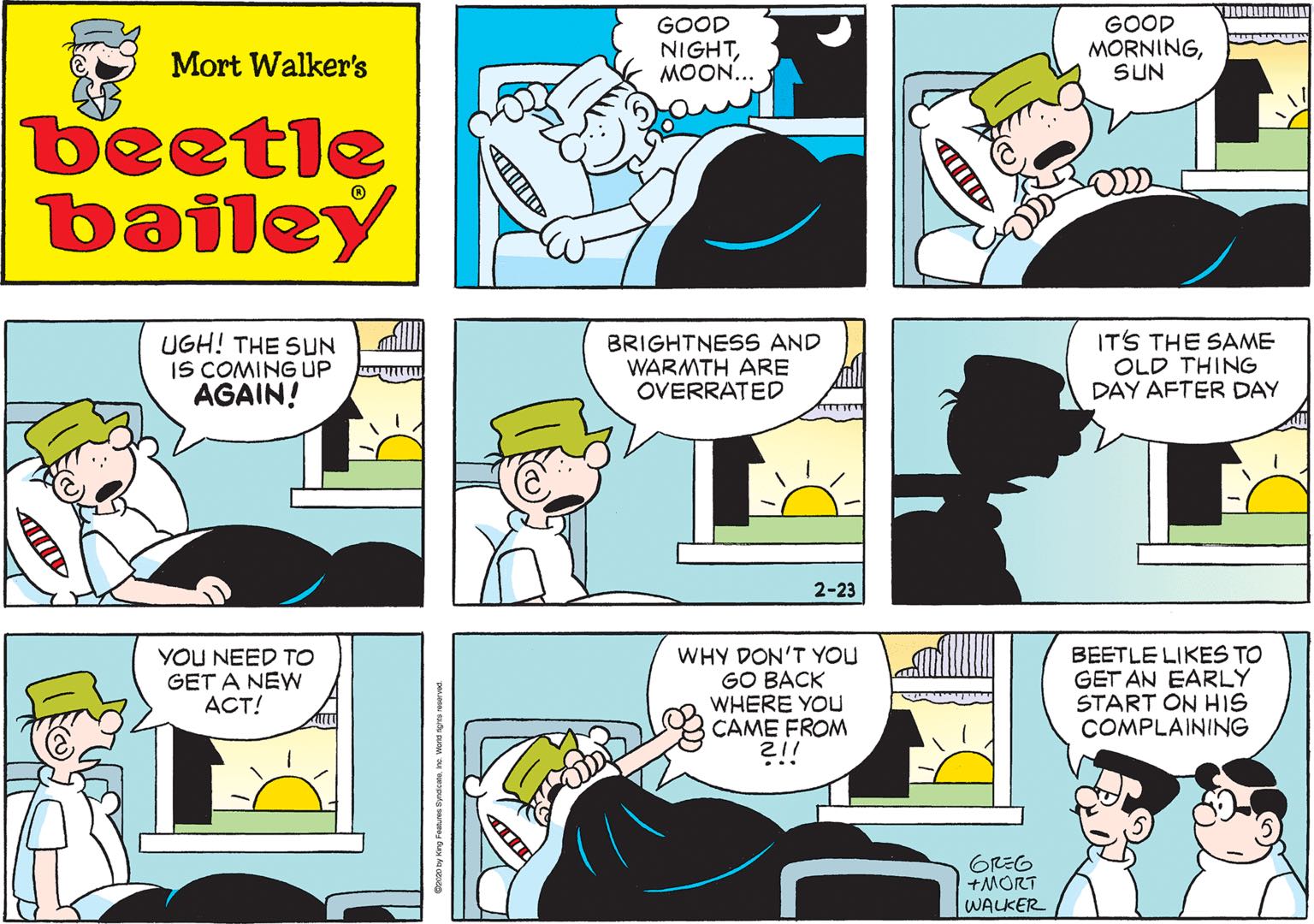 Beetle will only be satisfied by the eternal darkness … of the grave.