Huh, like more than a year ago I made a drunken boast about including Baby Blues in my comics-reading rotation, and I have, but it turns out I … almost never talk about it? Anyway, I’ve sort of hesitated to say that I find the single-breadwinner, stay-at-home-mom structure of the family kind of antiquated — not that such families don’t exist, of course, especially when you have three quite young children! I’ve always kind of wondered about the family’s career/economics situation, and according to the strip’s Wikipedia page Wanda used to work in PR while Darryl is some kind of generic “manager.” It’s definitely intriguing that Darryl thinks Wanda striking it rich on YouTube would be a big benefit for him personally, presumably because he could quit his job and “follow his bliss” while Wanda has to yell at her kids in ever escalating ways for her millions of devoted followers (she’s starting a YouTube channel because a vid of her yelling at her kids went viral, by the way). Probably CPS won’t show up for at least a month! 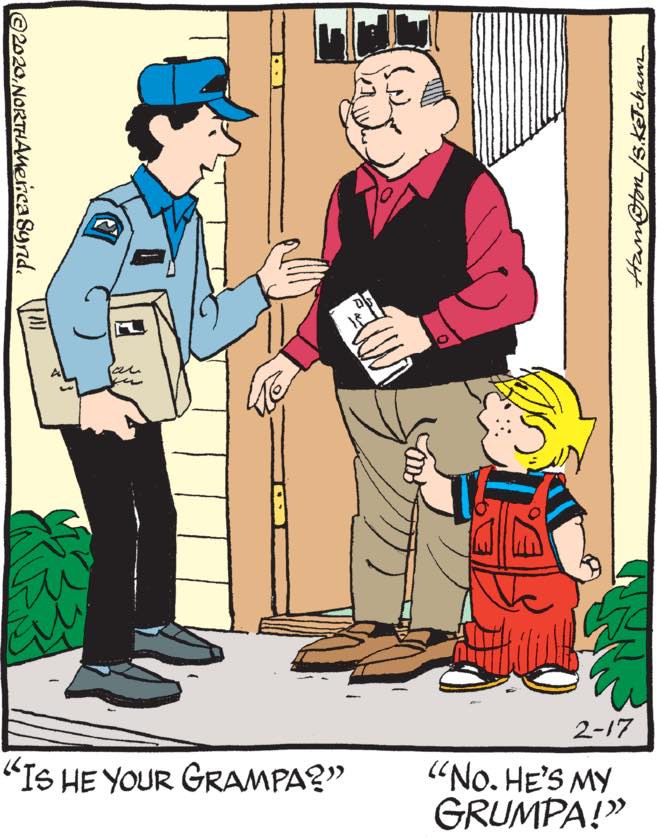 “Get it, like a grumpy grandpa? Seriously, though, he’s just my neighbor, and I hang out at his house all the time. We’re not related at all. It’s weird, right? I’m not gonna say it’s not weird.”

Ha ha, it’s funny because the violence Sarge dishes out on Beetle is the product of intergenerational trauma!