Wow, this is, uh, a little low-rent for Slylock and Max, isn’t it? Usually they’re off making arrests and solving mysteries to uphold the dignity of, and the monopoly on legitimate violence claimed by, the Glorious Animal Regime and its monarchy. But today they’re serving as chauffeurs for a bounty hunter, a sordid figure straddling the boundaries between public and private justice, and learning the finer points of how to sneak up on someone so you can drag them screaming from an abandoned house as part of some no-doubt extremely grim and depressing feud. Anyway, it looks like despite everyone’s best precautions, Slick Smitty has managed to escape, leaving behing poor Reeky Rat to take the fall, as usual. 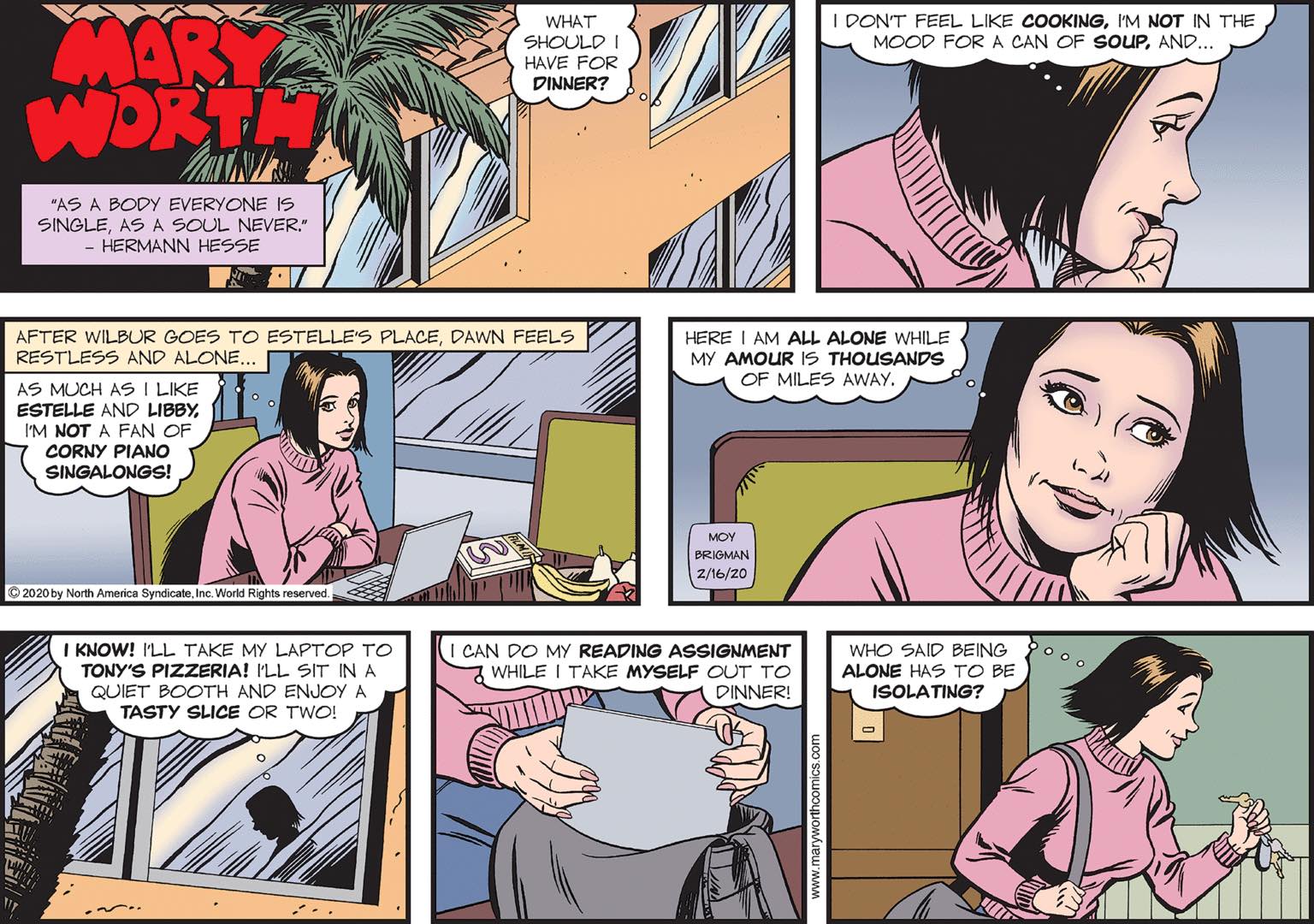 Dawn is, of course, a perpetual romantic victim — two-timed by Dr. Jeff’s son, left near-comatose after being dumped by some guy named Dave, wooed by married men — and so I think we all assumed that when her long-distance relationship dissolved in acrimony and deceit, exactly as Wilbur predicted, it would be because Hugo was stepping out. But now it appears that Dawn is the one feeling “restless” and “alone.” Who knows what erotic temptations will await her at Tony’s? As much as I’m tired of Weston-related drama, I have to admit that I’m kind of interested to see Dawn dish out heartbreak instead of suffering from it.