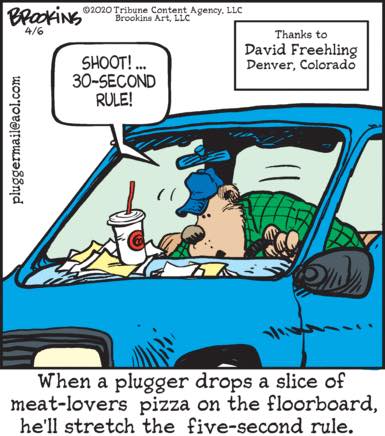 A rule of classic horror, which has somewhat fallen by the wayside in this era of all-too-perfect CGI effects, is to never quite let the audience get a good look at the awful thing you’ve been hinting at all movie, because their imagination will inevitably fill in something far more terrifying than anything you could depict in practice. That’s why I respect what Pluggers has done today, allowing us to dream up our own image of what that greasy slice of pizza, which just landed cheese-side-down on this plugger’s nasty-ass floorboard and is now covered by a thick layer of matted fur speckled with gravel, will look like right before he shoves it into his greedy maw.

It’s finally baseball season and we can move on from the utter snooze-fest that was the basketball plot, though we’re still in the early stages of this storyline, which is to say that Gil is just rattling off the names of various players to his compliant, favored media outlet. Still there are hints of fun to come: the outfield will feature unapologetic fraud artist Tiki Jansen and violent scissors criminal Chance Macy, so I assume that by “a lot of speed” Gil means they’ll be running a amphetamine-dealing ring from the dugout. 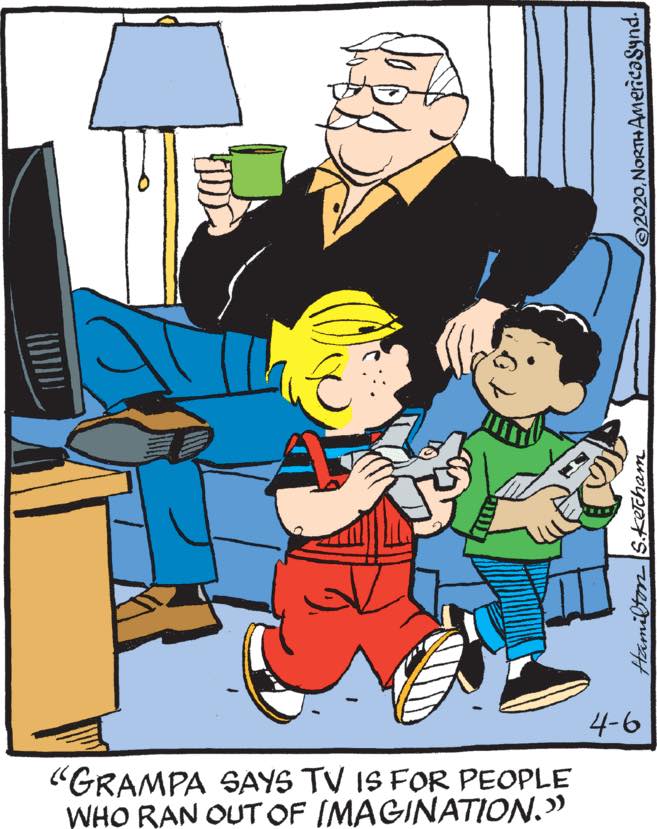 “He’s still sittin’ there watching it, though! Dad says old age has really turned his brain to pudding.”