Oh, wow, it turns out Mike “The Mayor” hasn’t just been suspended or kicked off the team for his knifecrime; he’s been expelled from school, which has him understandably soured on the American education system! Still, I don’t like the sneering way he labels a woman who I assume is his mom as a mere “real estate appraiser” unfit to deliver insights into Southern Gothic literature or whatever. You can learn a lot from a real estate appraiser! Obviously they use a lot of applied math in their job, and they’re mostly independent small business people with a lot of practical knowledge of what that entails. They also are pretty attuned to the nuances of the real estate market, and how it’s connected to both macroeconomic and socioeconomic conditions — and because they go inside a lot of people’s homes while they’re still living in them, they can tell you quite a bit about the diversity of human private lives. That’s gotta be good for, what, a week or two of home-schooling, until Gil grandstands at a school board meeting and Mike’s back in class, stabbing whoever he wants? 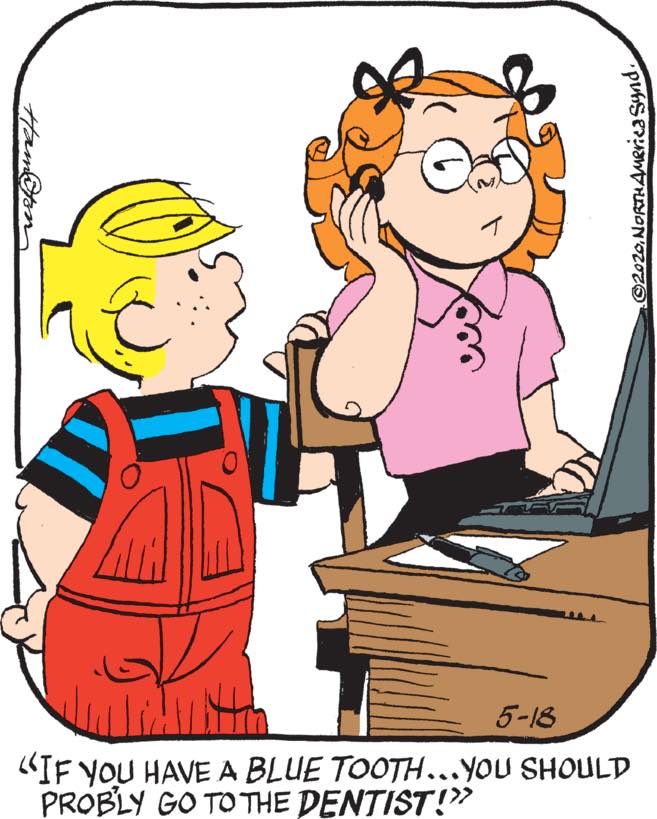 The gap between “Margaret has a weird romantic obsession with Dennis” and “All the things that are ‘annoying’ about Margaret are actually future marketable skills, whereas all the things that are annoying about Dennis are actually annoying” has never been greater than it is today. Margaret is sitting there with a Bluetooth headset and a laptop because, I assume, she has an actual white-collar job now, whereas Dennis isn’t even making a joke here, he’s just painfully stupid. Painfully stupid. And by Margaret’s face, she may have finally wised up.

“No resistance on his part? Or did he stay behind enemy lines, plotting with confederates, importing weapons with the help of British spies, occasionally assassinating Gestapo officers, and preparing for the day when the rest of the Allies and an army of colonial troops would arrive on his shores, and your relationship would once again be liberated from the boche, who I guess is Jared, in this scenario?