Oh, say, it looks like Hollywood Bad Boy Jeremy Cartwright is going to get more than he bargained for in his ridealong with Mark Trail, because instead of seeing Mark natter on about nature or whatever, which he’d snicker about in between bouts of surreptitiously doing lines of cocaine, he’s gonna get to see Mark punch out some evil bighorn poachers, which he’ll deeply respect because the only people he’s ever punched out have been his fellow actors under the careful guidance of an on-set fight choreographer and a paparazzo that one time, when he was on a lot of cocaine. I don’t think the guy in the first panel is meant to be against the highly illegal bighorn sheep trade, by the way; I’m pretty sure he loves crimes and his face just looks like that. 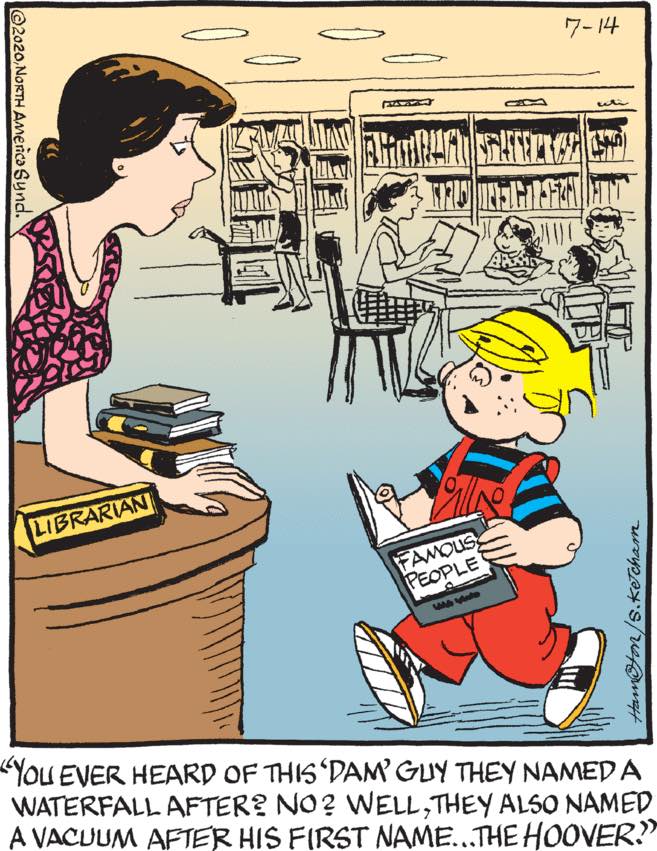 The real menace here is not how dumb Dennis is, how painfully dumb he is, just dumb as a box of rocks, but rather that the library, knowing that today’s youth is shallow and obsessed with celebrities, has a book called Famous People that they hand out to the little shits to keep them quiet. It didn’t work in this particular case, but you should see what a mess it’d be there without it.

If just seeing an actress in a Lisa wig has sent Les into a state of catatonia, then seeing Mason wearing a Les 1.0 hair prosthesis will kill him, just strike him dead where he stands. I honestly would like to think that this was the plan all along. They’ll all finally be free of him. 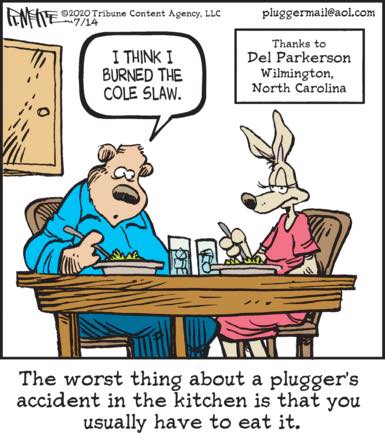 The “you” in this caption really sent a chill down my spine. You think pluggers don’t affect your life? Wrong. You’re trapped here with them, and their screwups are your problem and there’s nothing you can do about it, so get ready to chow down.