Well, we finally got through the boring parts of this storyline — like the part where Rex did the same dumb normal doctor stuff he does now, but in the past, or the part where he fell over, or the part where he got a free medical practice — but now, at last, we’re getting to the emotional meat of the story, where Rex and June get to know one another and explore their feelings and — oh, what’s that? We’re not getting that at all? Rex hired June, and then proposed three months later, with nothing of interest happening in between those two events? Huh. And then she said yes? Huh. Anyhoo, I guess we’re wrapping this up and moving onto our next storyline, which is probably about … Buck’s favorite rockabilly performer! Bet he’s down on his luck! 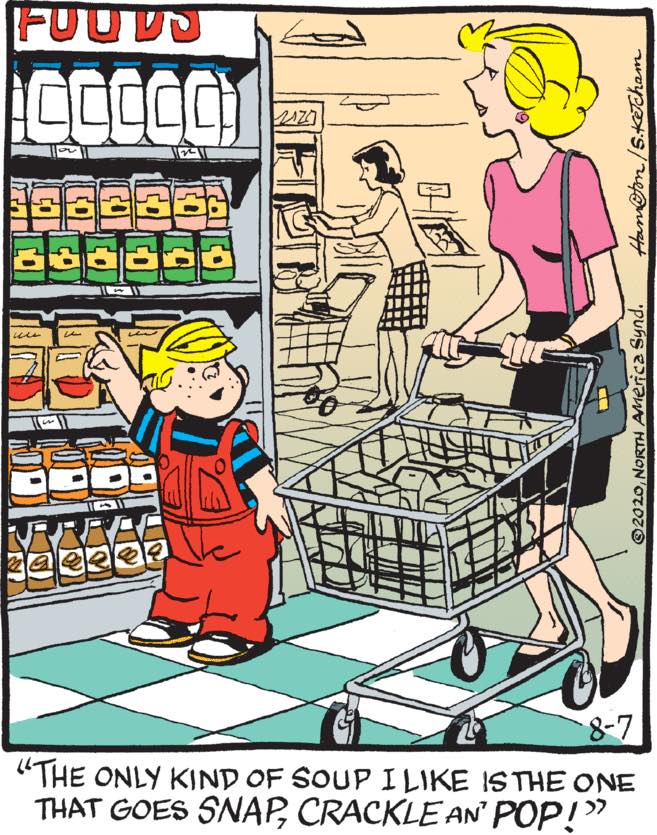 Is a hot dog a sandwich? Is cereal a soup? Is a pop-tart a calzone? Sounds like Dennis has been getting involved in pointless social media/messageboard discussions from two or three years ago, which honestly is at least medium menacing.