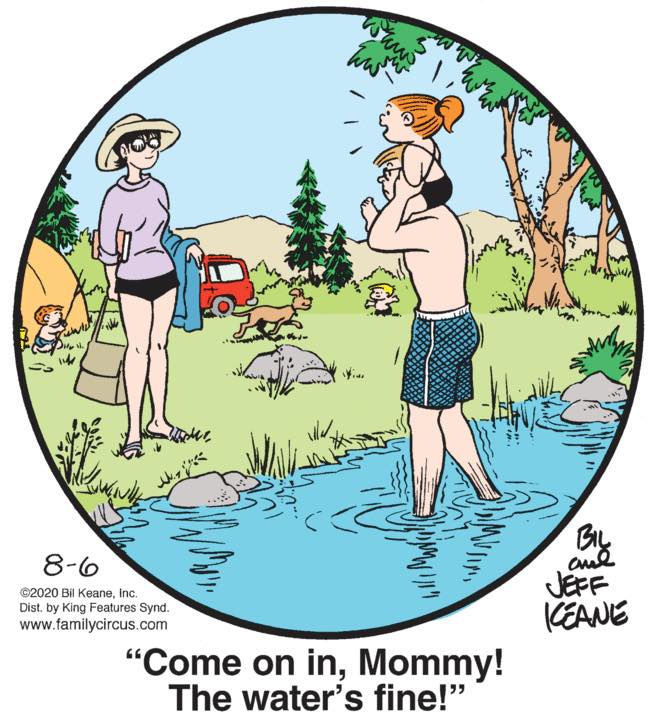 I get what’s going on here — the water is icy cold, which Dolly is blissfully oblivious about — but I have some notes on the visuals being used to convey this information. I guess those are supposed to be “shiver” lines around Big Daddy Keane’s legs, but they look more like steam (giving the exactly opposite impression of what the panel’s going for) or maybe stink lines, which one also doesn’t usually associate with cold. Although that is a creepy combo, isn’t it? A cold stink. Very Lovecraftian. Also Daddy’s skin seems to be turning black below the knee, representing some kind of horrific rapid-onset gangrene. I take it back, this panel is amazing, actually. 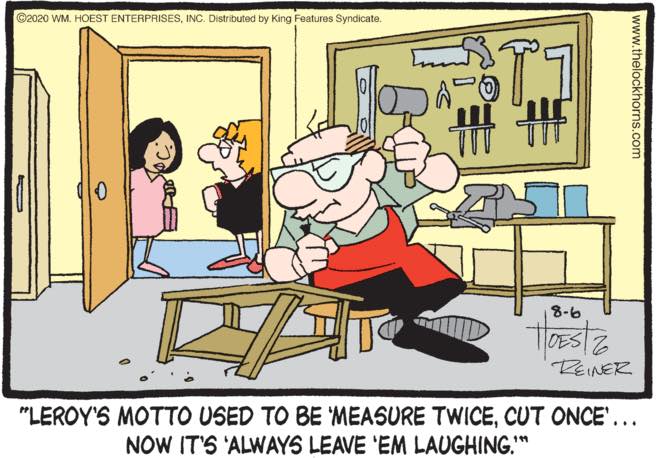 This panel manages to pack two incredibly sad facts into a single efficient gag: that once, long ago, when Loretta met and fell in love with him, Leroy was actually a thoughtful, careful person, but now he leans into his own incompetence as if performing for some invisible audience, all the time. 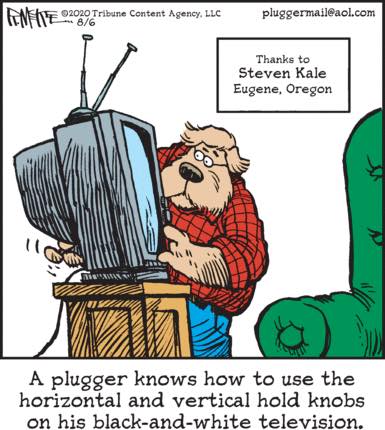 Pluggers are familiar with the technology that was prevalent when they were younger, in ways that others, who didn’t grow up with that technology, are not. That sure is a Pluggers joke, all right!