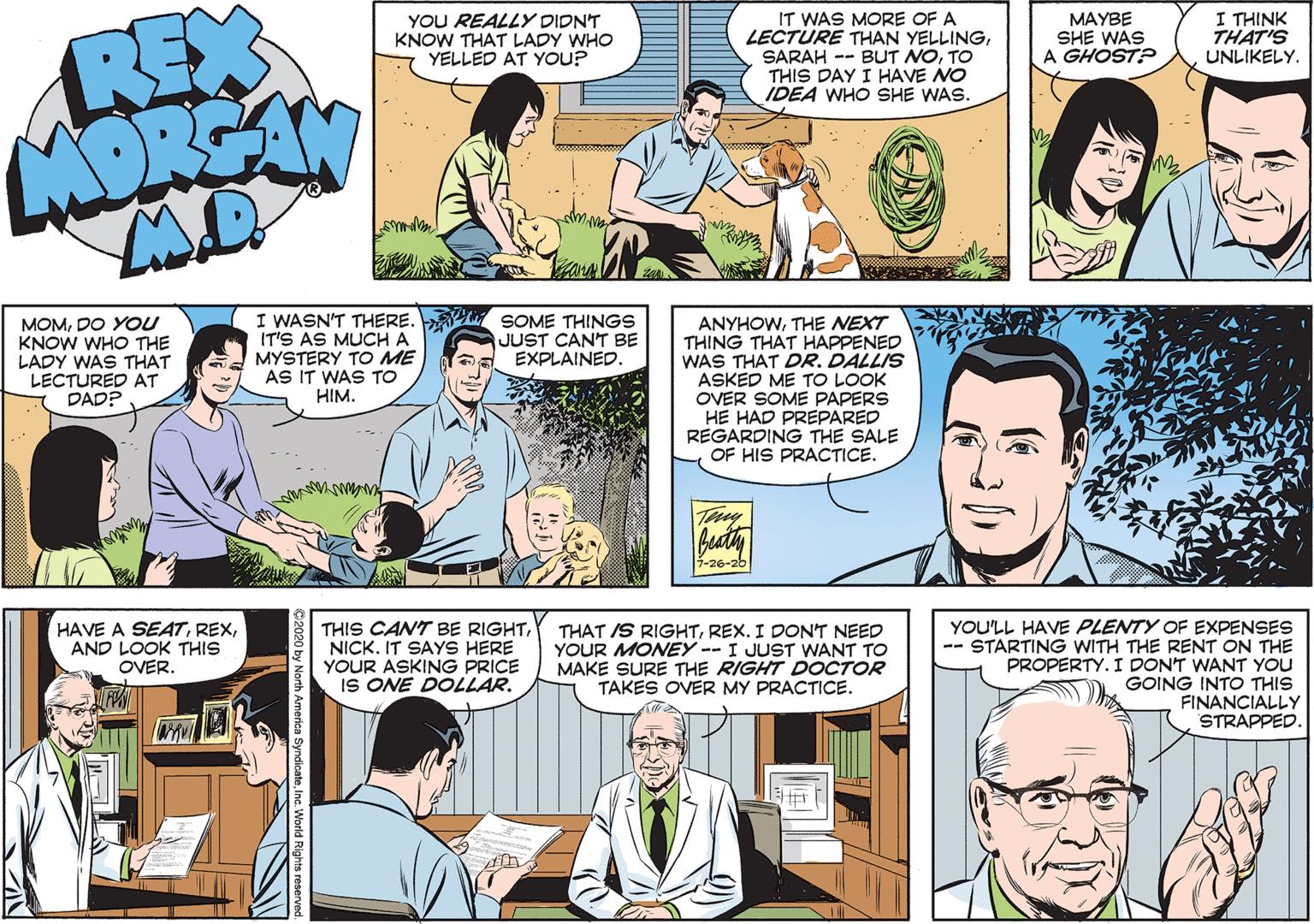 Well, it looks like we’re taking a trip through Retconned Memory Lane, where Melissa Claridge, a recurring character who had appeared in the strip for decades, including as recently as 2012, has now been whittled down to a spectral presence who manifested herself exactly once, to browbeat Rex into forming a heterosexual pair-bond with the last woman with whom he had any sustained interaction, and then vanished into the ether. Next up, apparently: remember the beloved running bit where people just gave Rex and June free stuff for no good reason? Well it’s happening again!

I genuinely love today’s Hagar throwaway panels, in which Hagar essentially orders Lucky Eddie to clamber down a sheer cliff face in order to get the two of them some beers. Eddie’s dubious facial expression really makes it for me.

“Also, a hedge fund bought the bankrupt company that owned The Gazette and a bunch of other daily papers in mid-sized cities, and the new executives immediately laid off half the reporters and paid themselves big bonuses, but it’s probably the Little Orphan Annie thing that you’re noticing, sure.”