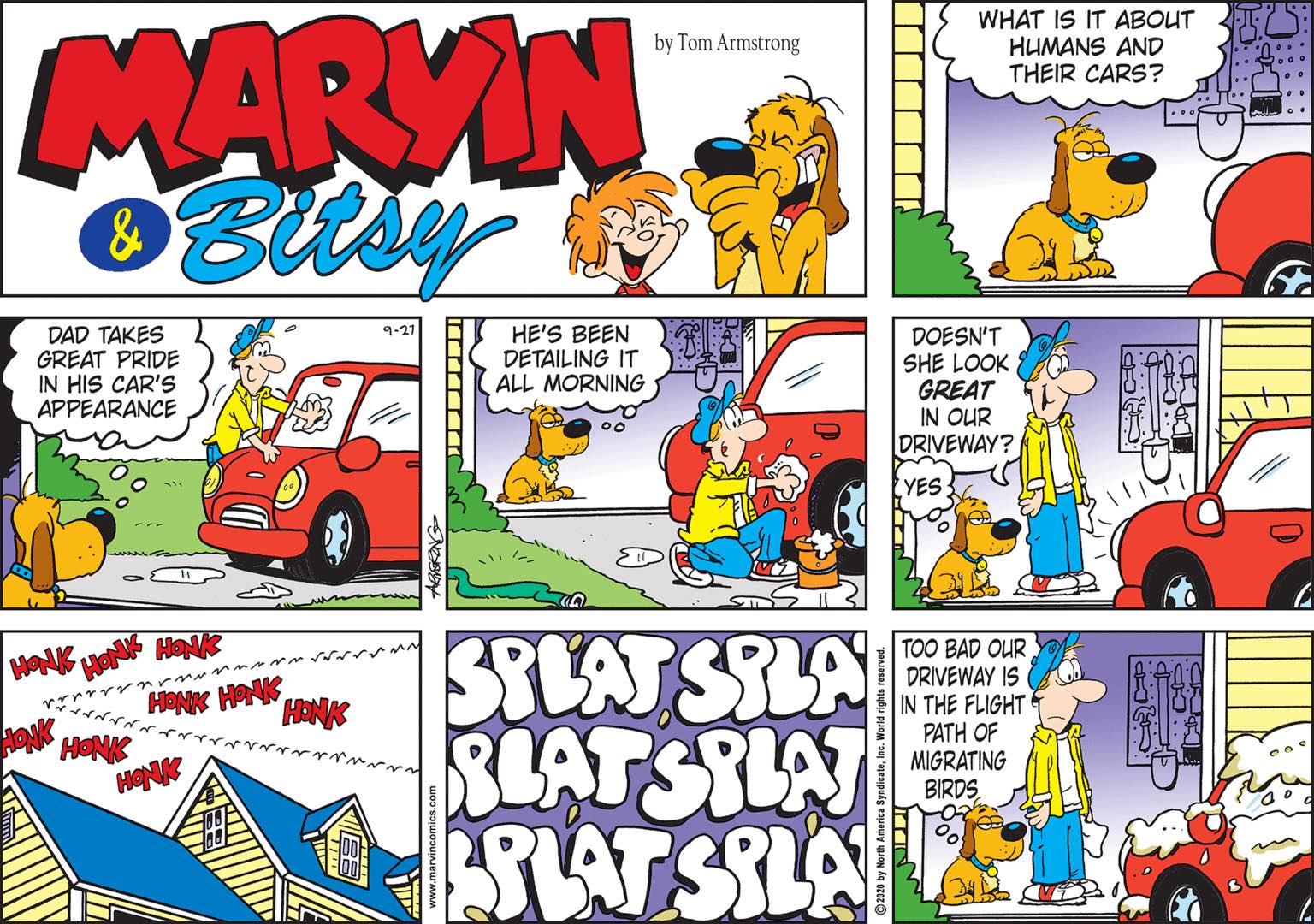 It’s become something of a cliche for me to complain on this here blog about how the widely syndicated newspaper comic strip Marvin is just obsessed with poop, but I have to say that I can’t remember of an instance of them actually just showing a steaming turd in the strip? (Other than the noxious title character, of course! [ba-dum-dum]) That’s why I confess I’m vaguely intrigued that the punchline (“punchline”) panel here depicts snowdrift-thick piles of bird shit on Jeff’s car. Why do you suppose they can get away with that and not actual Marvin poop? My guess it’s because bird crap looks just different enough from our own excrement (since this is a Sunday strip, it’s colored by the original artist and really captures that real-life white-brown tinge) that it’s not quite as taboo, but … I dunno man, I feel like this is testing our boundaries and we need to launch a prim letter-writing campaign about community standards or things could get very, very dark in this strip. (Dark brown, I mean, because we’re going to be seeing lots of drawings of Marvin’s feces.) 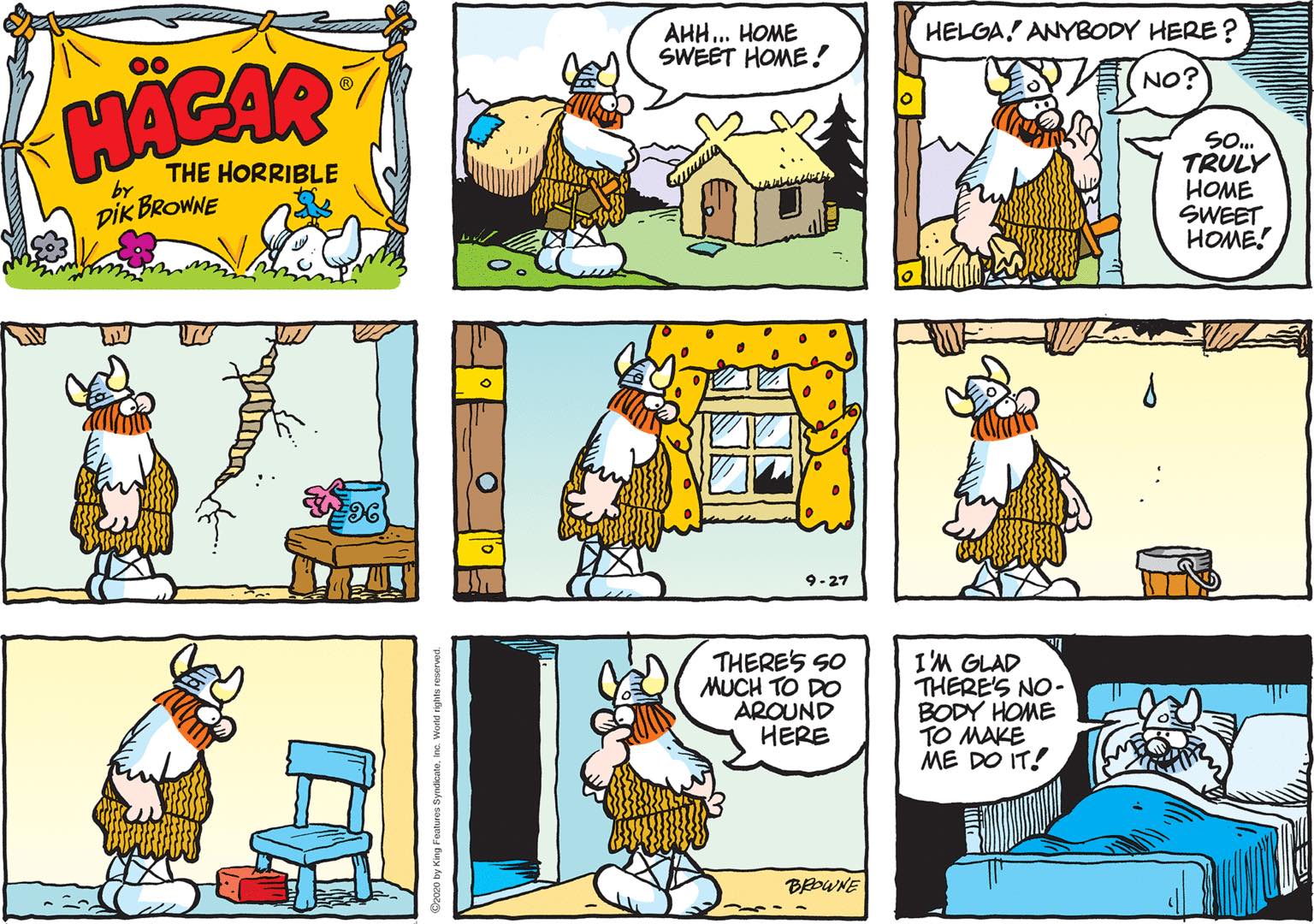 Hagar has come back from a long voyage robbing and pillaging, and his house seems to have been abandoned — maybe his family has left him, or maybe they’ve been kidnapped and enslaved by a rival raiding Viking band. Or they could just be dead! Hagar doesn’t seem to care much, though. Ha … ha?

I’m choosing to believe that Meg overheard yesterday’s stupid conversations about redundancies, got as mad about it as I did, and is now just rubbing her dad’s nose in it so he never, ever brings up the subject again.