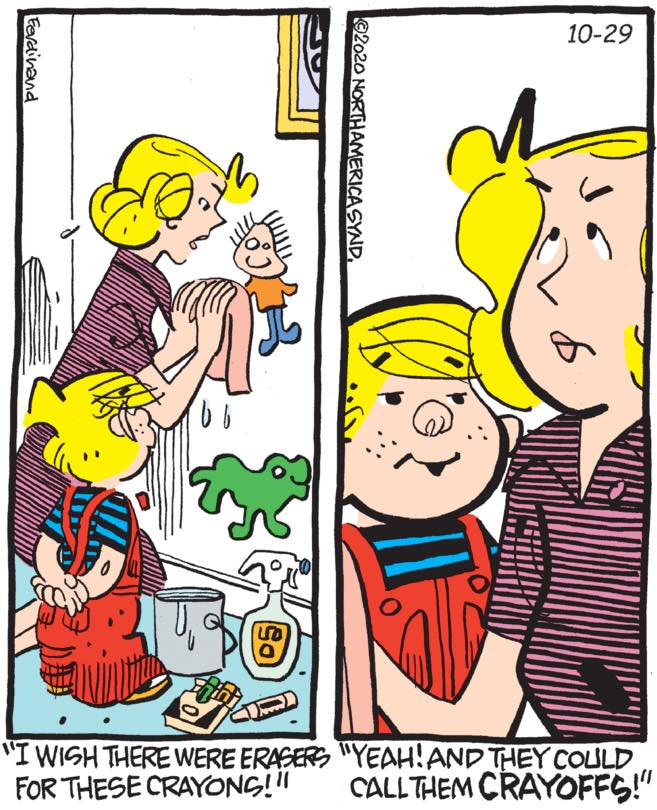 Truly, there’s nothing more menacing than a child who becomes extremely aware of their own ability to perform a sort of exaggerated pantomime of childhood antics. Look at Dennis’s sickeningly smug facial expression in panel two — it’s like he didn’t ruin the wall for the joy of it, but rather just so he could unleash this sub-Family Circusism on his poor mother. Dot, too, is really overdoing it; a child rejoicing in the suffering of a sibling is demonstrating a distasteful but natural human emotion, but she’s making such a big deal of her cruel mirth that it’s clearly meant for an audience, one that for the moment is withholding the attention she so obviously and pathetically craves.

Snuffy’s facial expression similarly seems wildly overdone, but I think we’re supposed to read it as genuine. See, he’s really depressed because he’s so poor and so deep in debt that he can’t afford to buy anything to eat, which is … the punchline to this strip, I guess?