Dick Tracy doesn’t gruesomely murder its villains like it used to, but I have to admire how efficiently this plot has wrapped up: Professor Stokes swooped acrobatically away from Dick and Liz, only to immediately be turned into hamburger by a cop car that was on its way to deal with an unrelated and presumably more normal crime. I like the focus on Dick dropping shattered remnants of the artificial fang apparatus into the evidence bag, just to remind us that, hey, you know who wouldn’t have died after getting run over by a car? A real vampire.

I gotta say, if your girlfriend saw you talking to a friend while he was waving a crack pipe in your face but you never actually ended up smoking crack with him, you should probably immediately tell her exactly what you did or didn’t do when she confronts you about it — or maybe even before! — rather than just saying vague, fake-sounding stuff like “It wasn’t what it looked like!” On the other hand, if you’re going to sassily tell your boyfriend that he needs to “tell it to the hand,” you need to shove the palm of said hand at his face, not just wave it around vaguely in his general direction. There’s plenty of blame to go around here, is what I’m trying to say. 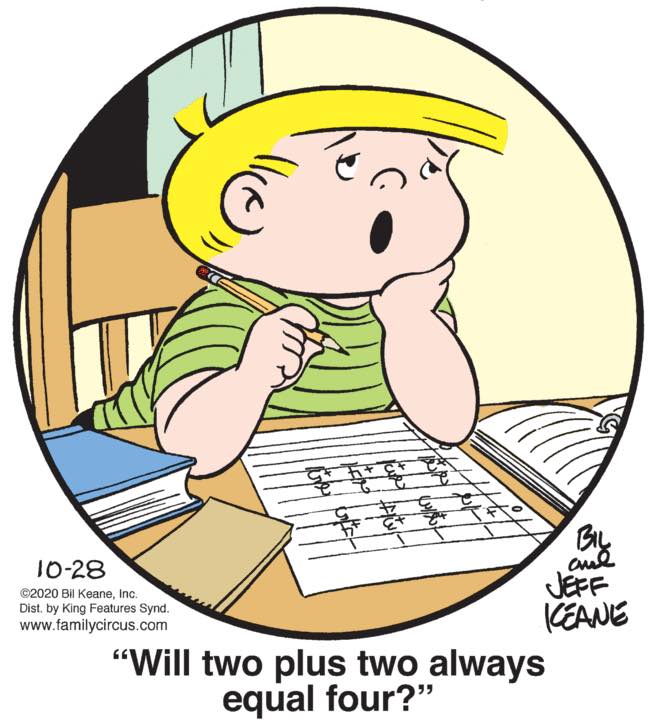 Yeah, Billy, the fundamental laws of mathematics that underlie the very fabric of our reality do in fact remain constant, sorry you find that so boring