I’m trying very hard to imagine what sort of elementary school curriculum might include the concept of a “horn of plenty”? An art history lesson on how a once commonplace object evolved into a standardized icon over the centuries, and has now become an almost entirely abstract symbol with no grounding in anybody’s day-to-day life, would be very interesting to me, though maybe a little heady for eight-year-olds. Meanwhile, what do you think is the most disturbing/hilarious part of Dagwood’s horn of plenty? A lotta people are going to pick the cooked lobster, which obviously isn’t going to keep very long unrefrigerated, but let’s not sleep on the hamburger that’s just kind of sitting on the table in front of everything else.

You’re probably wondering: What relationship does this entirely mundane domestic scene have to the Slylock Fox world of sapient animal dominance? Well, my guess is that we’re seeing the early post-animalpocalypse period, when the remaining pockets of human survivors have been defeated and confined to restricted zones, only allowed out to forage for subsistence at strictly defined times. This lady’s family is too hungry to wait to get this month’s provisions in the house. 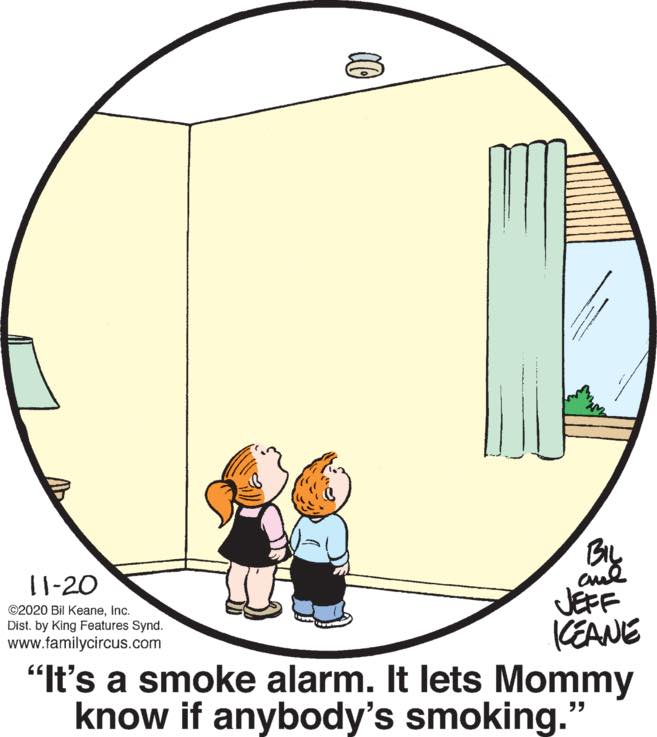 Wow, looks like Ma and Pa Keane finally gave into BIG GOVERNMENT’S DESPOTIC FIRE CODES and put some smoke alarms in the house, probably because someone from CPS threatened to put their children into foster care if they didn’t, and the kids seemed a little too into the idea.