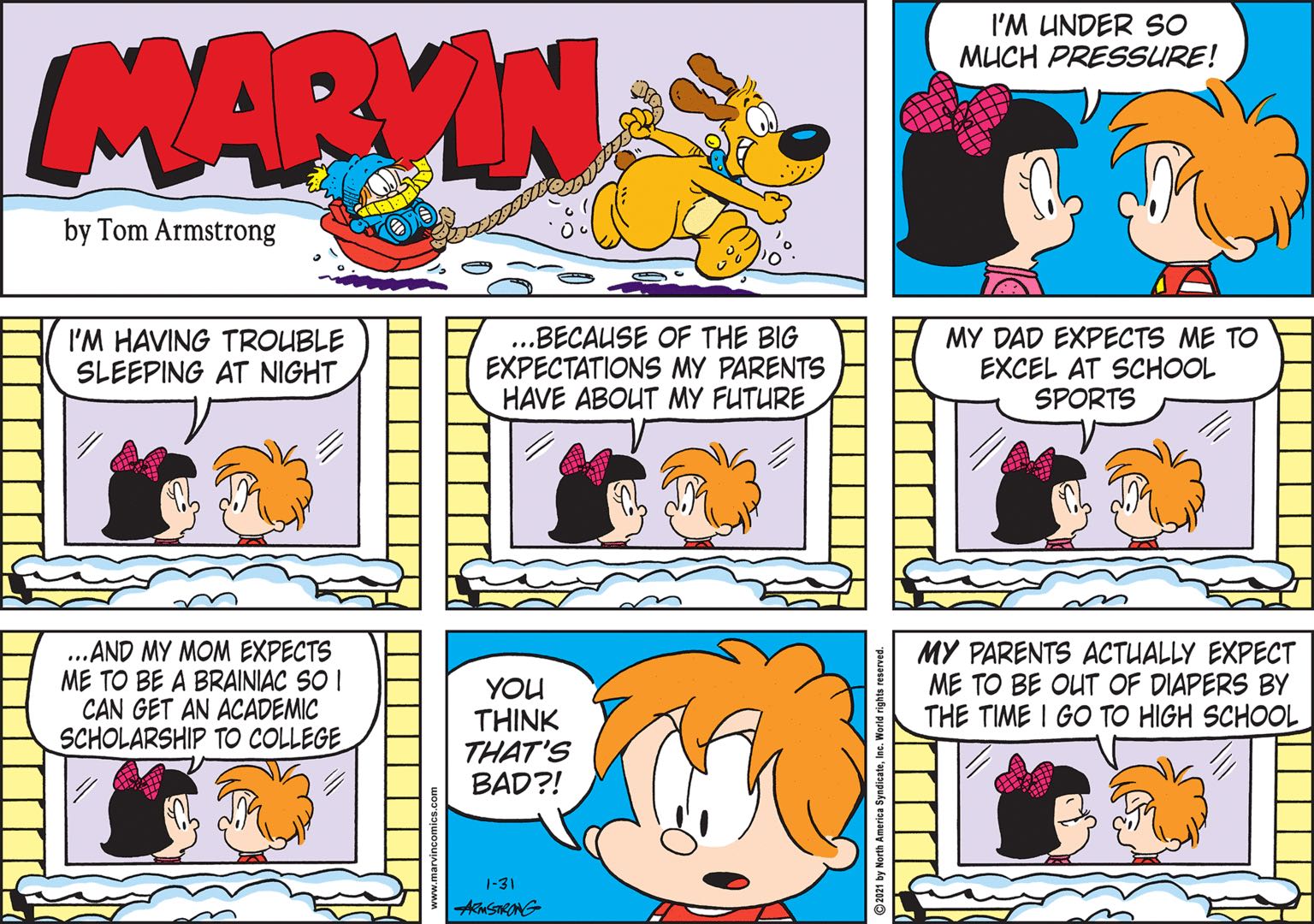 I feel like I’ve touched on this in a few recent posts, but I want to talk about it in slightly more detail today: I have become somewhat worried lately about coming across like one of those people who do ninety-minute YouTubes where they dissect all the “mistakes” in a movie, intending to “prove” that the filmmakers are idiots but mostly proving that they’re focused on minutia and not really taking in the big picture. Like, with today’s Marvin: I feel like before I go in on how weird it is, I need to establish that yes, I’m 100% aware that the idea that these characters are sort of like adults with adult worries and problems but are also babies isn’t something that’s wrong, in the sense of an IMDB “goofs” entry for Looks Who’s Talking that says “The movie depicts talking babies, but all these characters are far too young to be capable of idiomatic human speech.” I’m fully aware that the they’re-babies-but-they’re-not tension is itself the joke-radiation in which this whole strip is bathed. I’m just saying, if you’re inviting us to imagine babies who are capable of thinking, in very adult ways, about their future, and one of those babies is stressed about her parental expectations about her future education and extracurricular activities, and the other one is apparently planning to keep on shitting his own pants well into junior high — well, the “error” you’ve made is one of judgement, not world-building.

The text of the solution to this crime sort of implies that Slylock has set up this mystery to teach these animals about the complex web of institutions and processes that make up the industrial civilization they’ve taken from the humans — that cans of pea soup don’t just grown on trees, but must be purchased from a store, where someone places the can on the shelf, and someone else drove the can there in a truck from a warehouse, and it got to that warehouse from a factory, and so and and so forth back up the supply chain. But the drawing makes it seem like he’s mostly saying “See this guy? This is Count Weirdly. You see him, your job is easy. If he’s one of the suspects, he fuckin’ did it, man.” 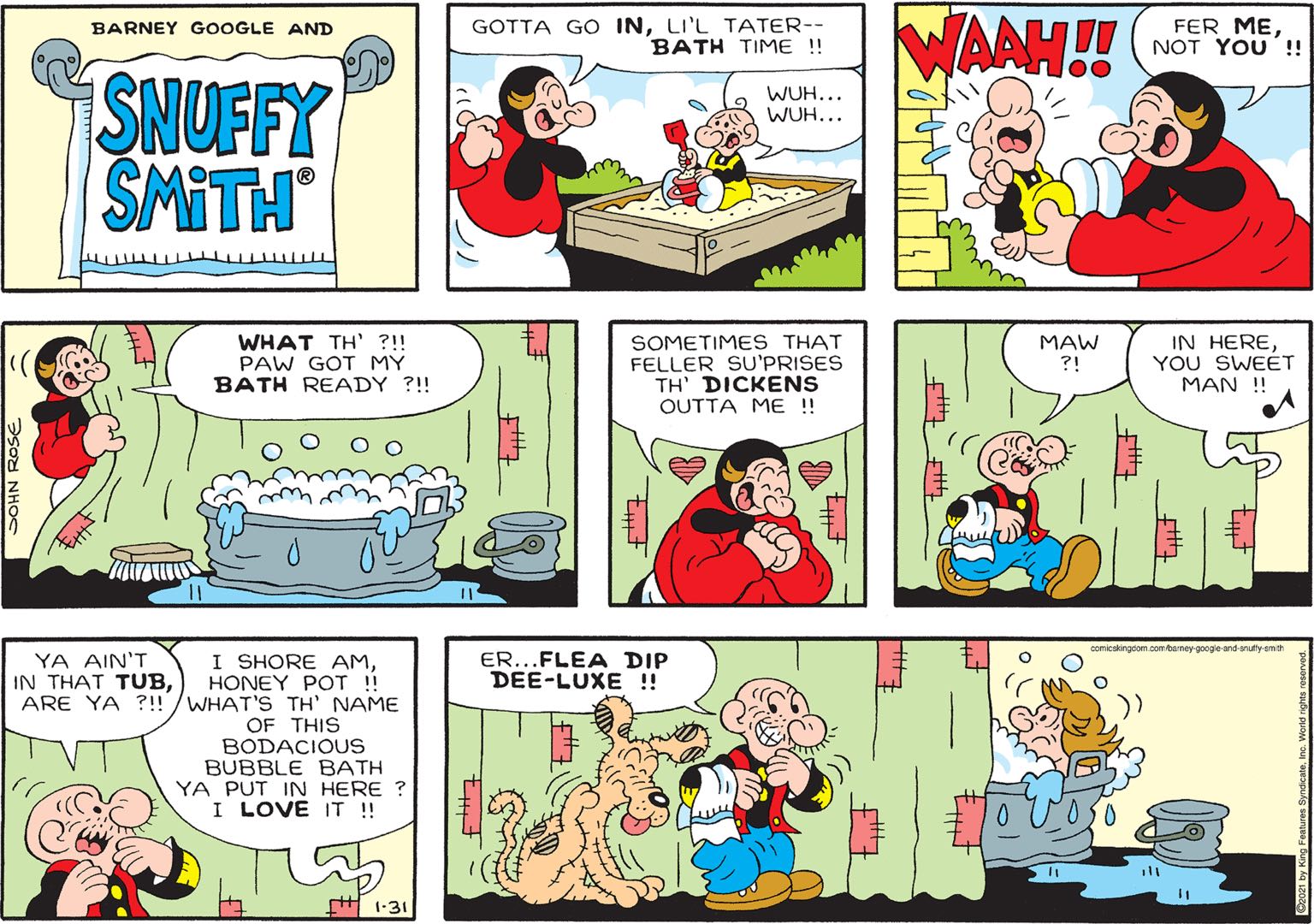 Obviously I know that, in this fallen, degraded age, newspapers feel free to print unspeakable filth in the comics section without shame. Still, even I thought there were some limits; but now that we see a proper Hootin’ Holler matron depicted in fully color without her kerchief, hair all exposed — well, now I know there truly is no depravity to which these people won’t sink.