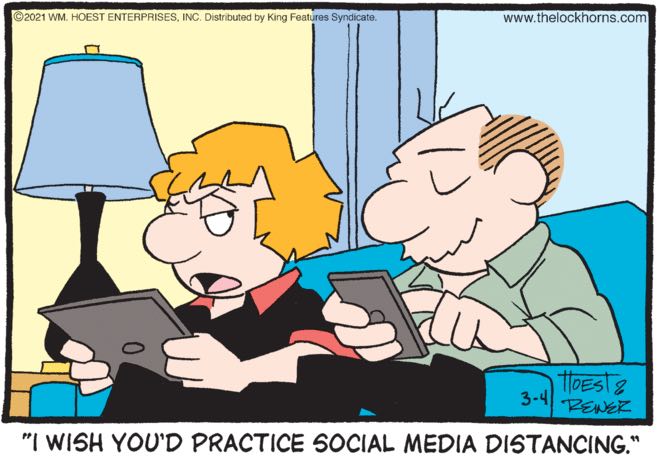 Man, I genuinely want to know what Leroy is up to on social media. Like, I started writing that sentence as a bit, but now I’m imagining all sorts of possibilities. Is he posting an ill-informed comment on his favorite sports blog? Letting loose a terrible political opinion on Twitter? Going through the entire Instagram feed of a statuesque blonde he met at a party and liking each of her selfies one by one? Uploading a compilation of Loretta’s funniest nags to TikTok? You can tell by his facial expression that he’s extremely pleased with himself, so you know it’s pretty bad.

Ha ha, turns out “church organist drops dead mid-service” wasn’t just a funny joke I made earlier this week but a real plot development in a newspaper comic strip, an artistic medium for children (?). Anyway, say what you will about Crankshaft, but unlike certain Funkyverse strips, it’s not sentimental about the dead, you know? That lady’s body isn’t even cold and they’re already browbeating Lillian into being her replacement!

LADY NONE OF THESE REFERENCES ARE PARTICULARLY OBSCURE, PLUS HE’S SAYING THE ACTUAL TITLES AND EVERYTHING

LIKE WHAT DO YOU THINK “GETTING” A REFERENCE MEANS