It’s always fun to learn something new about a medium you’ve written about for years, which is why last weekend I followed with interest this Twitter thread from various comics types about whether a comics character needs to be drawn with their mouth open when speaking. I’ve been checking this out in various strips ever since, and while I generally agree with their consensus that closed-mouth-plus-word-balloon is fine and actually makes faces more expressive in many cases, I cannot recommend a scenario where a character is speaking while their mouth is closed around a slice of pizza and they’re smiling and you can see a couple teeth, somehow. My main point here is that Eating Pizza In A Fucked-Up Way Week is rolling right along here on the funny pages. 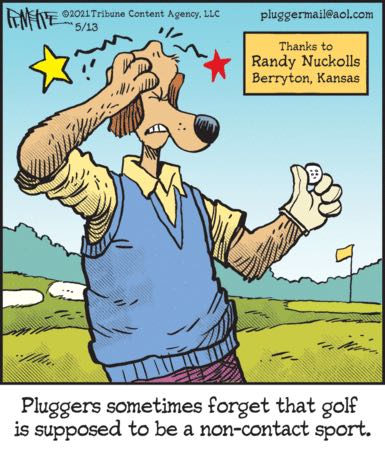 Since this dog-man is the one who’s been made contact with, and since his character design is what we might describe as “pencil-necked,” I think we have to conclude that he himself is not a plugger, or at least not the plugger who’s intended to be the subject of the descriptive caption. Somewhere out there, presumably back at the tee, is the plugger in question, whose thoughtlessness is a menace to us all. A bold assertion from a comic that’s meant to be “celebrating” pluggers, honestly! 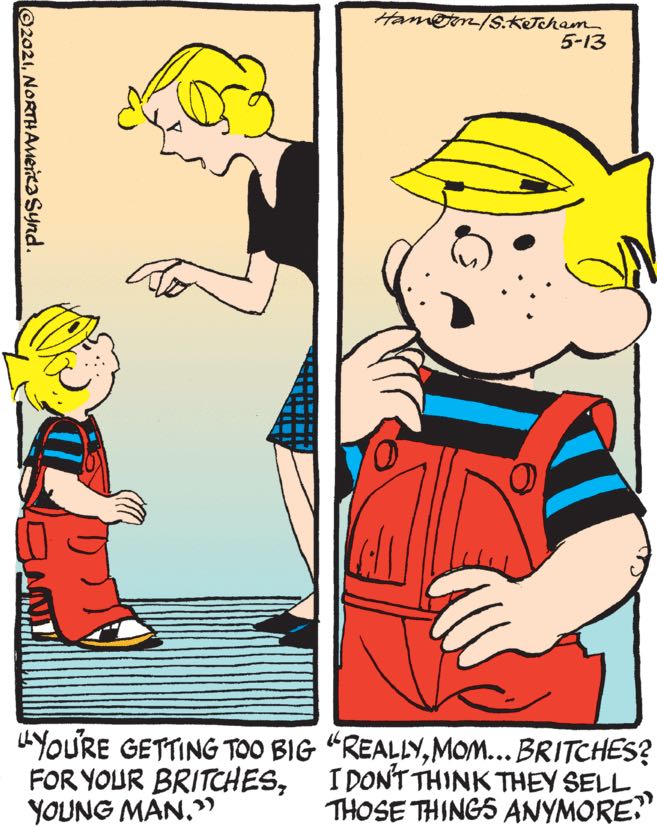 By pointing out his mother’s anachronistic language, Dennis threatens to unravel the entire fabric of his retro reality. He’s so committed to menacing he’s willing to undo his very existence in order to do it properly, and you have to respect it.