Wow, who could’ve possibly predicted that taking a protectee who already faced one assassination to the theater would’ve been a bad idea? Turns out this dress rehearsal wasn’t anywhere near as closed to the public as promised, so you better believe that our lovable pair of goth murderers are here to finish the job on ol’ Charlie. Anyway, I’m featuring today’s strip mostly to ask the very serious question of what in God’s name is going on with the mysterious figure in panel three. Is this yet another villain with a bizarrely specific costume shtick, wondering who’s here to horn in on his theater crime business? Or is this production of The Tempest just particularly avant-garde? 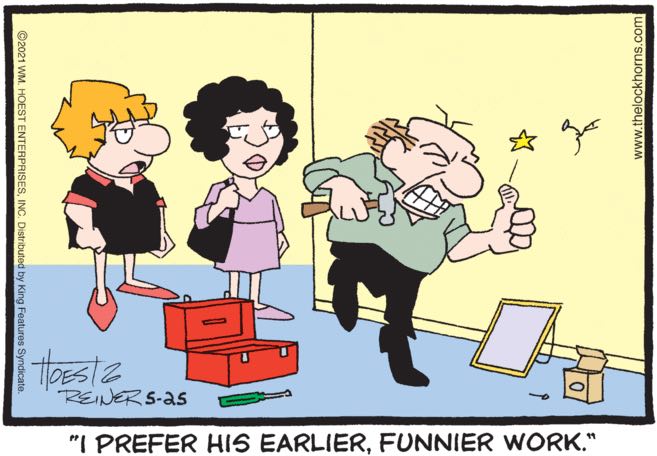 Though I am by chosen profession a Comics Curmudgeon, and though I poke fun at The Lockhorns as much as anyone, my fundamental position on this comic from the beginning has been that I unironically like it. Today is a great example of its purity of essence. Leroy writhes in pain, having failed at a mundane household task, and Loretta looks at him, saying something cutting and genuinely funny, with absolutely dead eyes. It’s perfect. No notes. 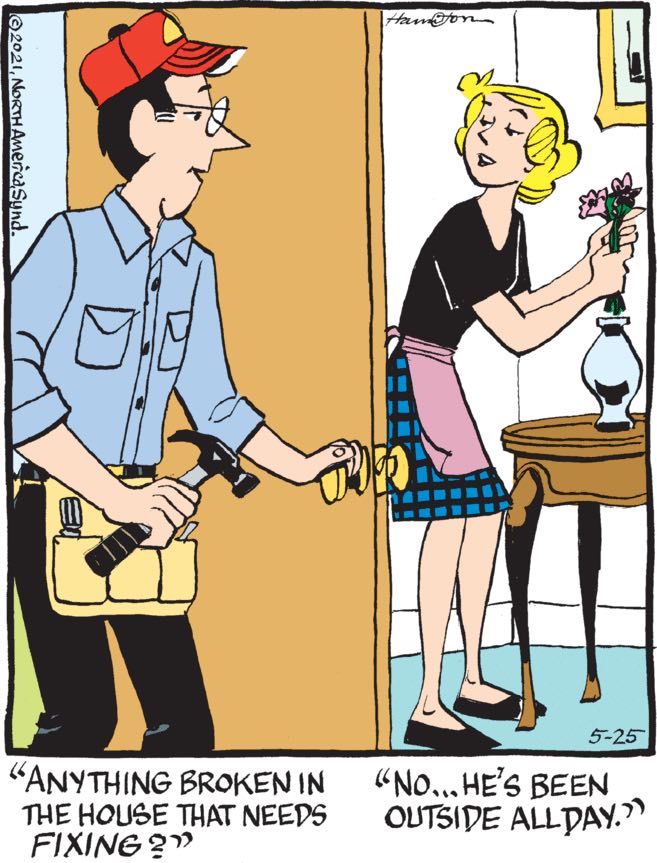 It is absolutely in character and yet still absolutely infuriating that Henry has suited up for his macho weekend chores by putting what I’d bet money is a brand-new baseball hat and tool belt over the immaculately pressed dweeb-ass work clothes he wears most of the time. And I know some of you are going to say, “No, Josh, you don’t get it, he’s not planning on doing any chores, this is sex thing,” and if that’s the case he honestly ought to be more embarrassed about how he’s dressed.