It looks like Ashlee is really learning some important lessons here. Physical objects, like watches, can have emotional resonance for their owners, which makes you feel bad about stealing them. But money? Money’s totally fungible. Who’s gonna care about money? Ashlee’s about to grift Drew out of a bunch of money, is my point. 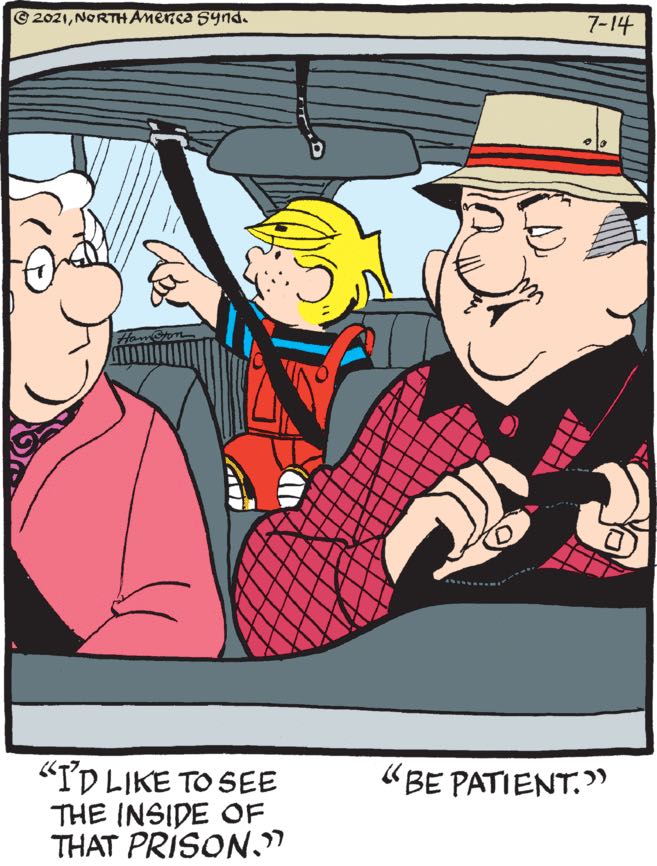 I like that this panel sets up a fun little mystery (why is Dennis being driven somewhere by the Wilsons?) and then immediately solves it (they’re taking him to prison, where he’ll pay for his many crimes).

“Hey, you know how our baby loves staring directly into the sun? Well, I know you said we shouldn’t just let her spend hours crawling around on the floor next to the giant picture window without any supervision, but hear me out on this better idea I just came up with.”

160 replies to “Ashlee gonna upgrade to SUPER-ASHLEE, watch out world”