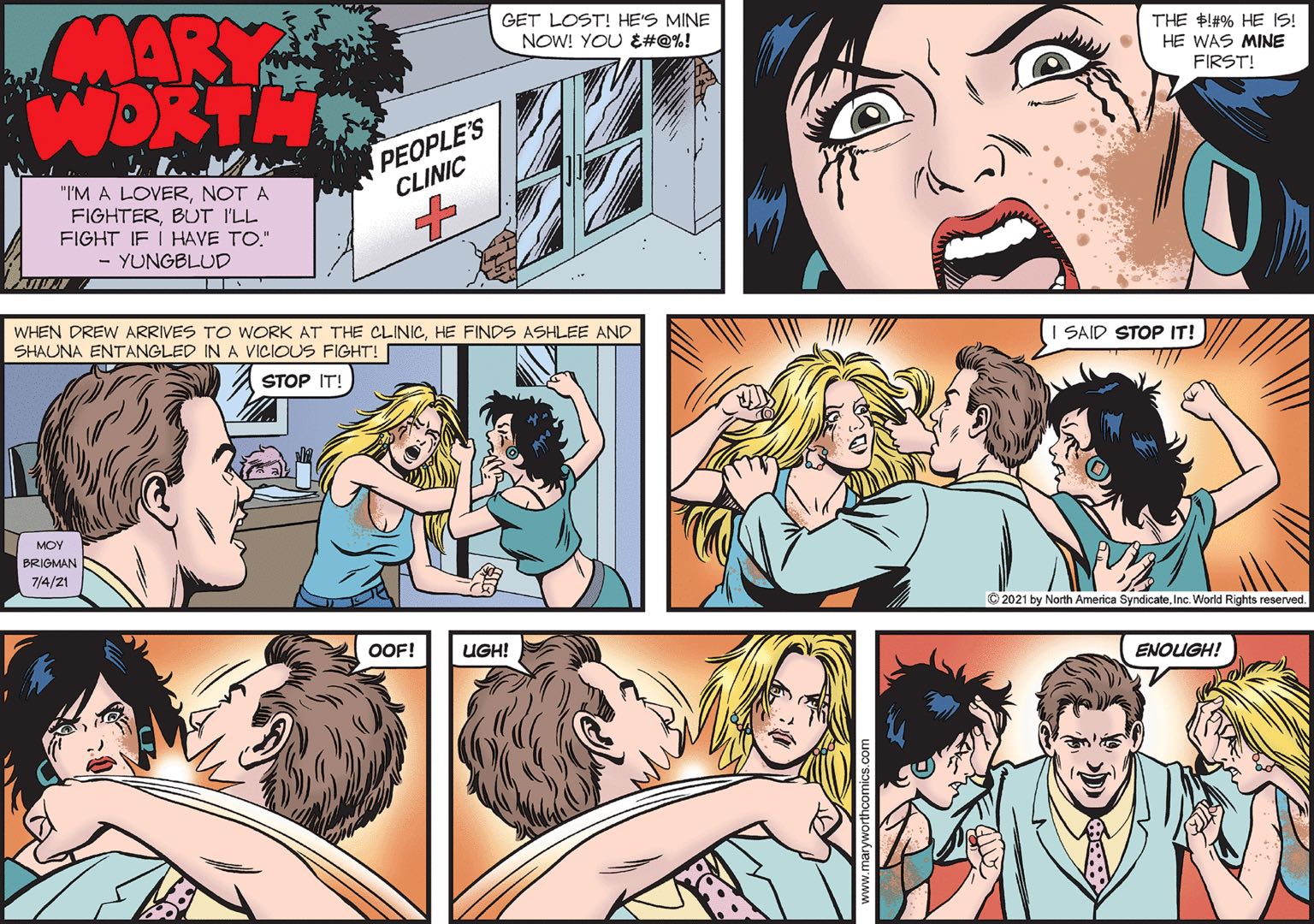 Not too much to say about Shauna vs. Ashlee: The Rumble At The Clinic For Drew’s Love except that the art here genuinely delights me. The dynamism of the hair-pulling in the middle row, the striking series of symmetries in the bottom row — it’s all great. I’m very sad that readers who don’t get the throwaway panels are missing out on the extreme Shauna closeup and quote from Yungblud (definitely an artist that I, a cool young person, had heard of and didn’t have to look up on Wikipedia to learn that he and Halsey broke up because they “worked better as friends”). Anyway, the next time this strip spends another six months on “dogs are good, actually,” we’ll have this moment to reflect back on and sustain us. 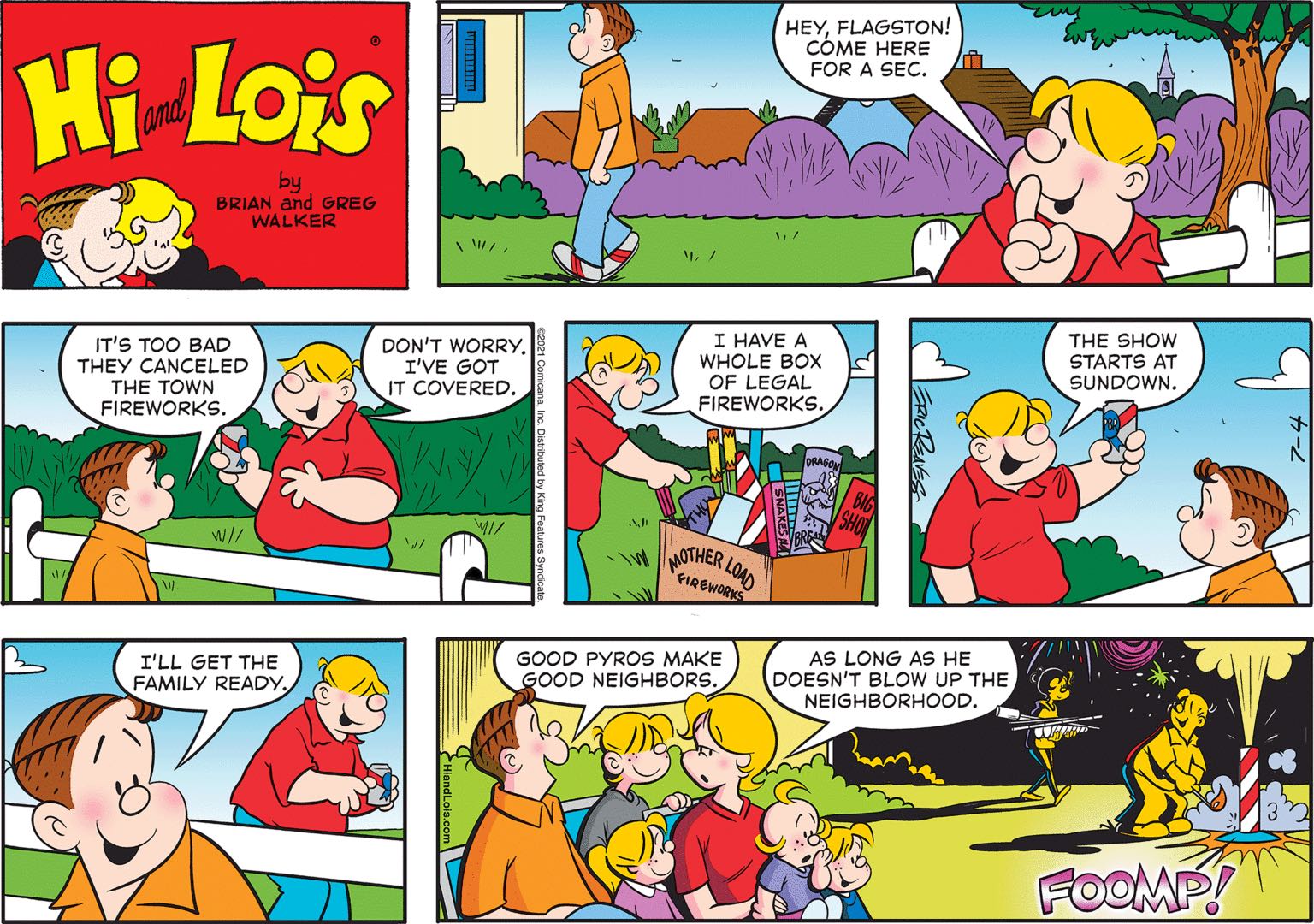 I’m absolutely dying for an insight into whatever editorial process within King Features and/or Walker Brown Amalgamated Humor Industries LLC led to notorious local drunk Thirsty Thurston pointing to a box full of obviously illegal fireworks and calling them “legal fireworks.” Honestly the only way this would be funnier would be if Thirsty were doing an exaggerated wink at the reader when he said it, or if he blew several fingers off in the final panel.

I’m not even going to bother with today’s dumb “mystery” and instead want to draw your attention to the Frankenstein-style monster looming in the bathroom doorway. It’s truly tragic that Count Weirdly, one of the last living humans in this animal-dominated world, is so lonely that he’s stitched together a shambolic golem out of the no doubt numerous human corpses available and animated it using forbidden science, just to have a friend.