So we’re still in the early, extremely manic phase of this Gil Thorp storyline, and there’s been lots of cutting back and forth between plots and little context for anything. So far the Heather Burns plot is easy enough to parse (a former Mudlark coming back to Milford and ending up with an almost certainly unpaid assistant coaching job is a long and storied tradition in this strip) but I’m not quite following what the deal is with Loud Golf Hat Man (he’s named “Carter Hendricks,” apparently). We know he’s (a) loud, (b) loves golf and saying golf jargon, (c) wears a hat, and (d) seems like a real asshole, and admittedly that last one is just a gut assessment from me but do you know who else was a solvent salesman? Del Bader, who liked a nightcap or two after a hard day of solvent sales and then ended up killing a beloved Mudlark with his car. Excited to see just how bad Carter’s gonna get! 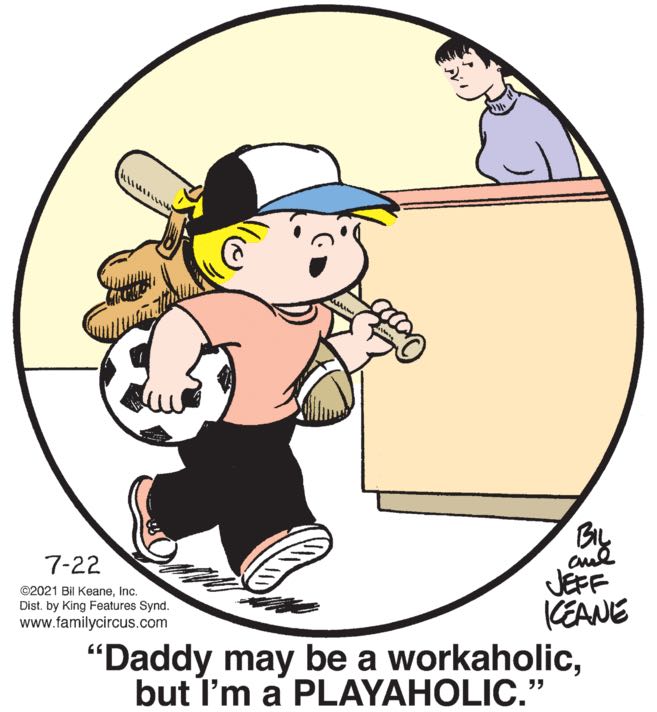 Can’t quite tell what Ma Keane’s facial expression is supposed to convey here. Is she imagining Billy going outside and wildly flailing at his various non-baseballs with that baseball bat, much to the embarrassment of everyone watching? Or is she thinking, “Yeah, sure, you’re dad’s a workaholic, that’s it”?