I know I shouldn’t quibble about “realism” in a strip that features a seedy bar called “Bucket of Blood,” one of the patrons of which is a guy named “Bogart the Roach” who’s dressed like [gestures vaguely at today’s Dick Tracy]. But I do find it very funny that Dick has decided that for this undercover assignment, he’s going to don a hoodie, that sleazy garment worn only by known scumbags like Mark Zuckerberg, and he got one the exact same yellow color as his usual trench coat and fedora. Does this compromise the disguise aspect of the outfit? Maybe, but you have to understand this: it’s his signature color.

I have to sincerely apologize for assuming yesterday that Wilbur was rejecting Pierre. If I had given it more than 30 seconds of thought, I would have realized that Wilbur is never the rejecter and always the rejectee in any given social situation. Anyway, I think you should absolutely follow your instincts on this one, Wilbur.

Damn, it’s a good thing that only we are privy to the contents of Trixie’s thought balloons, and that Lois has no idea what’s going on in that weird little head of hers, because otherwise she’d be crushed to learn that she has a stupid baby who doesn’t even understand the basics of how our heliocentric solar system works. Look at that innocent smile on her face! She doesn’t realize at all! It’s sad, really. 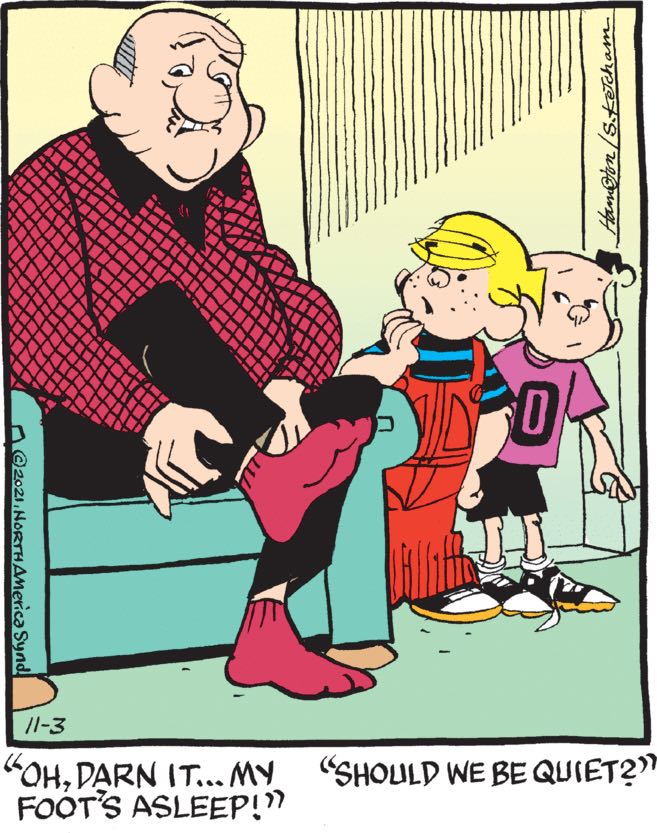 I feel like that is a look of genuine pathos on Mr. Wilson’s face that simply can’t be explained away by his foot being asleep. “I know the doctor said to lay of sweets,” he’s thinking, “but I don’t want to lose my leg! I don’t think I can handle it! Martha! Martha!”