I honestly, and shamefully, would be down for Shoe to mine for laffs the relationship between Treetops’ one newspaper and its (presumably) one local television station. In such a small community of bird-journalists, one assumes that there’s a certain amount of social mixing going on, which probably includes an uncomfortable portion of slovenly print journalists harboring lustful feelings for the more camera-ready TV types. So I’m disappointed that this is all just a setup for a “hot air mass” punchline, and am all the more disappointed that said punchline is delivered in a way that doesn’t really make sense. Shouldn’t Shoe be saying “Watch out, she’ll recognize…” or something like that? In his defense, I guess, he’s probably pretty drunk. 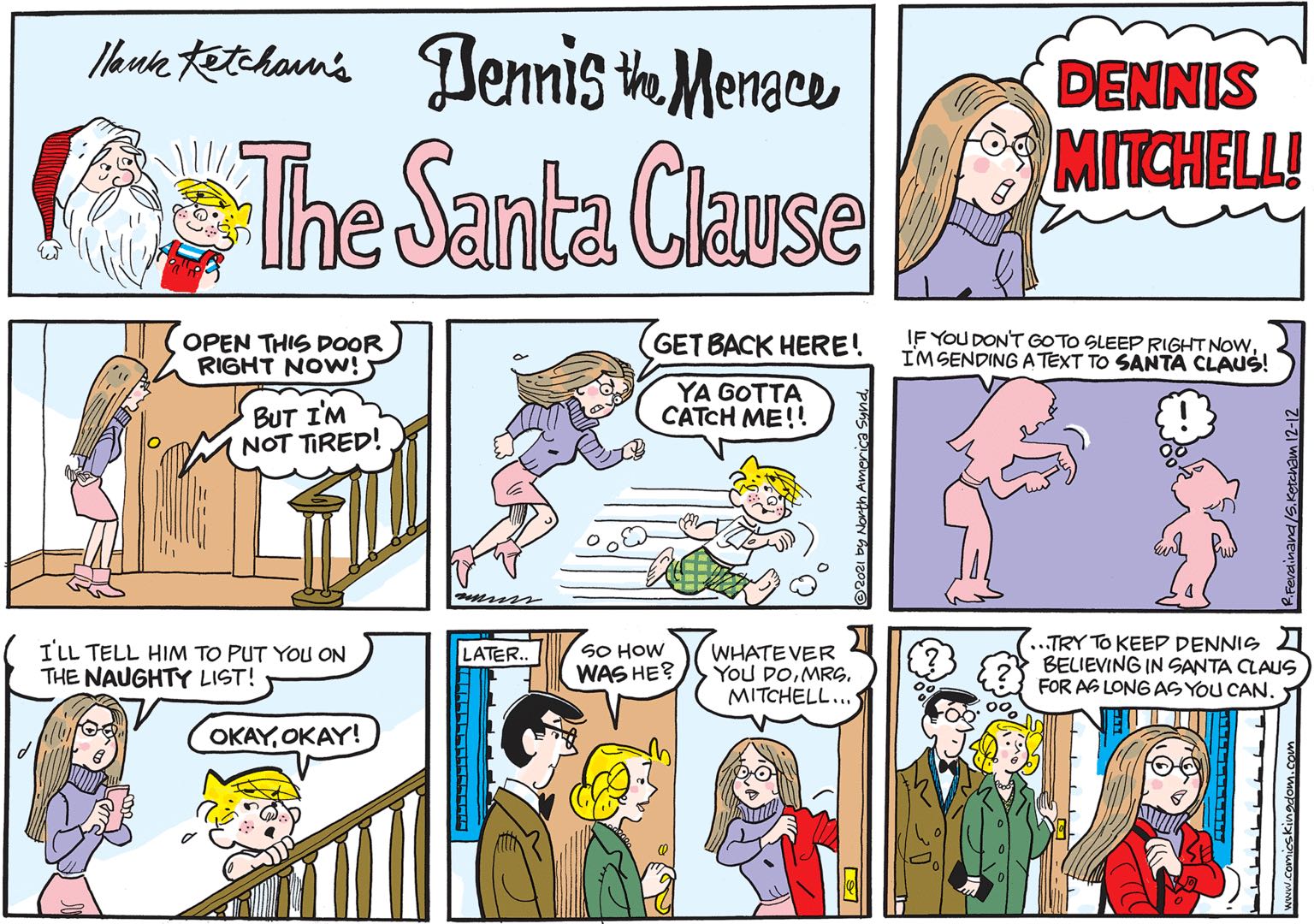 Dennis truly menaces us today by illustrating that whatever high-minded beliefs we have about living in a functioning society as enlightened beings who work towards the greater good, in truth it is only “the Santa clause” — that is, the belief that correct actions will be materially rewarded and transgressions punished — that keeps us from degenerating into a state of total anarchy.

Welp, looks like you can add Dustin’s parents to the list of comic strip characters who fuck that I assume you diligently maintain. I take no pleasure in reporting this.