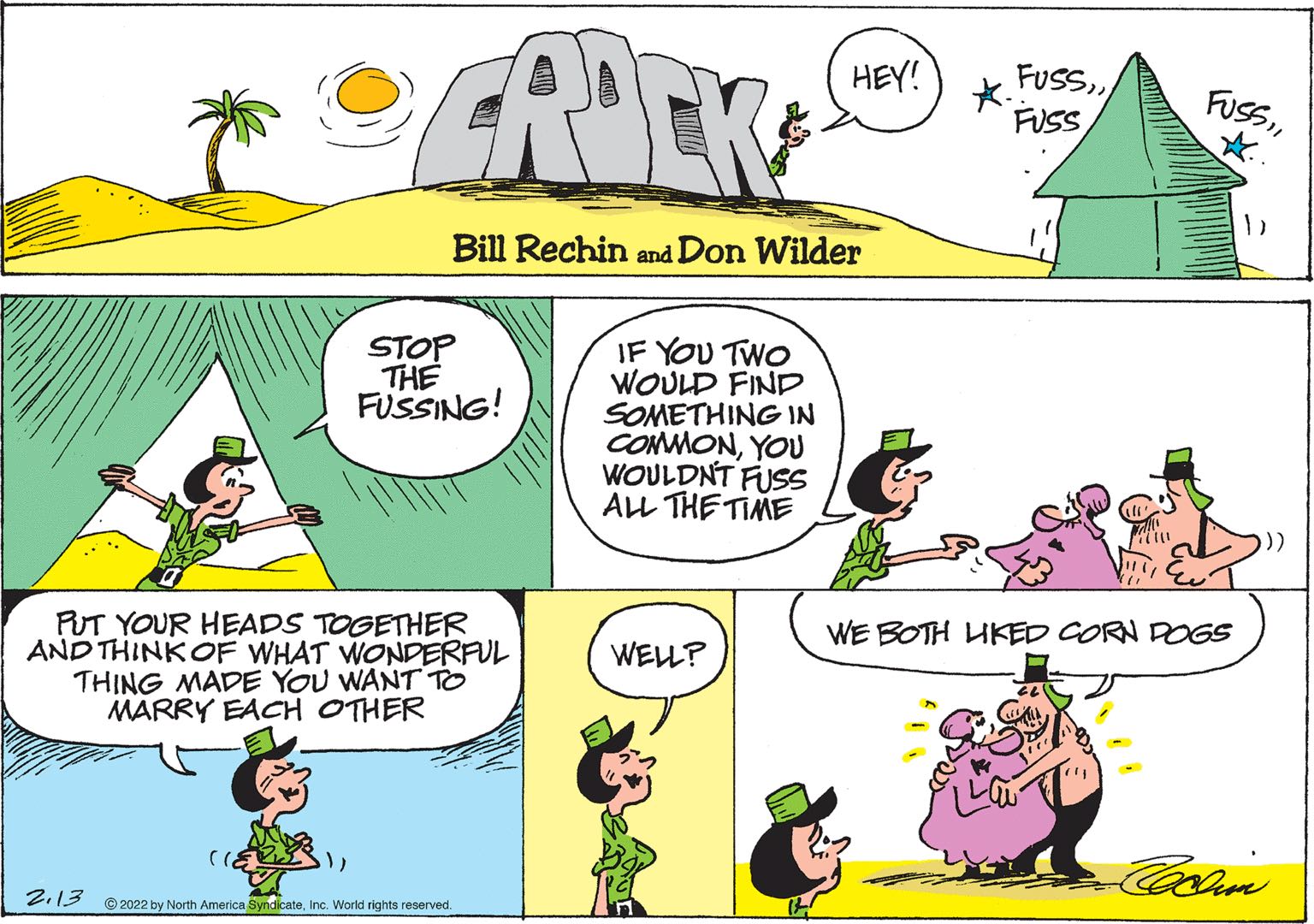 “Trooper Megan” was added to the case of Crock years ago in an attempt to mollify the woke mob who threatened to cancel this widely beloved strip because its gang of scrappy, lovable French people imposing colonial rule on Algeria were all, sexistly, men. Unfortunately, we can see that true equality has not been achieved in the Foreign Legion, because Megan is primarily in charge of the occupation’s emotional labor.

Dustin is, of course, a strip about put-upon old people and the young people they have to deal with in their lives, who are, a result of their youngness, terrible. And you might ask: what are young people supposed to take away from this? Why should they get on board? Well, today’s strip makes it clear: there’s always someone younger and more terrible than you to look down on.