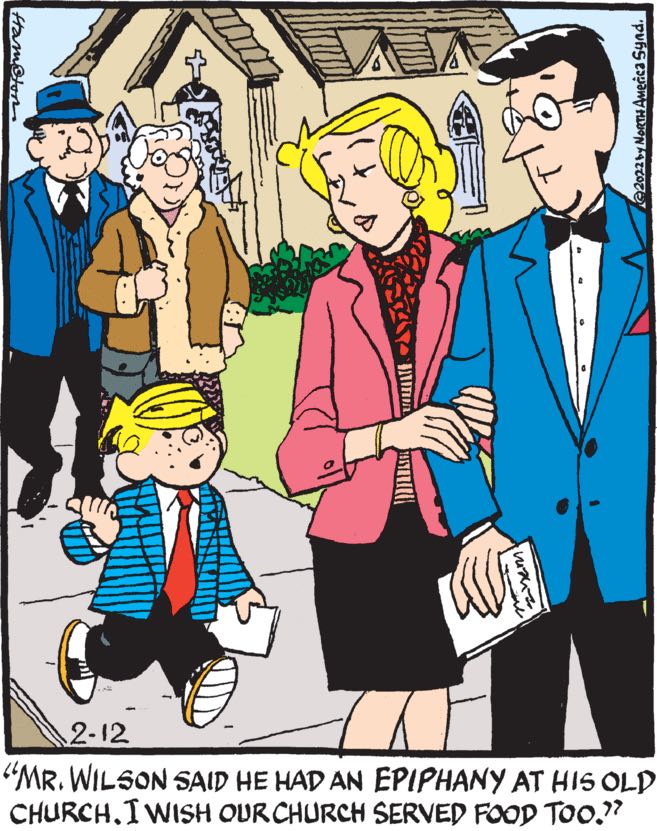 You know, I remember a time when Rusty would be over the moon just to be allowed to go on a trip with Mark and Cherry, and would certainly not plan on killing a cryptid for social media fame without their permission. I guess it’s true that the only way to raise a respectful ward son is to keep him in a “Rusty coop” out back 350 days a year. Parents these days are going soft, and it’s the source of nothing but trouble! 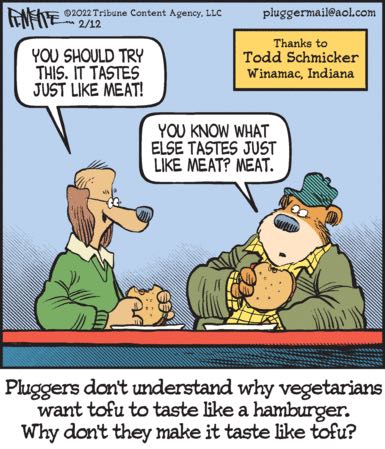 I think a lot about a story a friend once told me about a Bay Area Vietnamese restaurant that was famous for serving fake but very convincing meat in its dishes. Once my friend was eating there and a guy came in and started berating the owner, who always was out and about serving as host, about how even though they weren’t serving meat they were still promoting meat culture, which is a culture of death. The owner listened to his whole diatribe stone-faced and finally just replied, “Look, we’re Buddhists, we like pork but we can’t eat it.” Anyway, after seeing this panel, I’m going to spend my weekend working on “horseshoe theory, but for pluggers.”

This doesn’t actually have anything to do with the Moran case directly; Dick just knows that the best way to loosen up and get his head “into the zone” as we go into the weekend is to hunt a PR guy for sport.