The thing about Shoe is that the bird-people have varying character designs that involve varying amounts of clothing. Some are fully clothed; some, like Shoe himself, are naked; and others, like the Perfesser, are only naked from the waist down. This is, honestly, fine, because they’re bird-people and it really doesn’t matter how naked they are, but it becomes much worse when you learn the Perfesser used to wear pants but then he got too big for them and instead of buying a different size he just stopped. Can you imagine if people did this? These birds are lucky they’re birds! 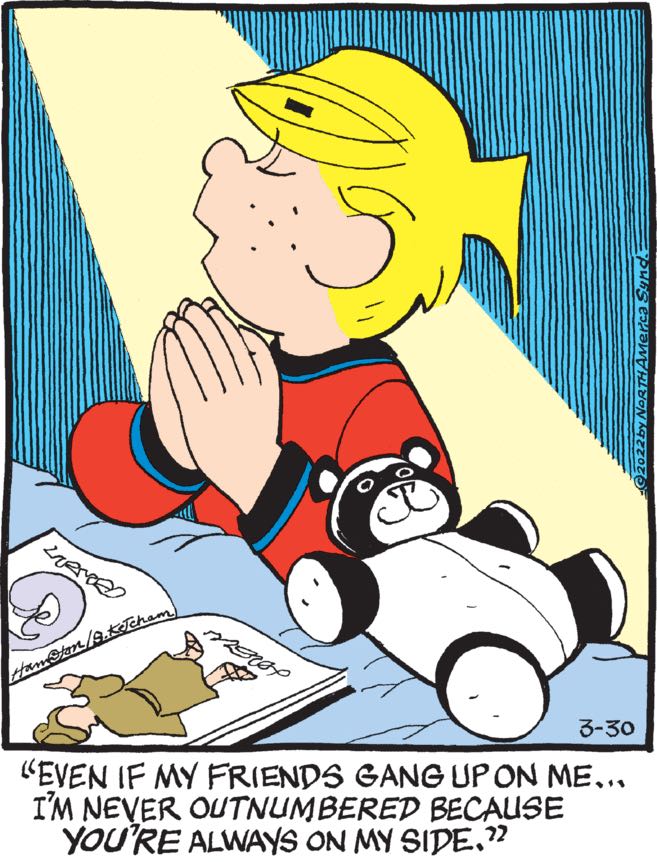 Dennis is the Chosen One of our omnipotent God, and He will support and defend Dennis no matter what, even if his behavior is so beyond the pale that his friends all reject him. Menace level: infinite.

Trying to think of a response to “Where have you two been” that’s creepier than “In our skin.” “You know, we’ve just been in here with all the blood and organs sloshing around. That’s all we are, really! Just a bunch of meat in a thin wrapper. What’ve you been up to?” 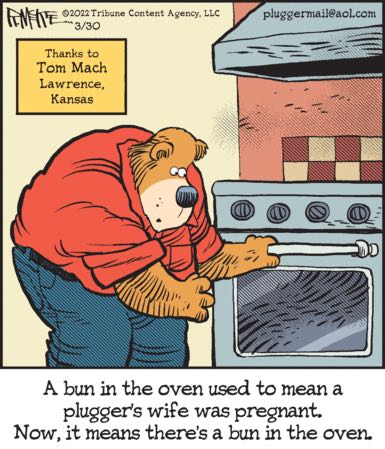 Not sure if the normally happy go lucky readers of Pluggers are ready for today’s strip, which delivers the tough news that the plugger-wives are now BARREN