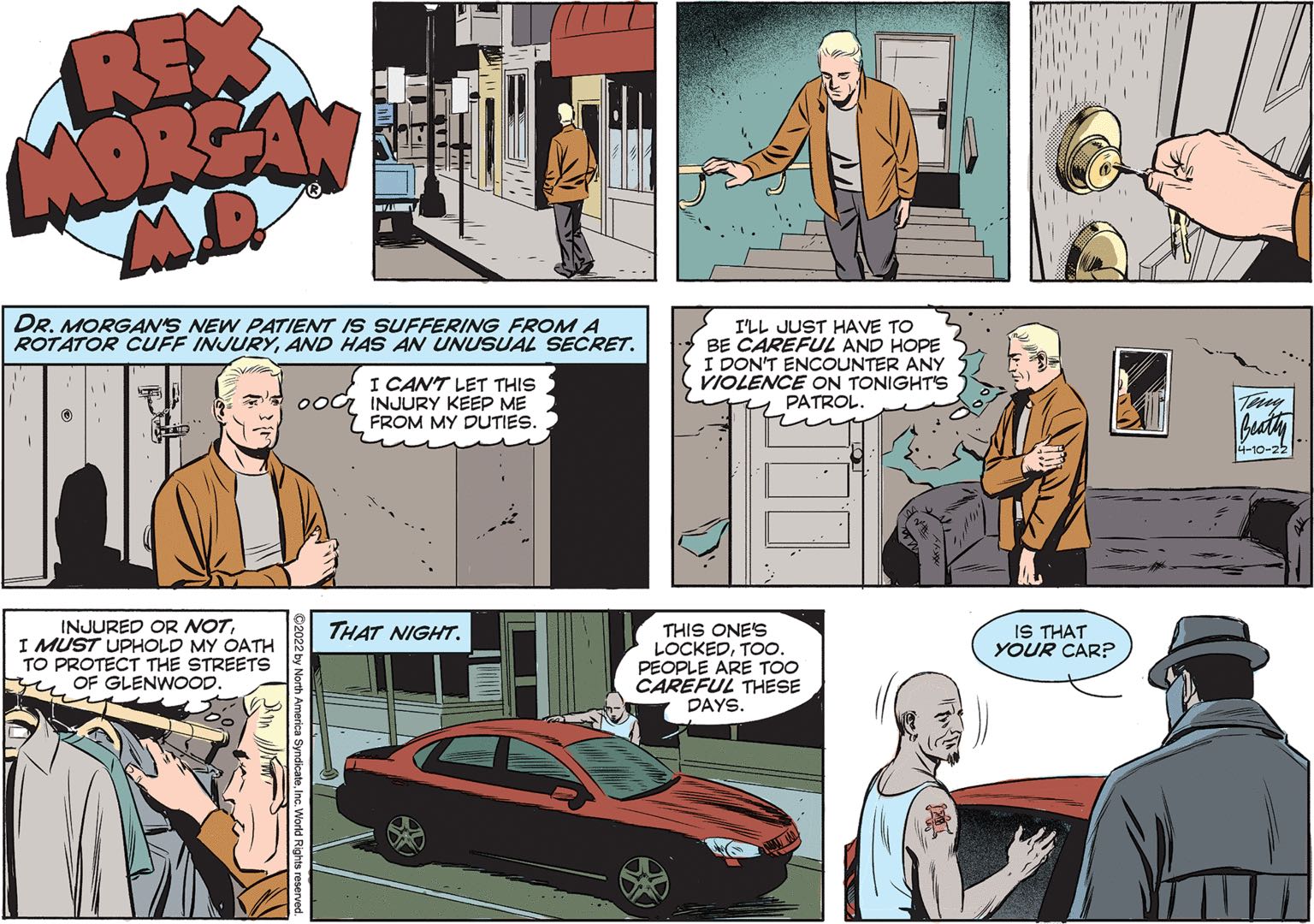 Oh, man, big shoutout to Rex Morgan, M.D., for coming up with a plot I never saw coming: Dr. Morgan’s latest patient is a wanna-be superhero, but the old-timey kind, who wears a dashing overcoat and a trilby rather than some gauche skin-tight circus costume, and also he doesn’t have superpowers! Anyway, I have to admit that I’m intrigued by a storyline that’s going to outline the consequences of some light comics-themed vigilantism, both medical (rotator cuff injuries) and nonmedical (getting arrested). 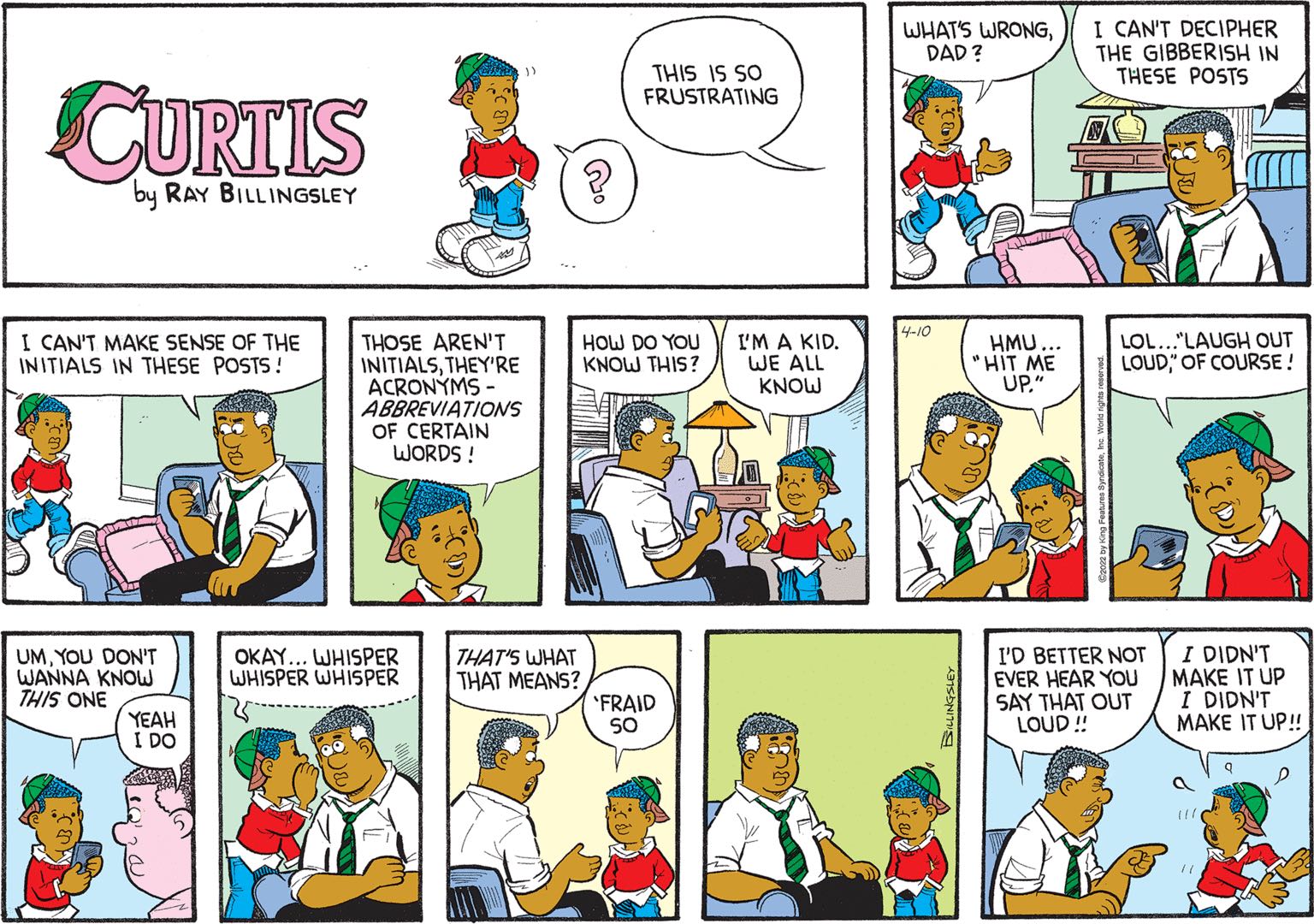 One of my ongoing quests is to make sure that everyone understands that, as the father of an 11-year-old, Greg Wilkins is Gen X at oldest and may well be a Millennial. He would’ve grown up listening to that “rap junk” he despises so much and he also has been using computers his whole adult life and would definitely know what the extremely basic sets of initials on internet posts discussed here stand for. Now, would he be puzzled by TikTok? Probably. Would I enjoy a series of strips where Curtis explains various TikTok cultural phenomena to his father? Almost certainly. Am I going to launch a GoFundMe campaign to pay Ray Billingsly whatever it takes, including a research budget, to produce such a series in time for Kwanzaa this year? Stand by while I consult with my lawyer.

I mean, it seems likely that Snuffy has screwed up at some point in a way that resulted in an E. coli outbreak, so Loweezy’s question is on point.