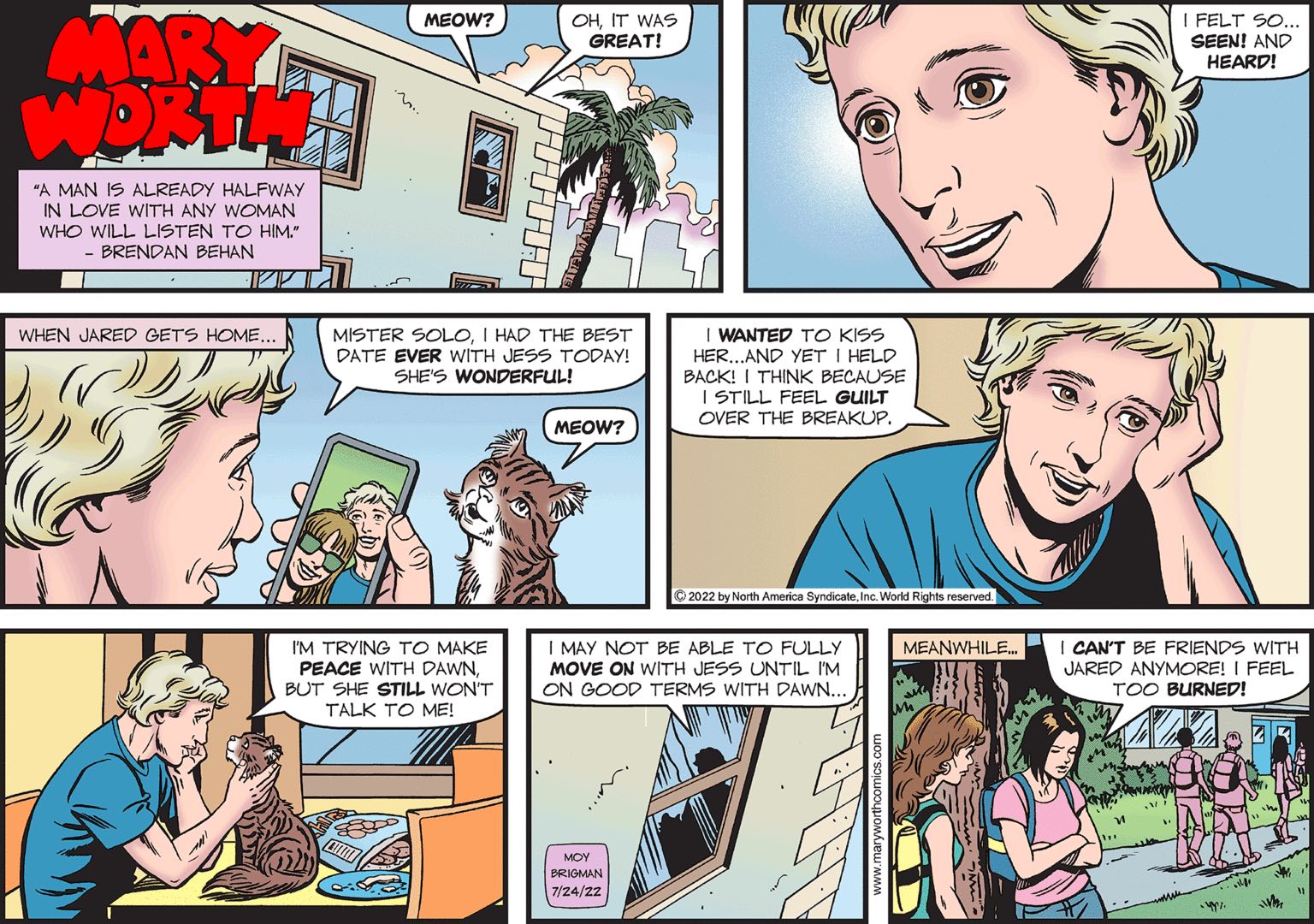 I am currently reading The End of Everything (Astrophysically Speaking), which I highly recommend if you want a more-or-less accessible intro to not just the end of the universe but the current state of scientific consensus on big-picture cosmology stuff. One of the parts that I find hardest to get my head around is what it means to say “the universe is expanding,” which it is, and if I’m understanding things right this doesn’t just mean that individual stellar objects are continuing to move outward from the Big Bang origin point into the void, but that the fabric of spacetime itself is in some sense spreading out.

Weirdly, I might’ve just gotten a little insight into this from today’s Mary Worth. Throughout this Jared-Dawn horrorshow, there’s been some discourse on this blog as to whether Jared or Dawn has the greater claim to be the wronged party and/or history’s greatest monster. But only today — in which we learn that Jared can never truly commit to Jess by smooching her until his ex, whom he dumped, agrees to be friends with him, and this will become the central engine of the remainder of the drama here — did I realize that it’s actually the narrative fabric of the universe they inhabit itself that’s at fault here. This takes a real load off my mind, honestly! Jared and Dawn can no more stop sucking than distant galaxies can stop hurtling away from us into infinite space (which they probably can’t, since according to the book most people now no longer believe in the Big Crunch hypothesis).

Ahh, isn’t this a pleasant rooftop scene! Everyone enjoying snacks and beverages, Slylock flirting the only way he knows how (by posing elementary logic puzzles, a little too eagerly), and … what’s this? Notorious sad drunk McGruff the Crime Dog, just sitting there silently watching the proceedings? Has he been invited to the gathering out of pity, or did he just stumble up to the rooftop for a weekend suicide attempt and decided to act casual about it? 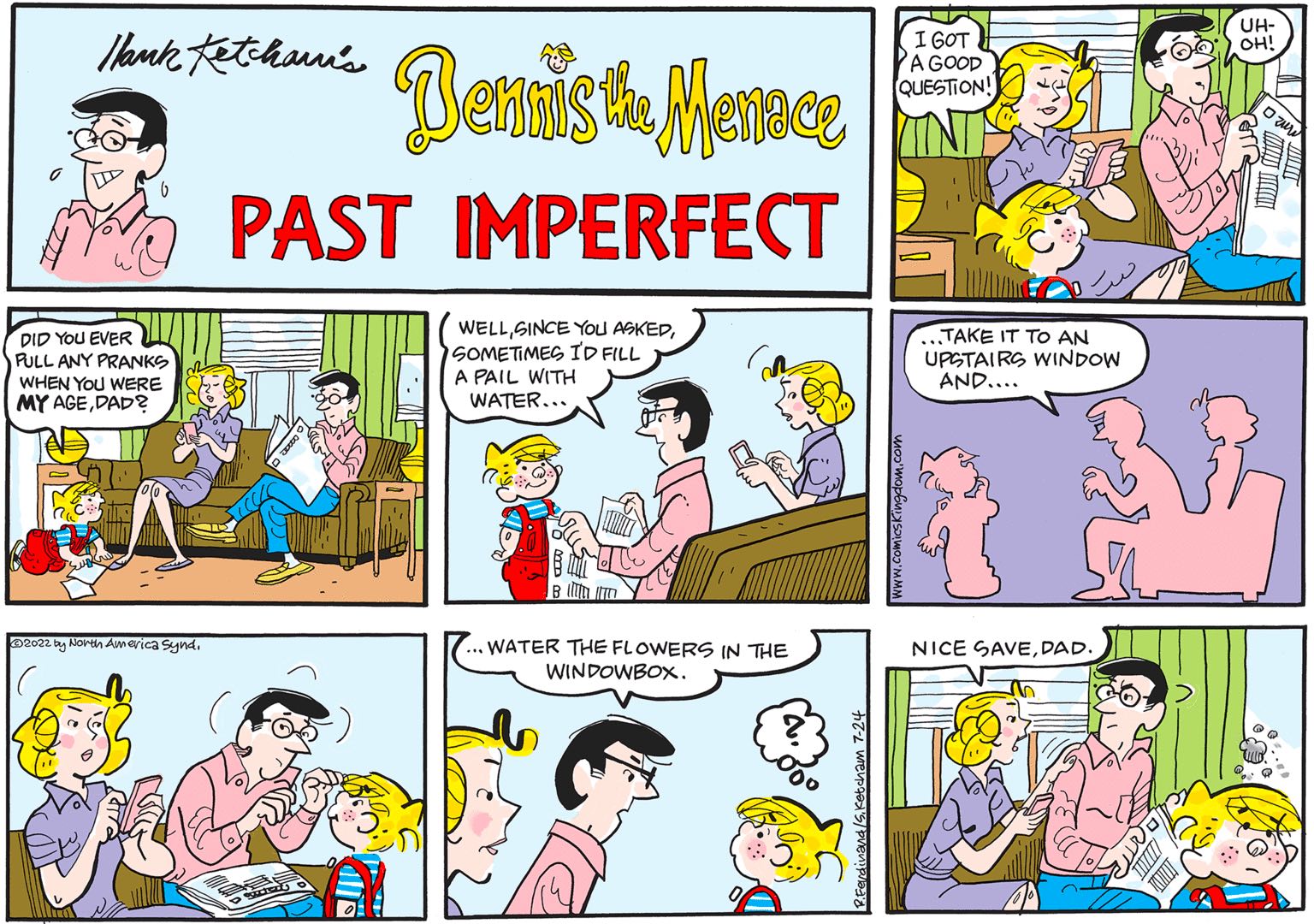 I’m just gonna say it, Dennis: that isn’t a very good question at all. Do better next time.