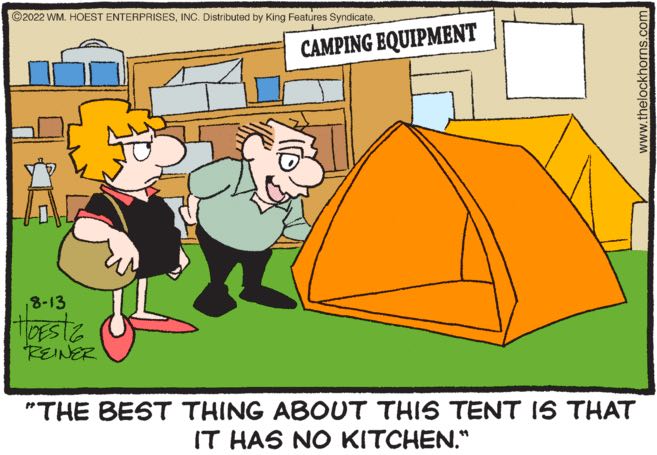 The thing about the Lockhorns is that, while in one sense they’re millennials, in another sense they’re trapped in an eternal present in which they never age but their hateful marriage extends indefinitely into infinity, and so they’re always having to upgrade their mutual loathing into ever more baroque forms. It’s no longer enough for Leroy to just look at Loretta’s cooking and say something cutting with dead eyes; now he has to come up with some pretext to drag her to the tent section at REI and say “Look! No kitchen! Wouldn’t it be great to live here? To forage for mushrooms and berries, maybe trap small game, like our primitive ancestors did? Agriculture was a mistake, Loretta, a mistake, because it gave rise to cooking, which led to your cooking in particular. I’d rather get parasites from eating raw rabbit, Loretta! I really would!”

Wow, this Lunarian supremicist faction within the Antarctic Lunarian colony really knows how to put on a show! Remember, having having a guy on stage ranting about seizing power and starting genocidal wars may have worked for Hitler, but in this day and age, people want to feel more connected to their despots. That’s why you want to have plants in the audience asking the questions whose answers reveal the true evil of your plans, making your bloodthirsty diatribe feel more like a bloodthirsty conversation among friends. 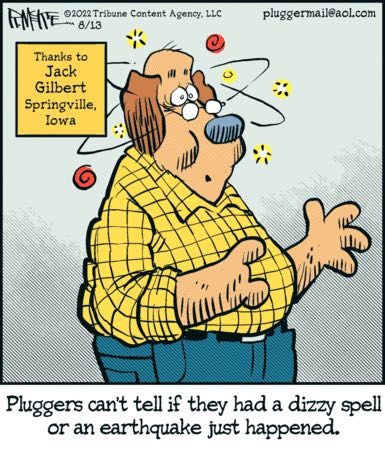 Well, if you’re in Iowa, it’s probably a dizzy spell? Maybe go see a doctor, sir! A doctor can diagnose this better than a syndicated newspaper comic strip that illustrates reader jokes with folksy furries can, trust me on this!