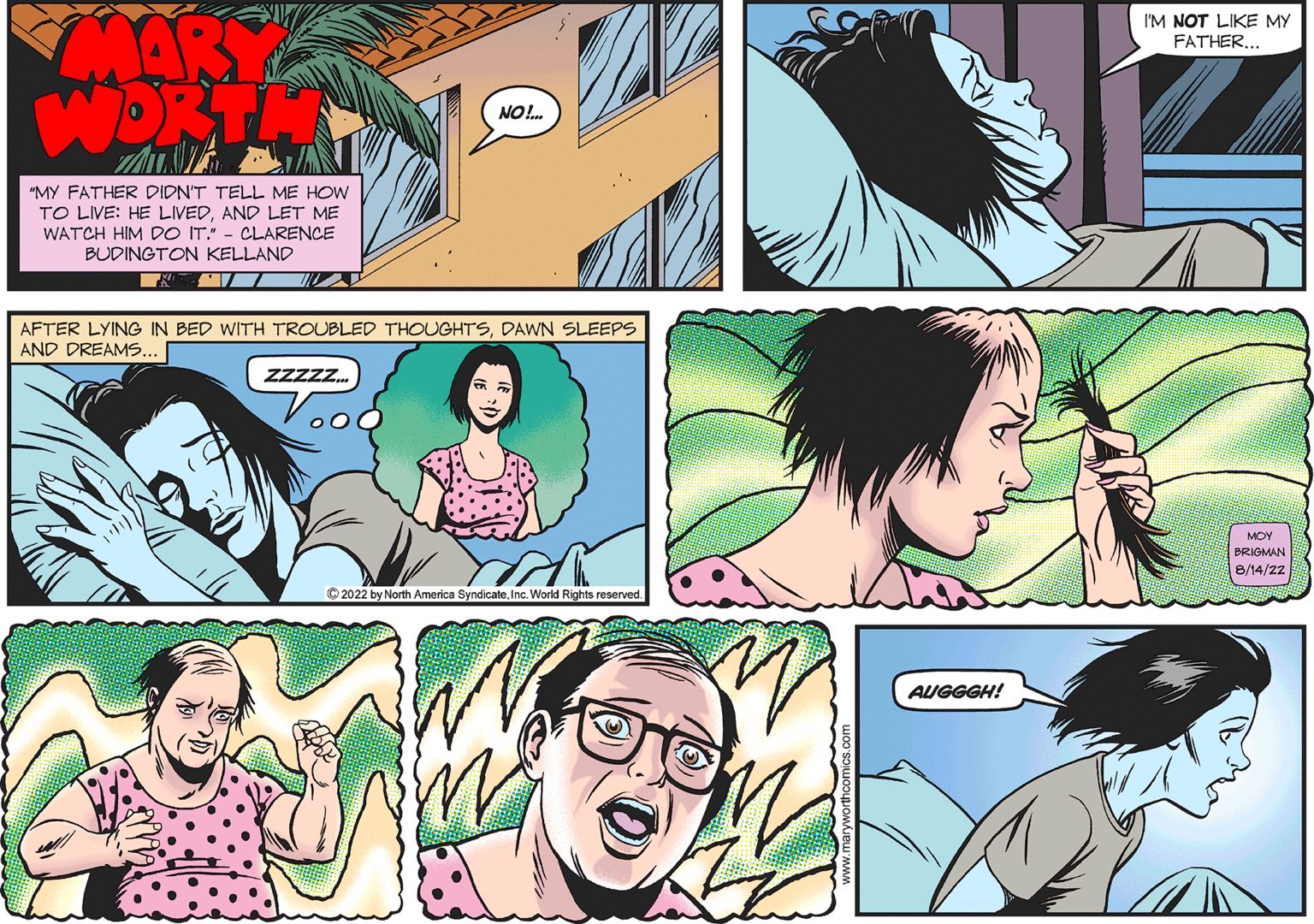 Behold DaWnilbur, everyone! I love the way this matches up with realistic dream logic in that Dawn was spending hours before falling asleep saying “It’s like I’m turning into my father!” but once in the dreamscape she’s totally unsuspecting and when her hair starts falling out she doesn’t immediately grasp the metaphor, but just looks at it quizzically as the Transformation gets underway. Anyway, I truly enjoy the next-to-last panel here, in which we learn that even fully Wilburized, Dawn will still have pretty, pretty eyes.

It’s never been entirely clear what form of energy the Lunarians harness/generate with their antennae, but I guess we now know that it definitely raises temperature, right? Like if poor Marina had been torn apart by, like, magnetism or antigravity or something, her killers wouldn’t be staring at the carnage in icy disdain making a cruel remark about how it all smelled, the way they would about charred flesh? Or maybe they would. I don’t know what it smells like when someone is killed horribly by space aliens, I live my life correctly, thank you very much. 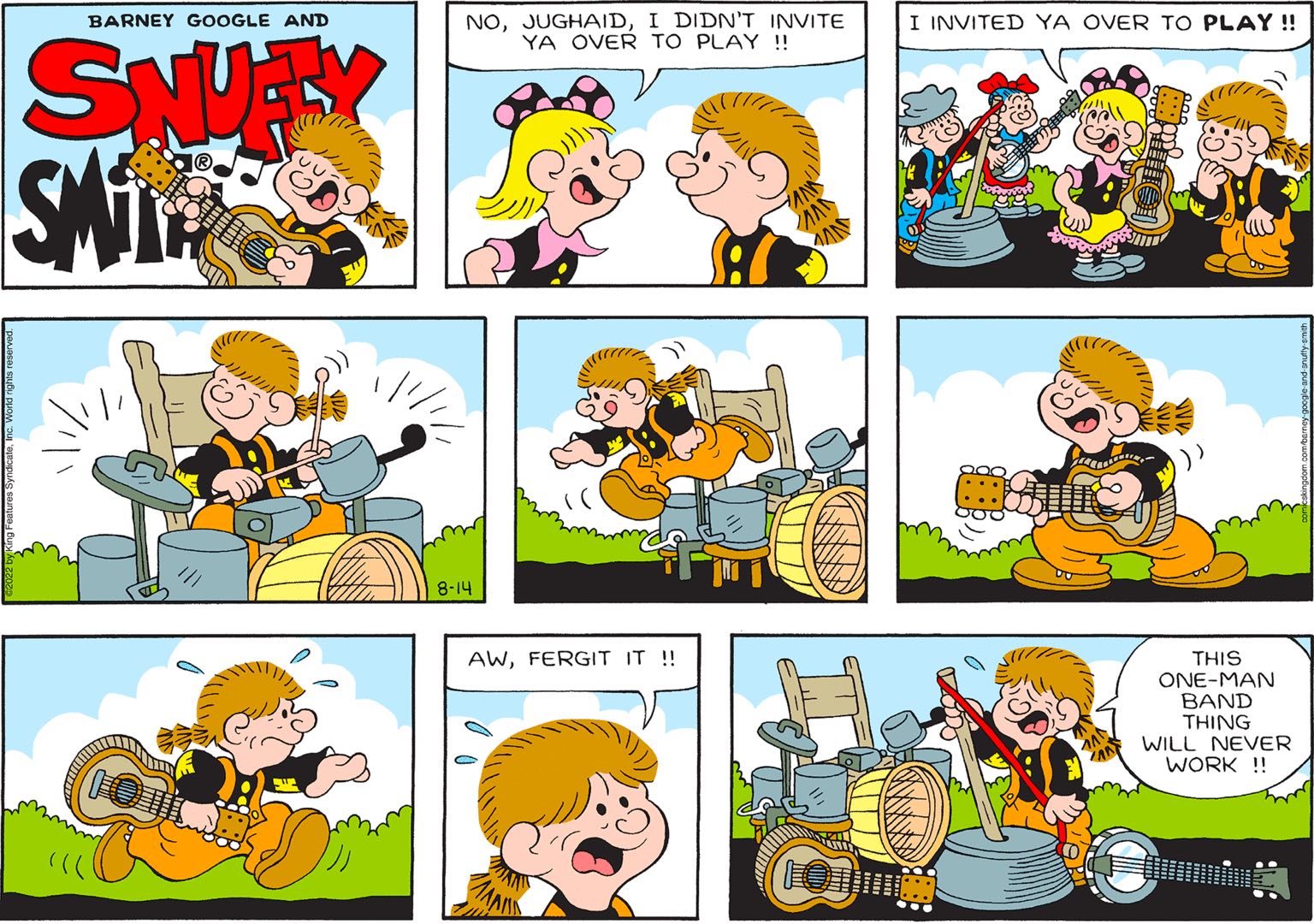 Here’s a strip where the throwaway panels at the beginning make the whole thing profoundly sad. Like, Jughaid was explicitly invited to join a band, and but then sometime afterwards either left or was forced out and is now trying and failing to make it as a solo act. What emotionally fraught Fleetwood Mac-level band drama are we not being shown here?