Feels like someone over at Walker-Browne Amalgamated Humor Industries LLC is trying to feed into my “when exactly in history does Hagar the Horrible take place” — and it’s working! So, some fun facts: England really did have a King Edgar, and he really did come to the throne as a scruffy teen. He became king in 959, though he succeeded his brother, not his father, who had died years earlier, and his coronation ceremony was devised by Saint Dunstan (a bishop, not an orangutang) and (topical!) is the basis for the ceremony still used by British monarchs to this day. His Wikipedia article claims that “Scandinavia was ‘largely quiescent’ during this period and Viking activity directed towards England was much reduced,” but we all know that records from this era are spotty, because it’s clear that he got his palace utterly plundered by Hagar fairly early in his reign.

Sorry, it turns out we couldn’t squeeze much drama out of “Buck is in charge of an old person,” so instead we’ve got … these two! A boring teen and her single mom, whose latest romance fizzled in an extremely uninteresting way! Um. Tune in tomorrow when … hopefully Sarah has another head injury? 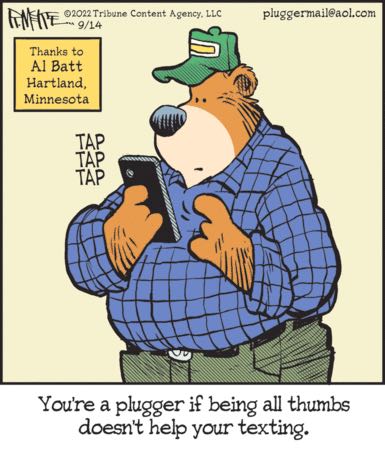 Do … do pluggers think you’re supposed to type on your phone with your thumbs? And that having more thumbs would therefore be helpful? Because that would explain a lot (about why they’re bad at typing on their phones).