Huh, I’m a little surprised by “the Crankshafts” in that final panel. I guess I actually don’t know off the top of my head what Pam and Jeff’s last name is, so it’s possible that she not only kept her maiden name but that Jeff changed his name to hers as well, but I find it unlikely for a bunch of reasons. First off, while they’re not overt anti-feminists or anything, it’s had to see either of them doing anything that runs contrary to general societal practice to make a point. But more importantly, it’s simply an awful name, and frankly they’d be inheriting it from a simply awful person, so I don’t buy it. 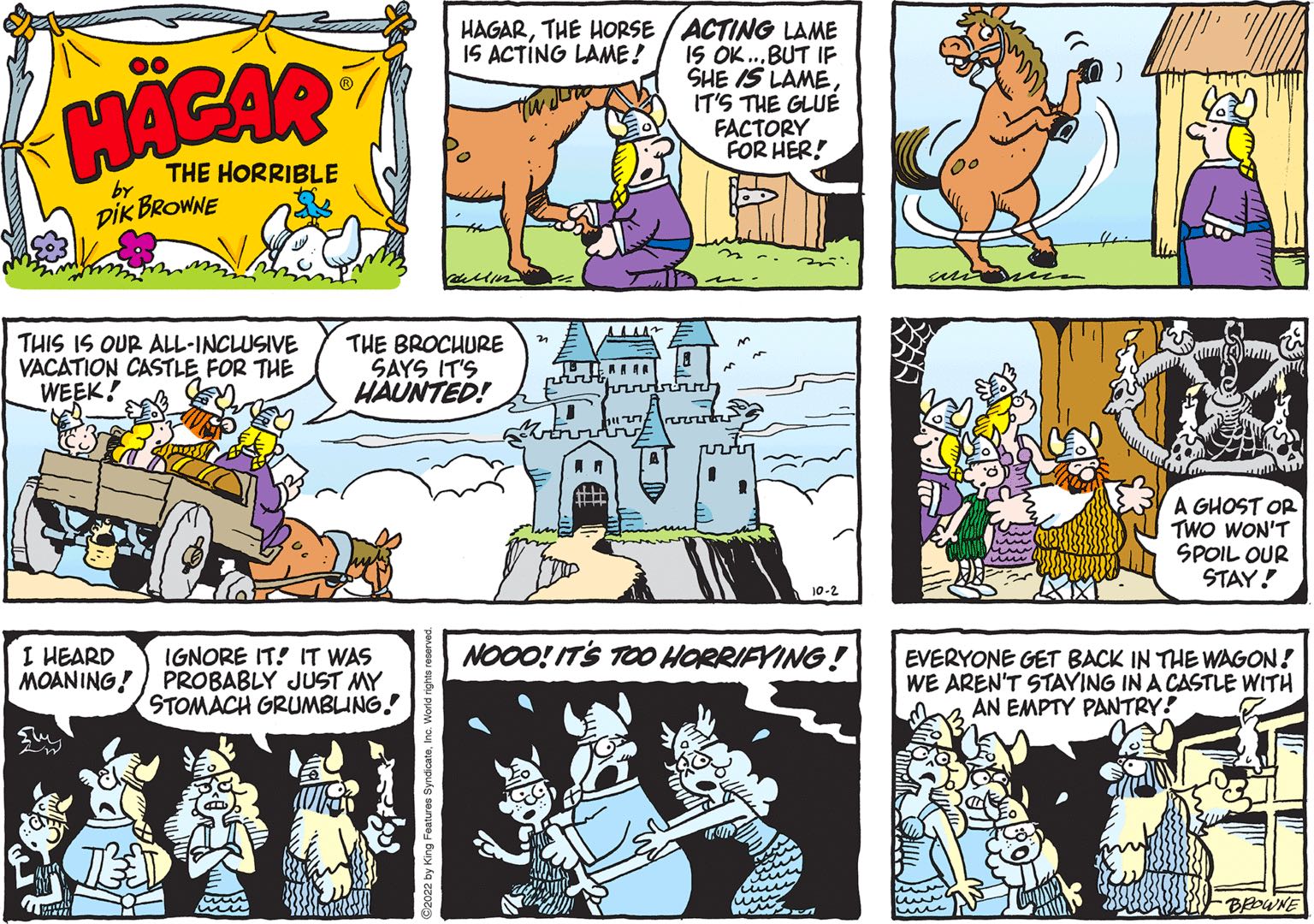 Real grim first couple of panels here, where we learn that Hagar’s horse is intelligent enough to practice deceit and to understand both his own mortality and his precarious place in the world. Makes it all the grimmer when you get to the final panel and realize Hagar’s probably going to eat him by the end of the night. 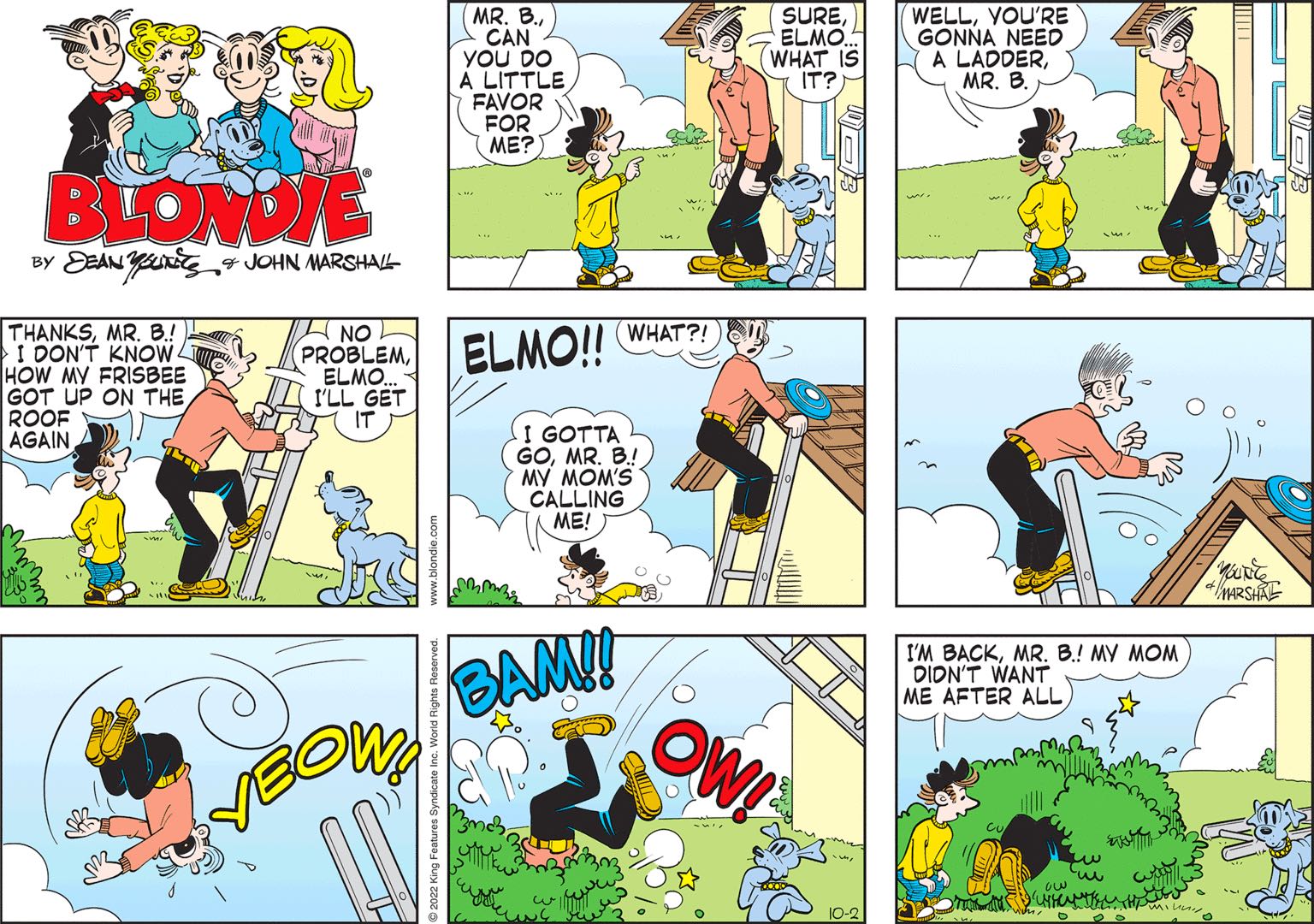 Oh no! Dagwood fell off a ladder and had a massive head injury and died. RIP Dagwood Bumstead, 1930-2022. You taught me that it was OK to be weird.