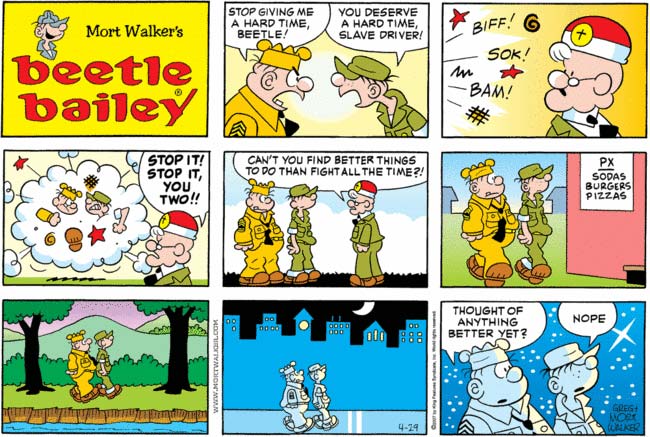 The last four panels of this strip make up one of the saddest and most poignant little vignettes of homoerotic longing you’ll ever see. Denied their one outlet of physical contact, Beetle and Sarge take a long, wordless walk away from the base that defines their lives, through the countryside, through an enormous ice field in the middle of the city, and finally to some incredibly starry place of refuge. C’mon, guys, you’re miles away from anyone. You can at least let your hands touch. 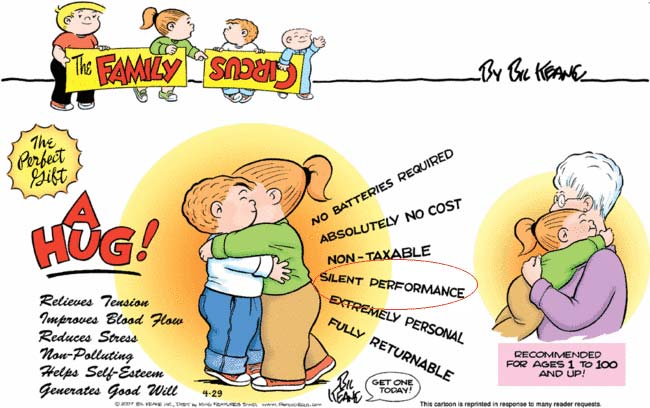 I am an unapologetically misanthropic bastard, but even I’m not such a sneering, above-it-all crank that I will hate on this cartoon. I will state now and for the record that I am and always have been pro-hugging. However, I do question the “silent performance” selling point of hugs that I’ve highlighted for you above. Is the fact that hugs are relatively quiet really one of their advantages over other forms of affection? Is their silence to be understood as their differentiator from loud, sloppy tongue kissing or boisterous slaps on the back? What if you and your intended hugging target are wearing raincoats, or pleather clothing, resulting in hugs that are squeaky? I’m all for hugs, but I’m just not sold on this angle, is what I’m saying. 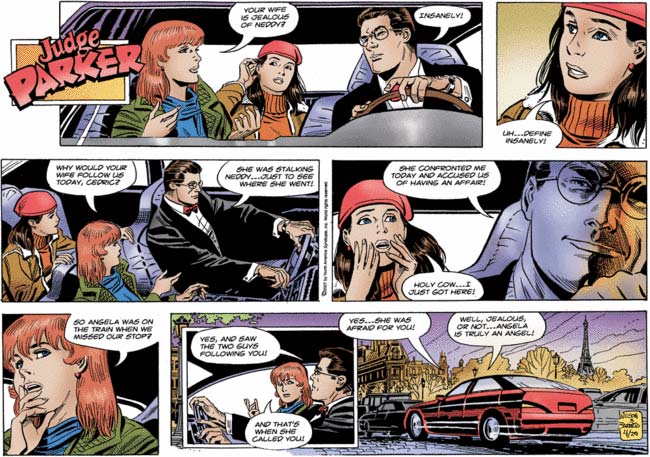 Cedric is being remarkably blasé about the fact that his wife is a crazy crazy stalking lady, and whoever the word balloon on the right is coming from is way too ready to file her away under “good stalker,” but this cartoon is eight kinds of awesome for Neddy’s “Uh.. define insanely!” line. “Holy cow … I just got here” is a good runner up. “I mean, I was planning on cutting a swath through every married domestic in the Île-de-France région, but 48 hours a little fast even for me.” 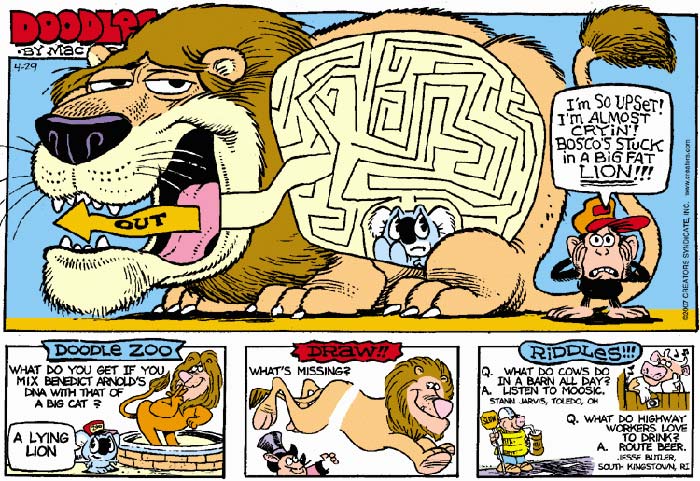 I’m not going to get into the fact that this stupid damn koala (who is apparently named “Bosco” for some reason) has gotten himself tangled up in yet another larger, meaner beast’s digestive tract, or that, I wouldn’t have chosen Benedict Arnold as an archetypical liar (though I admit that his traitorous behavior probably involved a certain degree of dissimulation), or that what the Lying Lion is doing looks less like lying and more like smugly contemplating how exactly he’s going to prepare Bosco — in a nice white wine reduction sauce, perhaps — before devouring him. No, I want to point out, with disgust and disdain, the “what’s missing” panel, which I won’t even dignify with the name “puzzle.” Hmm, I wonder what’s wrong with this lion? Right number of toes … full, lustrous mane … two eyes … a tail … nope, I’m not seeing it. 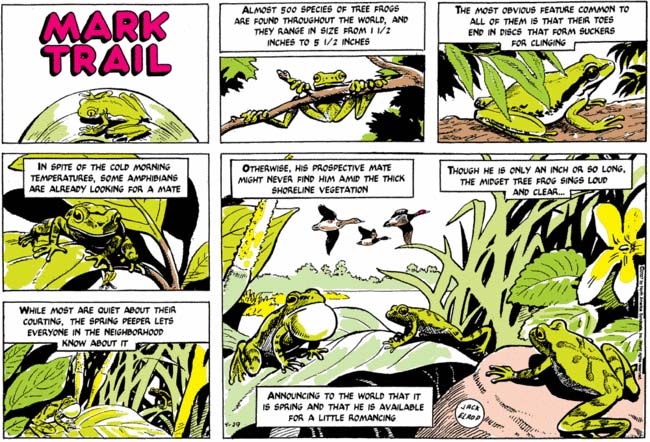