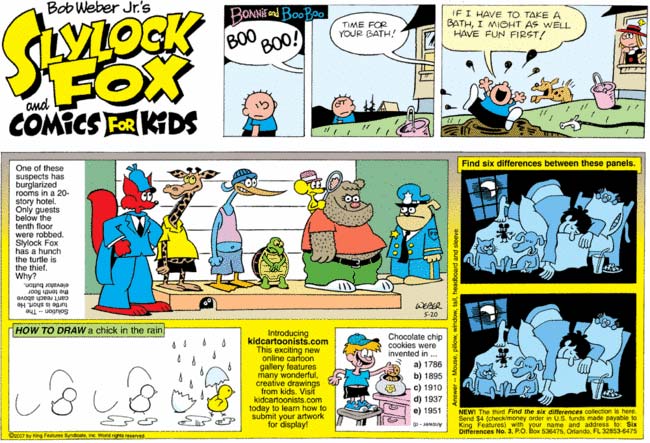 All of Slylock’s fancy brain-thinkin’ seems to have gone to waste here: it’s pretty obvious that the sadly un-alliteratively-named turtle is the only one gripped by guilt for what he’s done. Perhaps he never imagined himself embarking on a life of crime; maybe he just needed to pay his gambling debts, or score some tiny turtle smack; maybe now he’s thinking about how tough life’s going to be for a turtle in the big house, or at least wishing he was able to run away from the cops a little faster. At any rate, he’s just about the only Slylock Fox villain I’ve ever seen look remorseful; usually Shady Shrew or Slick Smitty or Count Weirdly react to being snagged by the long paw of the law with a smug, shit-eating grin, knowing that they’ll be out on the street committing more petty crimes in a pointlessly convoluted fashion soon enough.

Also, I think there may be Fourth Amendment issues involved in this police station’s “check all suspects for ear mites” policy.

I’m too lazy to figure any of the differences in the “six differences” puzzle, but I’m pretty sure the dude on the bed is dead in both versions of the cartoon. At least he appears to have died happy. The cat seems pleased about this situation, but presumably it will change its mind when there isn’t anything left of the corpse to eat. 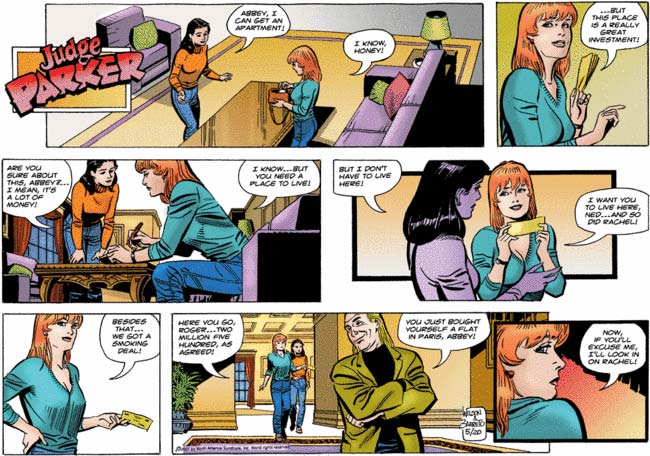 This is clear illustration that more than $2.5 million in the checking account + a total lack of impulse control = big, big trouble. For a while, many have believed that Roger has misrepresented Rachel’s dementia and his right to dispose of her property; today, I’m beginning to suspect that this isn’t even Roger at all, as he’s clearly peeled off his fake mustache as he heads out the door (and somehow managed to become even more unattractively simian-looking in the process). 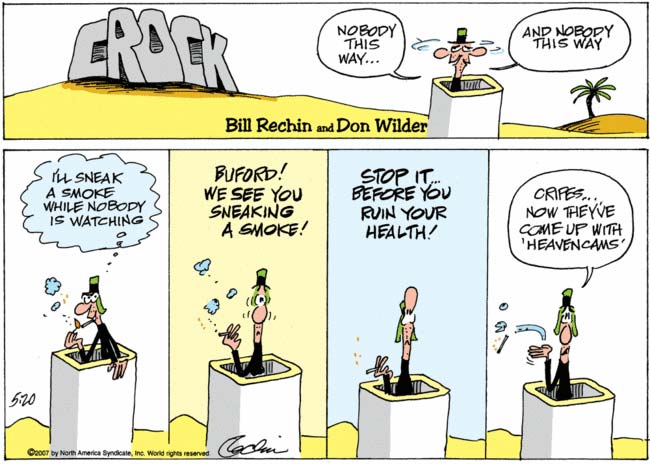 It’s a sad day indeed when God Almighty’s awesome power of omniscience falls out of favor in the popular mind and must thus be rebranded as “heavencams.” Of course, since He created all of time and space, He really only has Himself to blame.