Every time he opens his mouth, Hugh serves as a further indictment of the English public school system, keeping in mind that in the crazy mixed-up world on the other side of the pond “public” means “private and very, very exclusive.” At whatever posh boarding school he went to, he clearly didn’t pay very close attention in Introduction To Talking To The Lower Orders So That They Can Almost But Not Quite Tell That You Hold Them In Contempt.

The last two day’s worth of this soap opera strip actually achieve something that most gag-a-day strips flop at, which is good timing. Yesterday, June curtly informed Hugh that she was in the medical business but wasn’t a doctor; clearly he’s been standing in the doorway, gears grinding in his blond, mop-topped head, trying to get his mind around the concept, before he amusingly stumbles in and continues the thought in panel three.

I have long been concerned about the Desert Sage’s home, which I think is supposed to be a cave but is always depicted as the same unnatural bright yellow as the rest of Crock’s desert setting. It’s as if he’s living in a sand castle, one with an entrance so large as to render the whole thing structurally impossible. Today is the first time I can remember seeing this hovel from the back, which makes it clear that it’s really about the size of a single person; it also appears to only be about forty feet from the Foreign Legion fortress, which sort of takes away a little of the Sage’s isolated hermit mystique. On the other hand, given how tiny his sand castle/cave/whatever it is, it’s probably for the best that he can just go knock on the Legionnaires’ door when he has to use the bathroom.

There’s something heartbreakingly tender about the Mark’s facial expression and the way he’s cradling that dead duck. It’s as if he’s saying, “Gosh, you sure were a noble and beautiful creature! If things were different, you’d be flying free, a gorgeous bird up in the sky! I’m going to give you the dignified funeral you deserve, just as soon as I finish tearing open your torso and poking around inside your digestive tract.” Frankly, I expected that when he found the duck he’d immediately start punching the corpse and shouting “WHERE ARE SAM’S EYES? WHAT HAVE YOU DONE WITH SAM’S EYES?”

And yes, as many of you have pointed out, that “female” mallard clearly has male markings. Can anyone who gets this strip in the paper tell us if the coloring is implied in black and white, or was added later by non-animal-loving colorists? 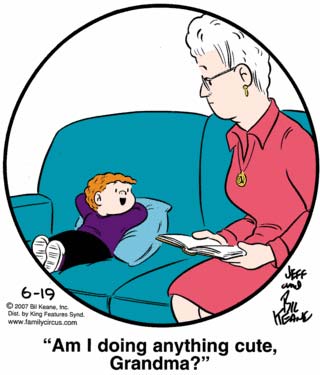 The Family Circus children are always unnaturally small, but the trend has reached a really disturbing point today. Either Jeffy is only eighteen inches from head to toe or Grandma is a terrifying giant. Either way, she can probably just crush him like a mosquito with her book if he keeps nattering on like this.

My name is Dr Jeff Corey ,”special friend” to Mary Worth, widower to Jack Worth, accountant of REPSOL PETROLEUM AND GAS company in Equatorial Guinea. I am 69years old, suffering from long time cancer of the prostate. From all indications my condition is really deteriorating and it’s quite obvious that I won’t live more than expectations according to my doctors.This is because the cancer stage has gotten to a very bad stage. I want your pity but i need your trust.

My “special friend” is wealthy from her husbands ill-gotten gains and has allowed me to manage her finances,but she only spends the money on cravats and pool parties,she does not care about the poor or needy.The doctor has advised me that I will not live for more than few months, so I have now decided to use my access to her accounts to spread all her wealth, to contribute mainly to repairing CLEFT PALATES in VEITNAM.

Before my “special friend’s” late husband died he was a major oil tycoon as I said,and deposited the sum of US$14,000,000.00( Fourteen million dollars) in one of the Security Finance Firm in the Netherlands. i need you to collect this funds and distribute it according to the God wishes and for charity . so that when i die my soul can rest in peace, instead of being doomed to hell like my “special friend”.

The funds will be entirely in your hands and management; i beg you to send them to “peace village hanoi” in VEITNAM. i hope God givesyou the wisdom to touch many lives,that is my main concern. 20% of this money will be for your time and effort,while 80% goes to charity. So if you know you can assist me then forward to me immediately the following informations to my email (drjeffc0rey@yahoo.es): FULL NAMES AND ADDRESS, PRIVATE PHONE, YOUR NATIONALITY, OCCUPATION, AGE and your Marital Startus.

May God bless and protect you always.
Dr. Jeff Corey 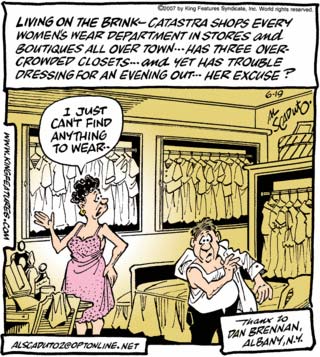 Curmudgeon domination of TDIET continues! This one comes from faithful reader Dan B. “Hoo-ray for generalizations!” he says.