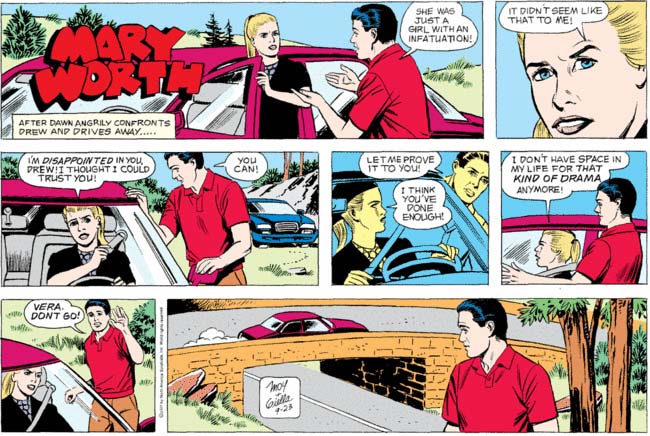 This week’s object lesson in How Not To Dump A Lady has all in all been pretty satisfying. Admittedly, it could have been much more demented, but, seeing as this is Mary Worth, we really ought to be satisfied with a big smack and some pointin’ and quotin’, and Vera angrily driving off in her tiny, tiny magenta car. And of course there’s still more to come in this plot. Maybe Drew will set the next chapter in motion by doing a little thinking as he stares mournfully after Departing Girlfriend #2: “…wait, ‘that kind of drama anymore’? Didn’t she say that all of her drama was with her brother? Hmm, dodged a bullet there, Cory…” 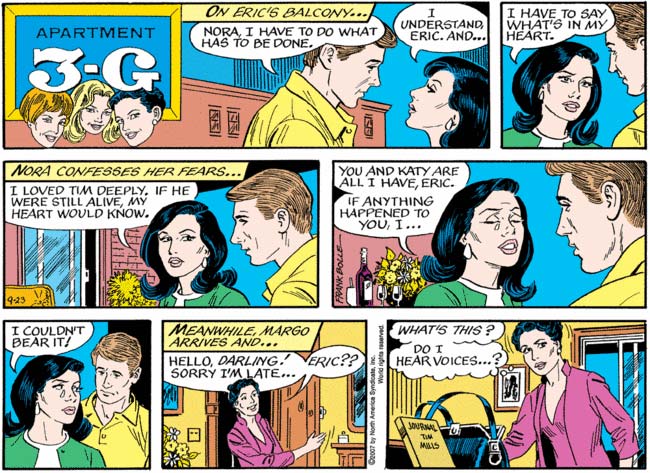 As Mary Worth’s drama has hit the afterburners, Apartment 3-G has uncharacteristically spun its wheels, running out the clock with stupid dates involving ancillary characters when we all know that the epic Spurned Margo Moment Of Truth is coming eventually. Presumably King Features feared that if both strips were at maximum awesome simultaneously, the comics-reading public wouldn’t be able to handle the excitement. It looks like we won’t have much longer to wait, though: as soon as she determines that one of the voices she hears is Eric’s and the other belongs to a human female, all portions of Margo’s brain will shut down except for the little red throbbing one in the corner marked “KILL”. Nora’s Majestic Noble Tears power will be no match for Margo’s Savage And Repeated Punches To The Face And Throat fighting technique. 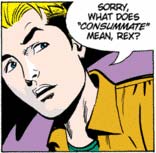 Jesus, Rex Morgan, M.D., can’t you at least make this kind of challenging for me?