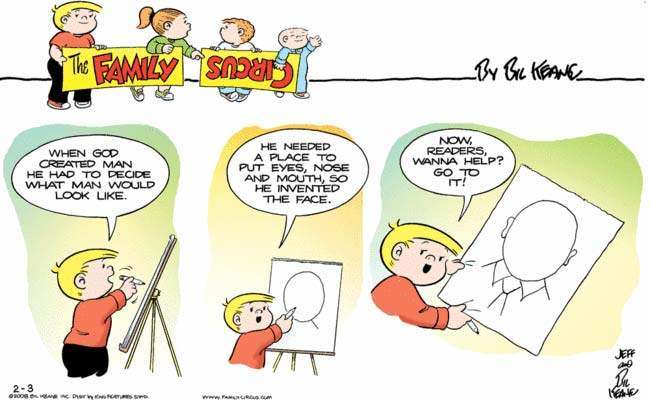 Hmm, Billy, maybe that’s what they teach you in your liberal secular humanist public school, but I have someone here who’d beg to differ. A little someone named Genesis 1:26-7:

So you see, Billy, there was none of this blasphemous decision-making process that you envision, as God simply copied His own preexisting Face for mankind. And He certainly didn’t request any help from the peanut gallery as you appear to be doing, either. As to where exactly God got His Face from, or as to what need he Has for a human-type Face, exactly, those are the sorts of questions that would get you a good paddling if you were going to the sort of school that made this country great. 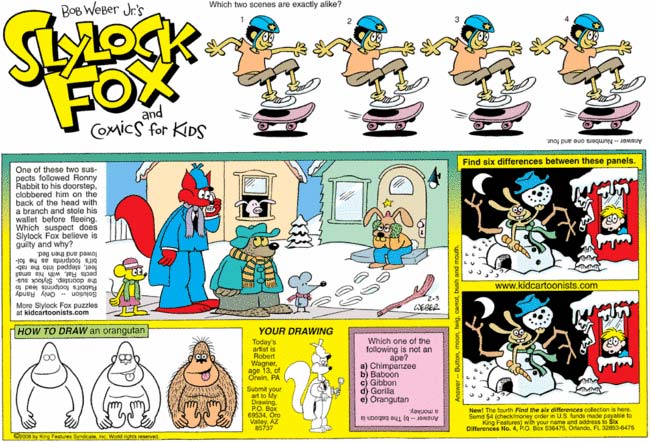 After Pearls Before Swine borrowed the Slylock Fox formula a few weeks ago, we should have expected that the PBS gang would make a reciprocal appearance before too long. Followers of Rat and Pig’s adventures probably don’t need any fancy process of ratiocination to figure out just who slammed a tree limb into the back of an innocent bunny’s head for not good reason. More disturbing to me is the Six Differences, where a hungry rabbit has hollowed out a snowman from the inside and is now triumphantly holding his noggin aloft à la the Headless Horseman. Our towheaded youth will be describing this scene to his therapist for years to come. 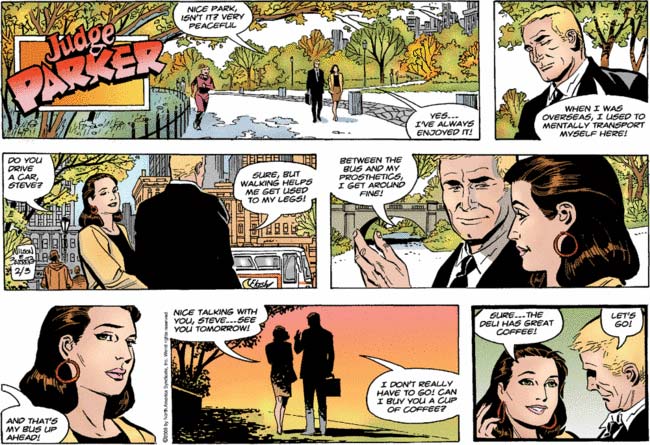 “Sure, let’s have an impromptu lunch date! It’s not like my dying mother isn’t going to still be dying in a few more hours; plus, the longer you linger with me, the better sense I get of how little effort will be expected of me when I actually start working with you!”