Man, Mr. HOW ARE YOU GOING TO KILL IT just will not let up, will he? At least he’s now gone to a we’re-all-in-this-together scheme with a first person plural rather than an accusatory second person, but he’s still damn annoying. I think Skinny Coroner Guy’s MRSA advice is just an excuse to throw bleach at Yelly McShouterson and then “limit contact” with his fists.

It’s possible that our volatile vested fellow just uses this catchy phrase as his catchphrase in any and all situations. Those of you who are better than me at using Photoshop might enjoy exploring the different people and things he’s shouted HOW ARE YOU GOING TO KILL IT at, like so: 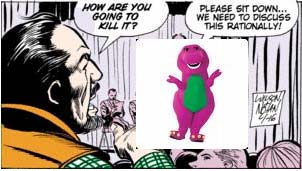 I just want to point out that Luann and her mother are both ignoring that the Standard Creepiness Rule for dating age differences, as canonically described in this xkcd comic, allows for a larger age gap as both parties get older. Thus, it’s creepy for a 21-year-old to date a 16-year-old (those are my assumptions about Luann and Ben’s ages), but it’s not creepy for, say, a 30-year-old to date a 24-year-old, or a 45-year-old to be married to a 33-year-old. Sorry, Luann, you’ll just have to wait until you grow up. 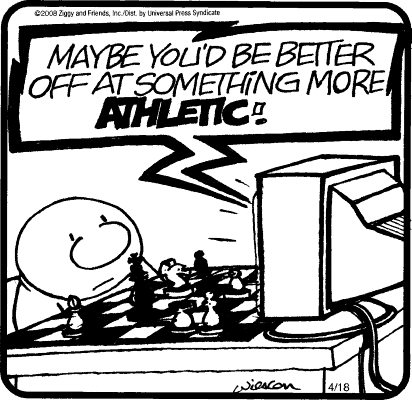 Wow, somebody doesn’t understand how computers or video games work at all. It’s even less athletic than you think, dude.

Man, leave it to Apartment 3-G to make even the hot girl-on-girl action boring. Please, Gabriella, this eyebrow-peck is hardly gasp-worthy.

I know I shouldn’t be looking to Lu Ann for a firm grasp of economics, but isn’t the whole point of keeping the number of prints limited to drive the price up? It’s supply and demand, just like we learned about in Curtis the other day. She’d just be encouraging her initial buyers to get rich in the resale market, if her paintings were any good.

And if there’s one group who learned the hard way that you shouldn’t pay for genetic engineering unless you have the money to do it right, it’s the lumpy, mutated flipper-people of Gil Thorp.