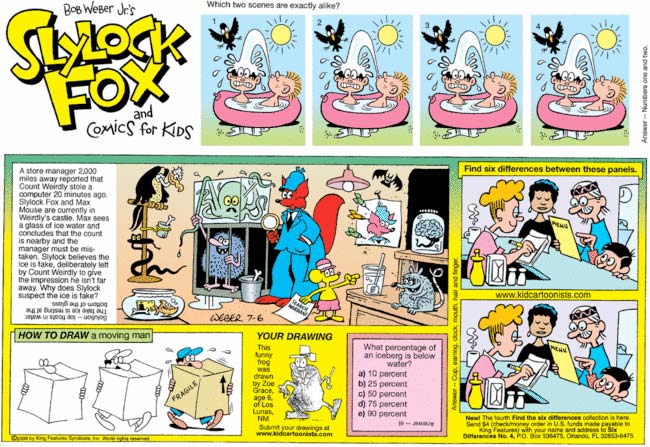 Never mind Count Weirdly’s unnecessarily complex plastic-ice-cube-based alibi for his rather pedestrian Best Buy theft. How could the callous Count have left his menagerie of beasties alone without fresh food and water during his long trip? Whatever food the fish and the vulture were left with has been reduced to mere bones, and the hairy thing in the cage appears to just be urinating all over the floor. I don’t even want to think about how long it’s been since the brain in the jar has been watered. Perhaps Weirdly’s pointless computer crime was just an elaborate, roundabout way to get Slylock and Max to come and feed his pets, or possibly be eaten by them.

I love the aging hippie in the Six Differences. Perhaps he’s taking his grandson on a tour of America’s diners, his aging psychedelic van still blaring “Freedom Rock” out of the 8-track player as they roam our nation’s byways. 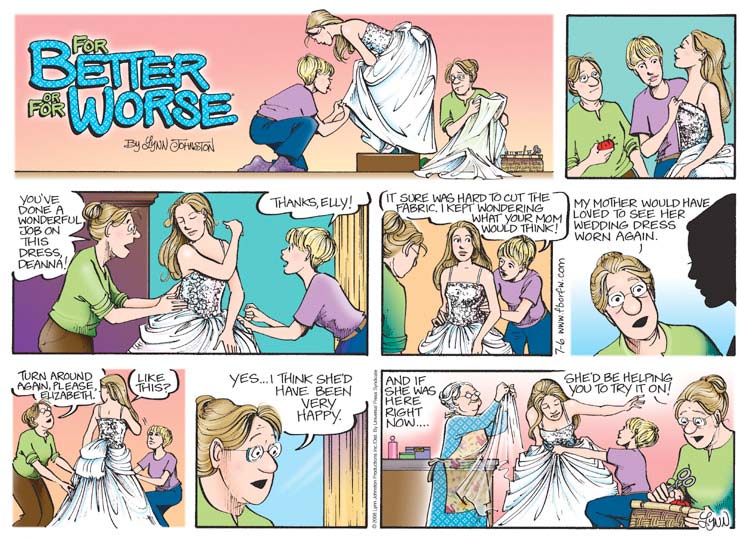 Grandma Marion is learning the sad truth about the comics afterlife: despite the fact that you no doubt remember yourself as the ravishing young bride who actually wore the dress that you’re ectoplasmically helping to mend, you instead only get to come back as aged and potato-nosed. You’re also wearing an apron, because even in the Great Beyond, you’re expected to cook. 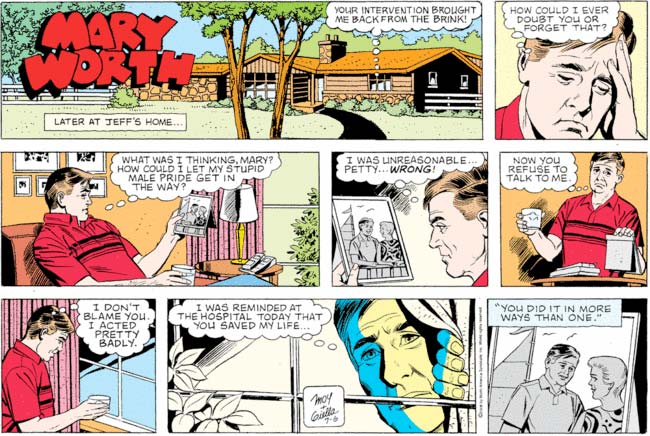 “Clam down” is going to be my new all-purpose reaction to people who sound like crazy men. If they are actually crazy, it’ll freak the hell out of them. “CLAM DOWN, MAN! CLAM DOWN! OYSTER! CLAM CLAM! BIVALVE!”