The feature that brought you “Belly Laffs” now presents a running “gag” that’s even more recycled-art-a-riffic: “Ask Marvin,” in which not even the third panel contains any illustrative artwork! No, it’s just three panels of a terrible, typing baby, who urges his fellow infants to be so incredibly hateful that parents won’t just think twice about having more children, they’ll actually be physically unable to have sex because they’re so soul-blightingly exhausted!

Speaking of babies, faithful reader aquagirl2 fears that her youngest bears more than a passing resemblance to the terrible Marvin. What do you all think? 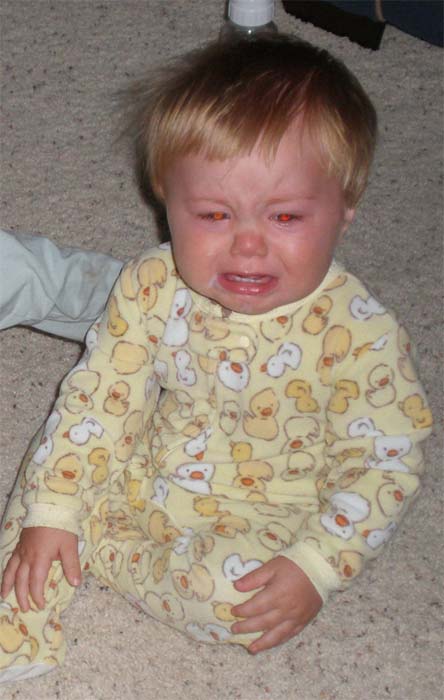 The haircut is a little uncanny, I think, but that’s easily fixed with scissors or clippers. Remember, a bald baby is better than a Marvin-resembling baby.

UPDATE: At aquagirl2’s request, I’m posting the other pic she sent me, in which her little Marvin-a-like looks happier and cuter. I didn’t put this up originally because he doesn’t look as much like Marvin here — in particular, his eyes aren’t let up with Satan’s hellfire — but he does seem to be thought-ballooning something, possibly about making his parents’ life miserable, or about crapping. 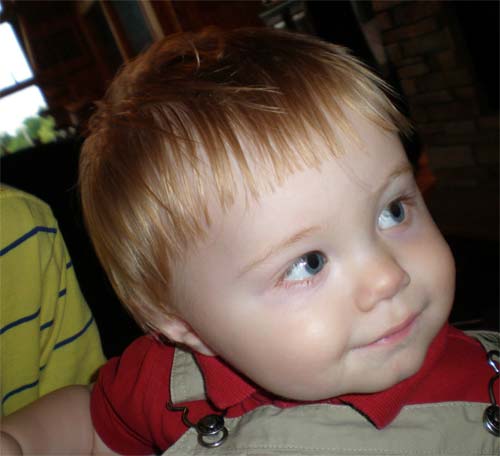 Elmer’s too dumb to realize why “that job for [his] coach” involves painting a huge target in an open field and standing on the bulls-eye. Having already bombed Jimmy Hughes’ house with his deathplane, Gil is now flying to Michigan to eliminate Elmer as well, determined to put an end to these painfully boring summer storylines once and for all.

You probably think that we can’t see your thought balloons, and that you therefore are free to visualize your shirtless husband whenever you’d like. Well, we can, and you aren’t.

Ho ho, the battle of the cranky old folks just keeps getting better! It’s pretty obvious that at the end of this trip to the cemetery somebody’s going to end up at the bottom of a shallow grave — but who? I’m on tenterhooks!