Wait, are we expected to believe that Biblical patriarchs are pluggers now? Because … because I refuse to do so. I refuse, do you hear me! The great figures of the Old Testament were chosen by God to be the defining figures of their age, picked out to work the will of the Divine on Earth. This clashes with everything we know about pluggers, in that the latter are simple, self-effacing folk who don’t want any special recognition, and are also lazy and incompetent.

And I don’t even want to get into the theological implications of Noah being a terrifying beast-man, and what this says about his potential relationship with the other creatures in the ark. 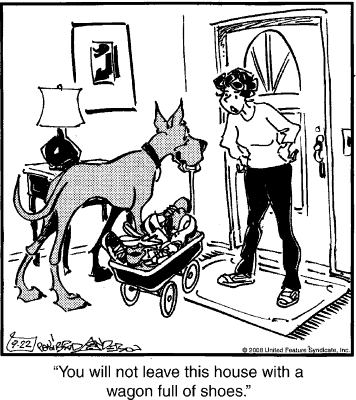 Yeah, you tell ’em, Dottie! Your dog may be an insatiable, all-devouring hell-beast, but you can at least keep him from parading down the street with his collection of grisly trophies, the feet being the one part of a person that he for some reason refuses to eat.

This feature has previously supplied such disturbing characters as “Ass-Licking Dog” and “Coke-Sniffing Dog,” but I think that “S&M Dog” is a new low. 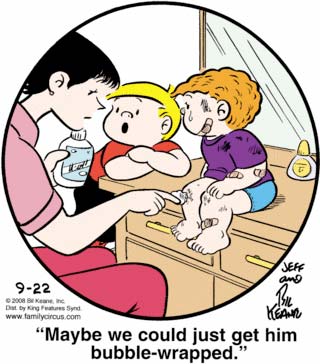 “Or you could stop beating him, you heartless monster.”