It’s the Fall Fundraiser! The Comics Curmudgeon is depending on generous readers like you!

Lois, if you’re going to raise expectations like that, shouldn’t you make some minimal effort to meet them?

Mary suggested Iris should maybe spend a little more time with Tommy. Now she has to settle for a mere week of congratulations, because they squandered the Peace Prize on that Santos dude. 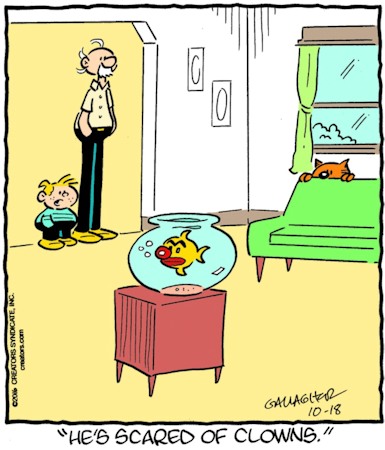 I guess it must be far enough down the line for Michelle and Jordan Like the Country to resume flirting. ‘Cause that’s some straight-up banter right there. 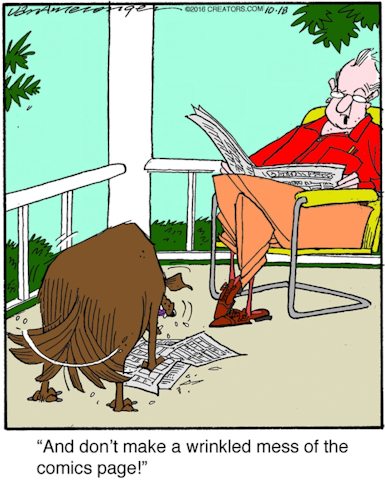 Too late, by decades.

At this point in my life I’m pretty deep in the throes of Marvin Derangement Syndrome, so I don’t really ever expect to find satisfaction in this feature’s panels. But I have to admit that I feel a certain amount of validation in knowing that even the other characters in the strip are disgusted at the thought of looking at more images of Marvin.

Ballard Street is a generally amusing one-paneler that depicts a mostly interchangeable cast of characters engaging in insane and inscrutable activities, so I usually leave it alone, but I thought that today’s installment, in which the punchline basically boils down to “Chip got drunk and passed out on the couch,” was worthy of your attention.

I was going to huff that a plant needs the energy it derives from sunlight via photosynthesis in order to engage in the metabolic processes that this woman is demanding, but then I just decided to respect this panel for what it is: the melancholy tale of a person who feels so powerless in her everyday life that she comes home and bullies her plants.

A plugger’s life is an awful charnel house in which everyone around them is dead or dying. 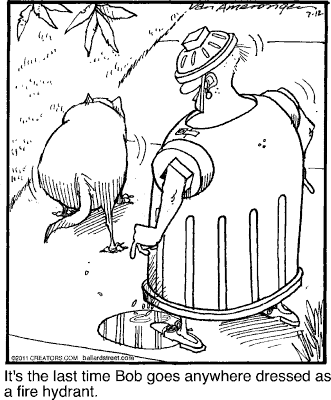