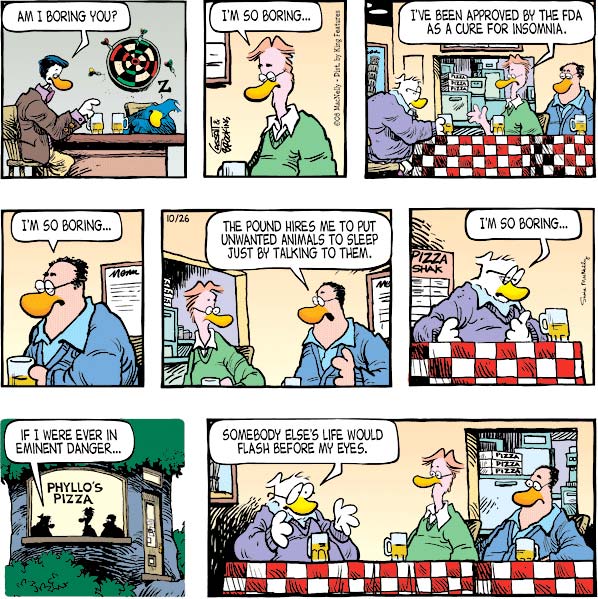 Sunday’s Shoe has discovered the ultimate recipe for hilarity: have a bunch of characters, most of whom you’ve never met before and have no attachment to, sitting around telling tedious jokes about how boring they are. In the gut-busting climax, the Perfesser tells a joke that’s both boring and ancient; ironically, the syndicate seems to have demanded that the awkward phrase “in eminent danger” replace the more obvious and straightforward “dying,” thus making the gag even duller.

By the way, I shaved the initial panels off of the shockingly huge Sunday Shoe graphic, because they were even less interesting than the ones you see here. 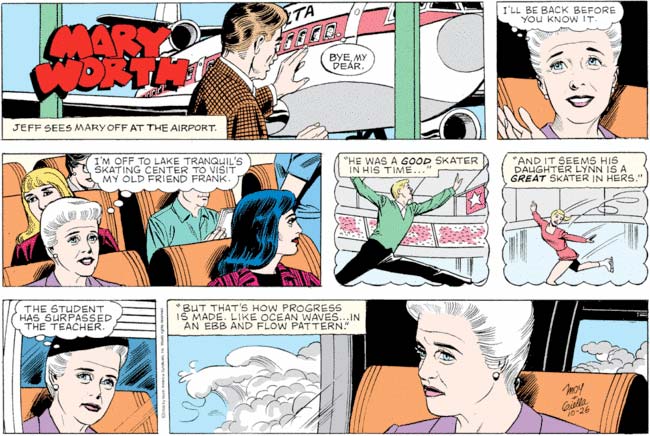 Speaking as a connoisseur, this is an extremely satisfying Mary Worth, combining as it does fan favorites (random, rambling platitude-laden thought ballooning) and exciting new elements (laughable fantasy skating action). Mary’s “ocean wave” riff is echoed by the oddly shaped clouds out her window; it’s possible that those are actual ocean waves, and her plane is about to plow into the sea and deliver her to her watery grave, but that’s probably asking too much. 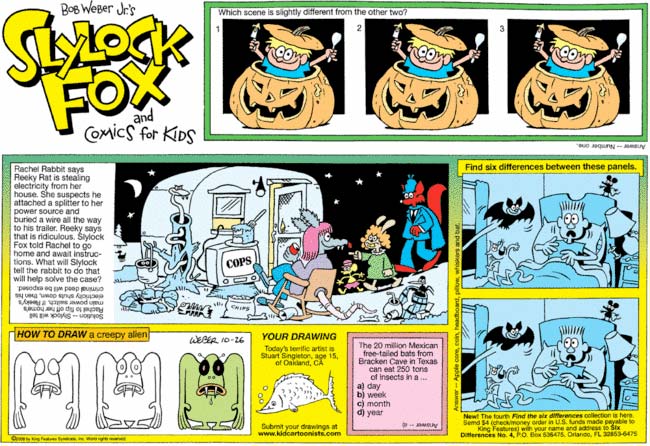 I actually agree that Rachel Rabbit’s accusation is ridiculous. It’s obvious that any attempt on Reeky’s part at electrical work more complex than plugging in a hot plate would result in his immediate painful and high-voltage death.

Yes, of course he is, dear.