While a small but tragic percentage of people who say (or thought-balloon) things like “Who is this friendly, cheerful woman and what has she done with the real Nora Mills??” suffer from a form of mental illness, most people are speaking figuratively. “Ha, obviously this person is in fact Nora Mills, but she is acting in a way so at variance with her normal behavior, it’s as if she’s a different person! Which I know isn’t really true! I’m not coked up and paranoid, not me! Steady, Margo, steady…”

But Margo’s speculation may in fact be neither delusion nor elaborate metaphor. Because this Nora Mills has a short and kicky haircut, while the one we met earlier had shoulder-length locks with a Marilyn Quayle flip. Now, normally that would just be an indication that Nora decided on a new hairstyle, but in Apartment 3-G-world, hairstyles are the only way to distinguish between people of the same age and gender. (I was going to add “ethnic group” to that list, but then I realized, ha ha.) Thus, it is actually quite likely that this is an entirely different Nora Mills, possibly because Margo doesn’t realize that the first Google hit on a relatively common name isn’t necessarily the person you’re looking for.

Oh, June! If you think you’re going to extract some kind of refund from a bankrupt corporation, let me sit down with you and explain the term “secured creditor.” Still, you’re also gamely attempting to seduce your husband by showing some leg, so I guess hope springs eternal.

Like the rest of us, Dick has clearly become bored with this perfume storyline and has put on his cat-burglar suit for a little breaking and entry. Whether he’s doing so as part of a secret government operation, in league with a rogue group of law enforcement officers with their own agenda, or just because he wants to steal some stuff, it’s sure to be more interesting than the marketing of “Love Fire.” 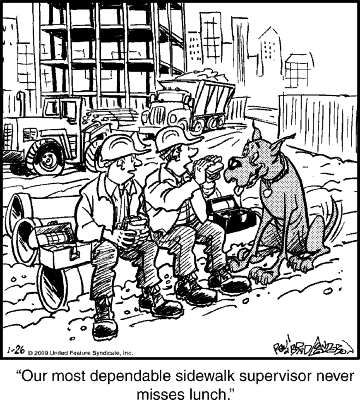 “And yet he’s not here! Maybe this slavering hell-hound with what looks to be blood all over his teeth has something to do with that.”