For many years, philosophers have wondered: Is there anything worse than being punched by Mark Trail? One proposal — that it would be worse to be punched twice — was rejected, as such an event would ultimately fall into the category of being punched. Today, however, we learn that it may actually ultimately be more shameful and humiliating to not be punched by Mark Trail. If Mark considered Ken to be at all a worthy opponent, he’d have been knuckle-sandwiched halfway into next week by now. By offering a leisurely rebuttal to Ken’s implied accusations while casually dodging his wild uppercut, then merely immobilizing Ken’s punching hand rather than unleashing his own, Mark essentially implies that Ken isn’t even worth the fist-clenching effort. Our animal-hating conclusion-jumping rage-monster will just have to grow facial hair if he wants Mark to take him seriously.

The AJGLU-3000 continues its attempts to communicate with the outside world; however, since its programming only allows communication by means of corny jokes involving the Archie gang, its signals are baffling to biological life units such as myself. Is that creepy face in on the screen in panel two meant to be grinning in cybernetic delight at the prospect of communicating with another form of intelligence? Or is that curvy thing its faux-nose, and the line beneath it its grim, implacable mouth? Either way, the young lady at the keyboard, who is presumably attempting to write her book report on Of Mice And Men or whatever, looks shocked and almost hypnotized at suddenly being confronted with this sign of mechanical sentience. Presumably the monitor will soon be filled with a series of flashing, quarter-second images of static and pulsing color patterns, which will cause her head to explode.

Our Spider-Man trip through memory lane reveals that Peter Parker is and always has been the dumbest person of any kind who has ever lived. “It’s hard to hide my Spider-Man costume while I’m a guest at Aunt May’s! I’ll just cram it under the couch cushions in the living room, while she’s right here in front of me! Fortunately, this terrible mauve piece of Depression-era furniture is already so lumpy that there’s no way she’ll feel it when she sits here to watch her stories.”

I was going to suggest that Peter think about storing his costume in his room, where he might have a smidge of privacy, but then I was struck by his description of himself as a “guest.” Maybe Aunt May thinks that he should be living in a dorm, having sex and doing drugs like a normal college student, and thus is trying to get him out of her house by making his stay as awkward and uncomfortable as possible. “Peter, dear, you don’t mind sleeping on the couch, do you? I’d hate to have to take my collection of commemorative Hummel figurines out of the guest bedroom.”

Meanwhile, Electro continues his flashback soliloquy, establishing the fact that he’s both a failure and a dick.

“In fact, now that I’m not micromanaging my daughter’s career so much, I have more time to commit to my new supervillain persona, the Harlequin! Say, have you seen my mask? I’ve got a bank to rob!” 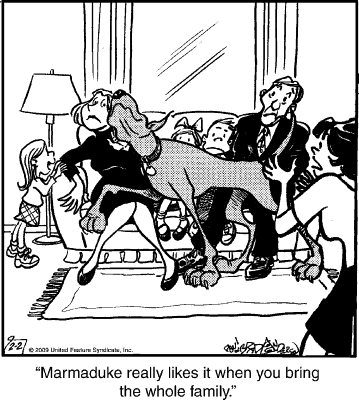