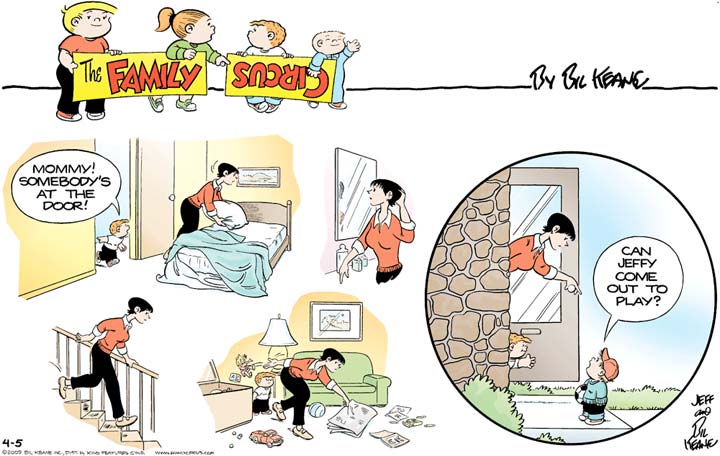 This has got to be one of the most heartbreaking Family Circus cartoons I’ve ever seen. After spending all day (and all of her young womanhood) shut in with her litter of squallers, she’s suddenly confronted with the prospect of interacting with another adult — someone who wouldn’t want to spend time in a living room covered with cheap plastic crap and poorly-colored pictures, someone who she might even want to look nice for. Naturally, it turns out to be just another one of the little neighborhood urchins. At least he’s proposing to take Jeffy outside, so she can weep with abandon. 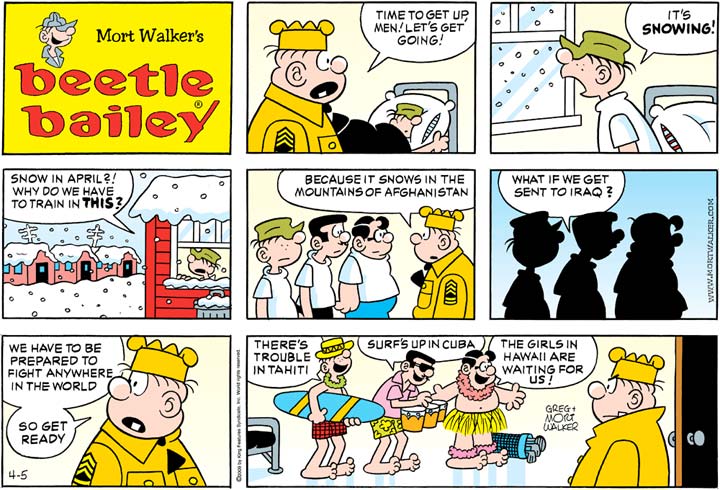 At long last, Beetle Bailey admits that American soldiers in training might be preparing to do something other than make stale jokes about alcoholism, sexual harassment, and fisticuffs! Still, one has to hope that the final panel — in which it is suggested that Castro’s long-standing paranoia about a U.S. invasion is true, that France’s Pacific possessions will be an invasion target as America gets involved in its first-ever war with a nuclear-armed opponent, and that American soil itself will soon find itself under military occupation and martial law — is as far removed from reality as this strip’s typical content. 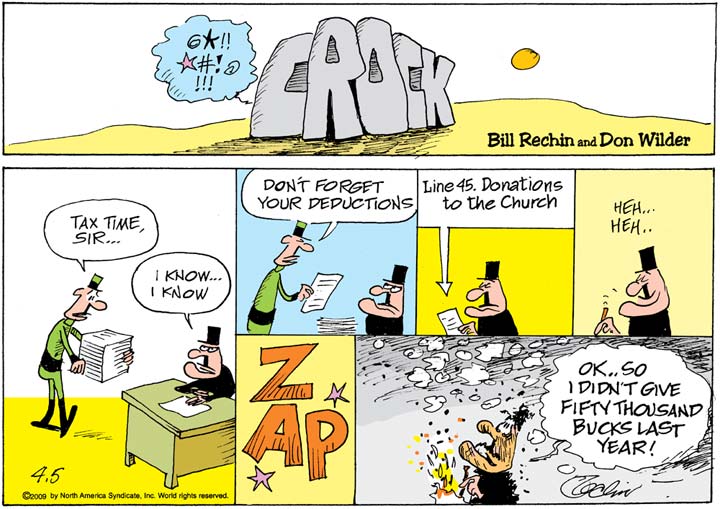 The throwaway strip that sits atop each Sunday’s Crock always features the strip’s title character’s name carved into a stone monument sitting majestically in the middle of the desert, like some kind of Ayers Rock-like monument to the French colonial empire; generally random characters wander around said Crock-rock making confusing references to the joke to follow. So I suppose I shouldn’t be unsettled by today’s edition, in which the great monolith seems to be muttering obscenities to itself — but I am, OK? I really am.