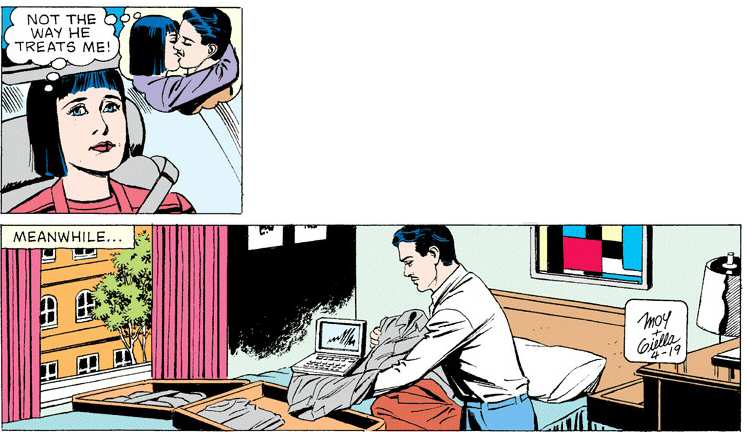 OK, we already knew Mary Worth speech balloons could have thoughts. But who knew those thoughts could themselves have other thoughts? Are they self-aware? Do they wake each morning drenched in sweat at the horror that they are second-order thought balloons in Mary Worth, and moan in heartsick agony for lack of a pin? And, y’know, fingers?

Meanwhile . . . it looks like Ted has come to his own stark realization — and his thought balloons are shouting “Get the hell outta Dodge”, all the way down.

To understand the dysfunctional dynamics of the Morgans, you’ve got to look past appearances. Despite her sippy cup and daisy-themed eyewear and apparel, Sarah has accepted the role of “adult” in the family, even though Rex still wears the pants. At least for the moment. 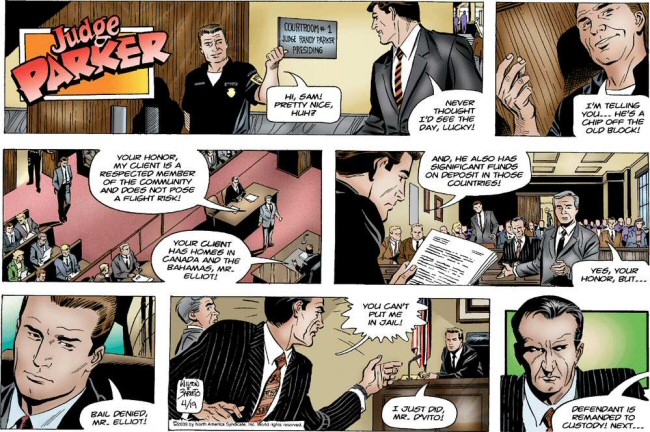 Finally, I must post in its full glory this epochal Judge Parker featuring Randy’s first day on the bench. Judge Randy breezed straight past Judge Sparky and Judge Donny into “Courtroom #1” — but the real decisions are made out back when the pals get together in their keen treehouse “Judge Club.” It’s exclusive — like the sign says, “No Girlz Alowd!” And that suits Randy just fine.

OK, that’s it for me! Josh gets home from vacation late Sunday, and maybe probably could get around to posting again sometime Monday or hey what was that noise my my look at the time oooh shiny!